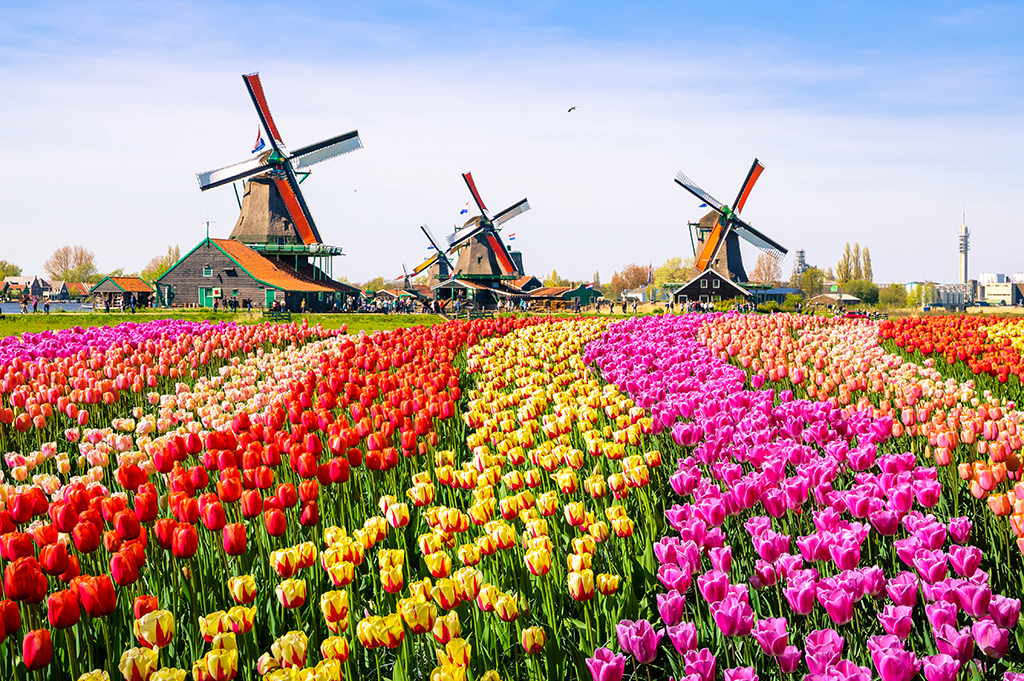 When Christmas is out of the way and the New Year’s resolutions are in full swing, we all need something to look forward to. And, if spring is your thing, you’re probably already counting down the days until those first buds start to appear

We know many people will have their hearts set on that summer holiday, but we think why wait? When spring comes knocking, it’s time to get packing because the Dutch Bulbfields offer the perfect post-winter getaway.
It’s the time that Holland transforms into a sea of colour, from the brightest of yellows, to the deepest of pinks, it’s not just an anthophile’s dream.
First comes the crocus season, followed by daffodils and hyacinths, then the grand finale, the tulips! From mid-March to mid-May, Holland’s green spaces get a whole lot more impressive and the Dutch Bulbfields are a worthy inclusion on any persons bucket list. 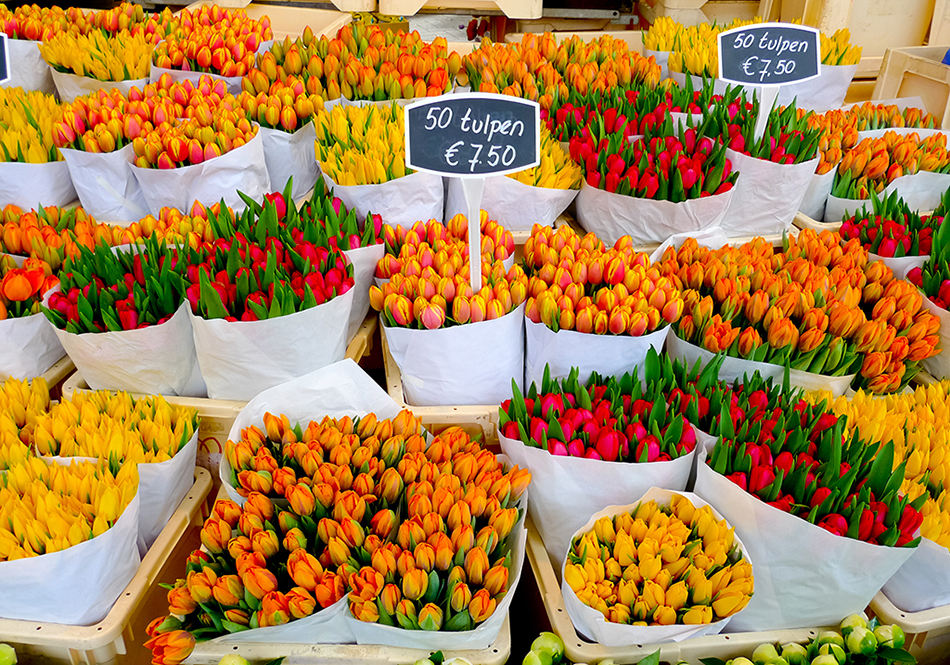 The Dutch fascination with tulips certainly isn’t new. First introduced to Dutch Merchants from the Ottoman Empire in the 16th century, unlike any other flower at the time, the intense petal colour fascinated Europe and the flower grew rapidly in popularity – and so did the price.
In fact, at there was a time that the flower was so valuable, it was even used as currency. That’s why they called it ‘Tulip Mania’.

Although the value of a tulip will no longer buy you a house by the canal, throughout April, the Dutch capital still honours the humble tulip with its very own festival, showcasing an impressive 500,000 of them throughout the city!
From the EYE Filmmuseum, Hermitage Amsterdam and Hortus Botanicus to the Museum Van Loon, Rijksmuseum and many more public spaces throughout the city, you can be sure to spot some spectacular displays whilst in Amsterdam.
And, of course, as the hours of sunlight grow steadily longer, there really is more time in the day to enjoy the best of Amsterdam. Maybe having a leisurely break, sipping on a Dutch beer by the canal? Albeit, with the help of a patio heater every now and then. 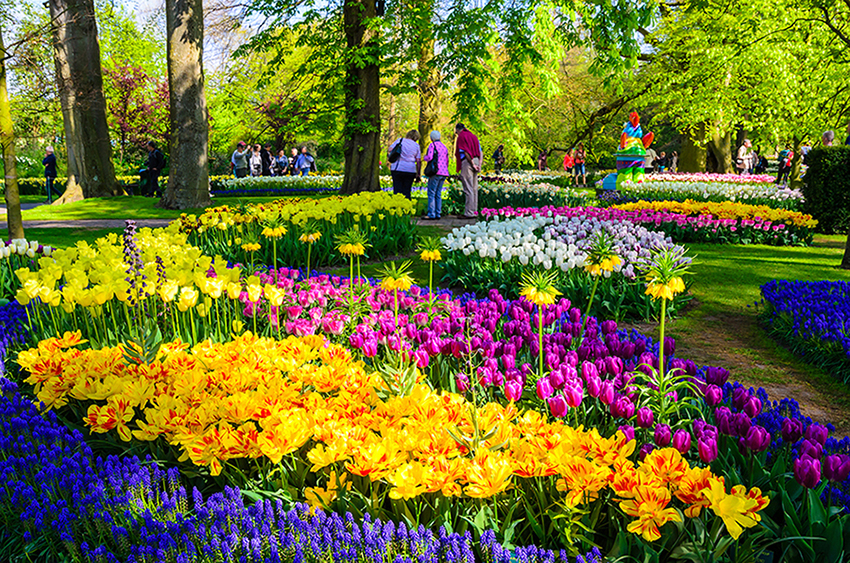 Just a short hop away from Amsterdam, you can reach the real holy grail of the tulip itself, the stunning Keukenhof Park. 79 acres of flowers and fragrance, the park is considered the ‘Garden of Europe’, a well-deserved title, we must say.
Unlike anywhere else, the park has attracted a whopping 50 million people since it first opened, with almost 75% of those visiting from other countries.
It’s one of the world’s largest flower gardens, with more than 7 million Tulips, Hyacinths and Daffodils on display over 8 weeks of spring.
Surprisingly enough, the bulbs are provided for free by over 1000 Dutch growers, and at the end of the show season at Keukenhof, the team of gardeners have orders to dig out the millions of bulbs and destroy them, ready to start fresh for the next year.
Although, the bulbs don’t go entirely to waste, maybe in stark contrast to the Tulip Mania era, most will be used as food for farm animals.
The gardeners will then hand plant next year’s bulbs in Autumn, taking 3 months to create a brand new design. So, if you’re wondering is it worth going back and visiting Keukenhof again, it sure is! 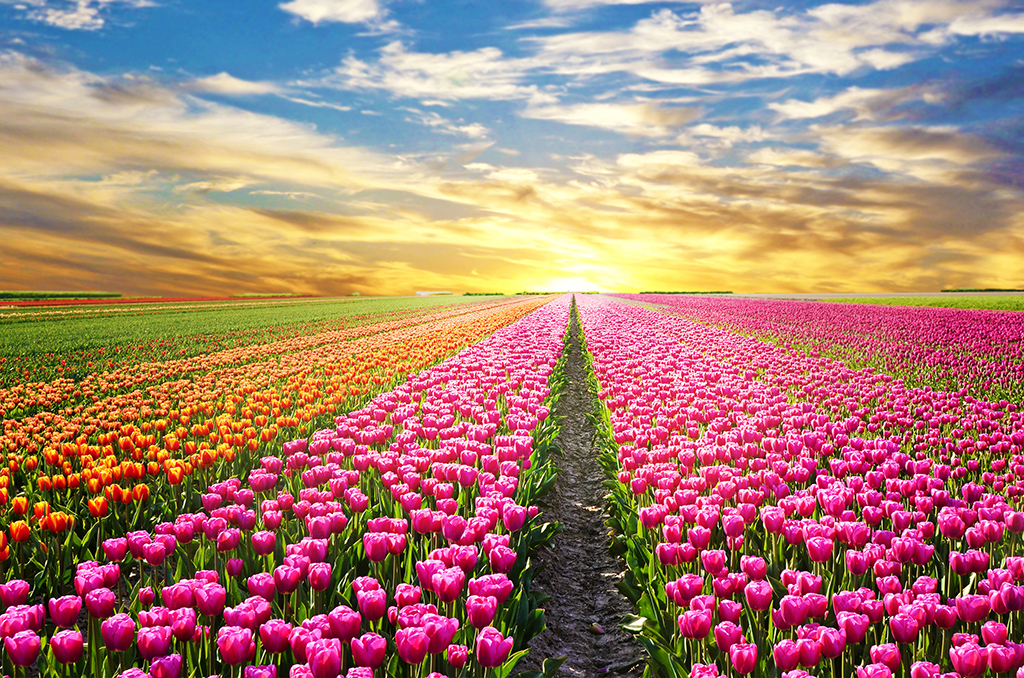 But, it’s not just Keukenhof where you can enjoy mass amounts of tulips all in one place, the bulbfields themselves are just as impressive.
Fields of vibrant colours line canals and road sides, with windmills rising up from the sky line, the growing fields of this fabulous flower are certainly a sight for sore eyes. Even Vincent Van Gogh thought them worthy of a masterpiece, as the fields feature in many of his paintings.
Every spring draws huge crowds, with cameras to capture the spectacular sight in their own snap shot. Even if you’re not particularly into flowers, this one makes a great photo.
Even though these fields are beautiful, and attract tourists in their droves, they are also economically valuable to the Netherlands. A high proportion of the country’s exports are freshly cut flowers.
In fact, Holland holds the title of the biggest player in the flower game, making up two thirds of the world’s flora sales! You can even buy tulips in New York that were cut in Holland that very morning! Now, that’s impressive.
So, if people in New York are enjoying a little piece of Holland, why not try some for yourself? Our popular Dutch Bulbfield tours will be departing through March and April so why not book your getaway today?

One Reply to “A Spring Fling: The Best of the Dutch Bulbfields”