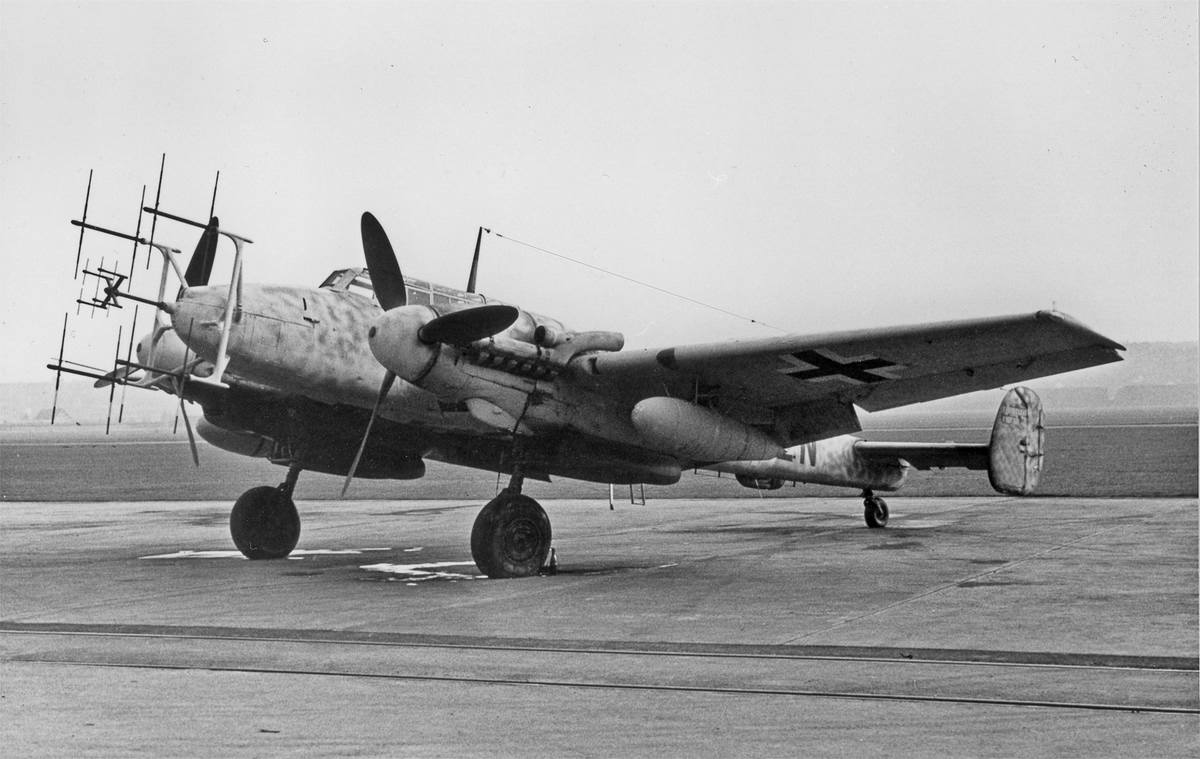 Many visitors to the Schindler Factory Museum in Krakow stop for a moment to read the inscription on a plaque commemorating the crew of a B24 Liberator which crashed onto the barrack area in the factory compound (other parts of the aircraft landed on the far side of the River Vistula).

The aircraft from 178 Squadron (KG933) was involved in a large-scale operation to supply Polish Home Army forces involved in the Warsaw Uprising. Very few of the visitors who stop to look at the plaque are aware of the circumstances which led to the aircraft crashing, even less the fate of the surviving crew members.


At 17.00hrs on 1 August 1944, a bomb exploded in the headquarters of the Krakow Gestapo. This explosion signalled the beginning of the uprising. Within hours, an urgent appeal for supplies was sent out to London by the Poles.
Whilst this appeal received a sympathetic hearing, the practicalities of ferrying supplies by aircraft presented serious difficulties. Warsaw lay approximately 1,500 km from London, a long and perilous journey across flak-infested skies. An additional hazard was that the aircraft involved would have to expose themselves by flying in at low speed and low altitude over the designated drop zones.
There was no other alternative as it was imperative that the precious supplies didn’t fall into German hands. Whilst the problem of distance could be solved to some degree by flying from Italy, the remaining imponderable was the vulnerability of these slow lumbering aircraft as they made their approach to the drop zones.
At approximately 19.55 hrs on 17 August, KG933 took off from Foggia in southern Italy. The designated drop zone (Nida 504) was near the city of Piotrkow (120 km north of Krakow).
There were no incidents on the outbound leg and the drop went as planned. However, as the plane was heading homewards via Krakow it was picked up by a German night fighter (Bf 110 of 1/NJG-100) piloted by Oberfeldwebel Helmut Dahms. In his subsequent report, he claimed two Lancasters shot down (one over Ratibor, the other over Krakow).
It can be said with a high degree of certainty that the Lancaster which he claimed to have shot down over Krakow was in fact KG933.
The burning aircraft was picked up by searchlights in Krakow’s factory district. It was then hit by flak which caused it to disintegrate in mid-air.
The tail section landed over on the far side of the Vistula on the old abattoir, whilst the main fuselage crashed onto the abandoned barrack area of the Schindler Factory. Three crew members were killed outright (Squadron Leader Liversidge, Flight Lieutenant Wright and Flight Sergeant Clarke). Miraculously, three others survived. Sergeant Blunt and Sergeant Helme became prisoners of war in Stalag Luft VII, their war effectively over.

As for the other survivor, landing in a field approximately twenty-four km east of Krakow was the start of an incredible six-month odyssey. Despite being wounded in his arms and legs, Flight Lieutenant Hammett managed to evade capture for two days.
Then, by a stroke of luck, he was able to make contact with a local partisan group. By late September he had fully recovered from his wounds. He then took an active part in partisan operations from a base in the woods near Slaboszov.
The following month, his group shot down a German scout plane. The German authorities then sent out a force of 100 Ukrainian auxiliaries to hunt down and destroy the partisan group. A fierce firefight ensued with heavy casualties being inflicted by both sides. Hammett survived and later took part in an attack on a barn where several of the Ukrainians were hiding out.
In November, Hammett was moved to a safe-house near to the partisan’s base. Here, he was later joined by two former British POWs. The area was finally liberated by the Red Army in mid-January.
On 23 February, the Soviet authorities placed him in charge of a large group of POWs who were to be transported by train to the port city of Odessa. On arrival, Hammett and the group boarded the SS Moreton Bay for their repatriation to England.
The plaque commemorating the three crewmen killed can be seen on the Understanding the Holocaust and Story of Anne Frank and Oscar Schindler tours at the Schindler Factory Museum. 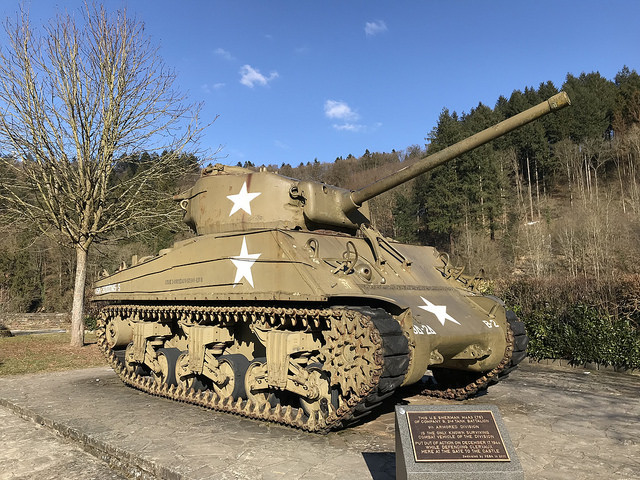 The new Following General Patton: Battlefield Luxembourg tour was launched last autumn and recently myself, and a team of guides, went to Recce the area in preparation for this year’s tours.

Battlefield Recces are an important part of the guide’s process of getting ready for a tour, as it gives them a chance to work out how the tour will run, explore the sites we have chosen to include in the itinerary and examine ways to make the experience for those who travel with us, all that they expect.

This particular tour looks at WW2 in Luxembourg, perhaps a country that we do not always associate with this war.
Overrun by the Germans in 1940 during the Blitzkrieg, the country was occupied for four years until liberated by American troops in September 1944.
It was invaded and overrun again in December 1944, when the Germans launched Operation Wacht am Rhein – what the Allies called The Battle of the Bulge, something that we examine all of aspects of during the days we are on the battlefields.
Museums feature quite heavily on this tour, and we have been pleased to incorporate a number that we have previously never been able to do.
At the top of the list of these is the National Museum of Military History in Diekirch. This museum has an amazing array of WW2 weapons, uniforms and equipment, all displayed superbly via dioramas.


We were staggered to go upstairs to find a massive vehicle hall which has everything from Jeeps to half-tracks, even a German Hetzer. This was way beyond what we were expecting – and then the museum seemed to go on and on, with floor after floor!
We were also fascinated by the Patton Museum in Ettelbruck. It is much smaller than Diekirch but it explains a lot about the early war in Luxembourg, and the German occupation, before looking at Patton’s role in the area in both 1944 and 1945.
Patton visited Ettelbruck during the Liberation where there is now a memorial to him on the outskirts of town; an impressive statue of ‘Old Blood and Guts’, looking over the area where his men fought, and we see this on the tour, too.
Exploring the battlefields of Luxembourg, we all remarked how it was classic ‘Battle of the Bulge’ country, even more so than some of the areas around Bastogne; big open fields (full of snow like in 1944, when we were there), and then valleys and wooded areas.
Paul Errington, one of our guides who will lead this tour in 2018, took us to Schumann’s Eck, an area that changed hands several times, where we found foxholes and positions in the wood; close enough to the road for us to see when we are on tour.

For those interested in WW2 hardware, the amount of equipment still on the battlefield is amazing. On the tour Sherman tanks of various types will be seen at Clervaux, Ettelbruck, Vielsam, and Wiltz, and examples of their nemesis – the 88mm anti-tank gun – also seen at locations like Troisvierges, where a battle-damaged Pak 43 version will be visited.
We cross into neighbouring Germany at one point, going over the Sour River which Patton’s men assaulted over in 1945.
Our objective is to look at part of the Westwall, or Siegfried Line, at Irrell. This is now owned and run by a group of volunteers, many of whom are local firemen. They have cleaned out the substantial bunker complex and made it easily accessible.
The site is one of the few in Germany where you can explore the Westwall like this, and as you make your way down the different levels, it is soon apparent how strong this was in 1939, equipped as it was with machine-guns and flame-throwers.
We pay our respects to the dead from the fighting in Luxembourg at the American Cemetery, close to Luxembourg City. Not only is General George S. Patton buried here, but the 5,000 plus graves are men who largely died in the fighting during the Battle of the Bulge in this region, or during the final push into Germany in early 1945.

The rows and rows of white crosses are impressive, especially when you think that over 60% of the dead were repatriated after WW2. Close by, we contrast the US Cemetery with the German one at Sandweiler. This cemetery also reflects the German losses in Luxembourg, from the Blitzkrieg in 1940 through to the Bulge offensives in 1944.
This promises to be a fascinating tour, in a picturesque country with good food and drink, and a lovely hotel to return to each day to relax, unwind and pause to think about the impressive locations you’ve seen which are connected to some of the most important history of the Second World War. The perfect battlefield tour combination.