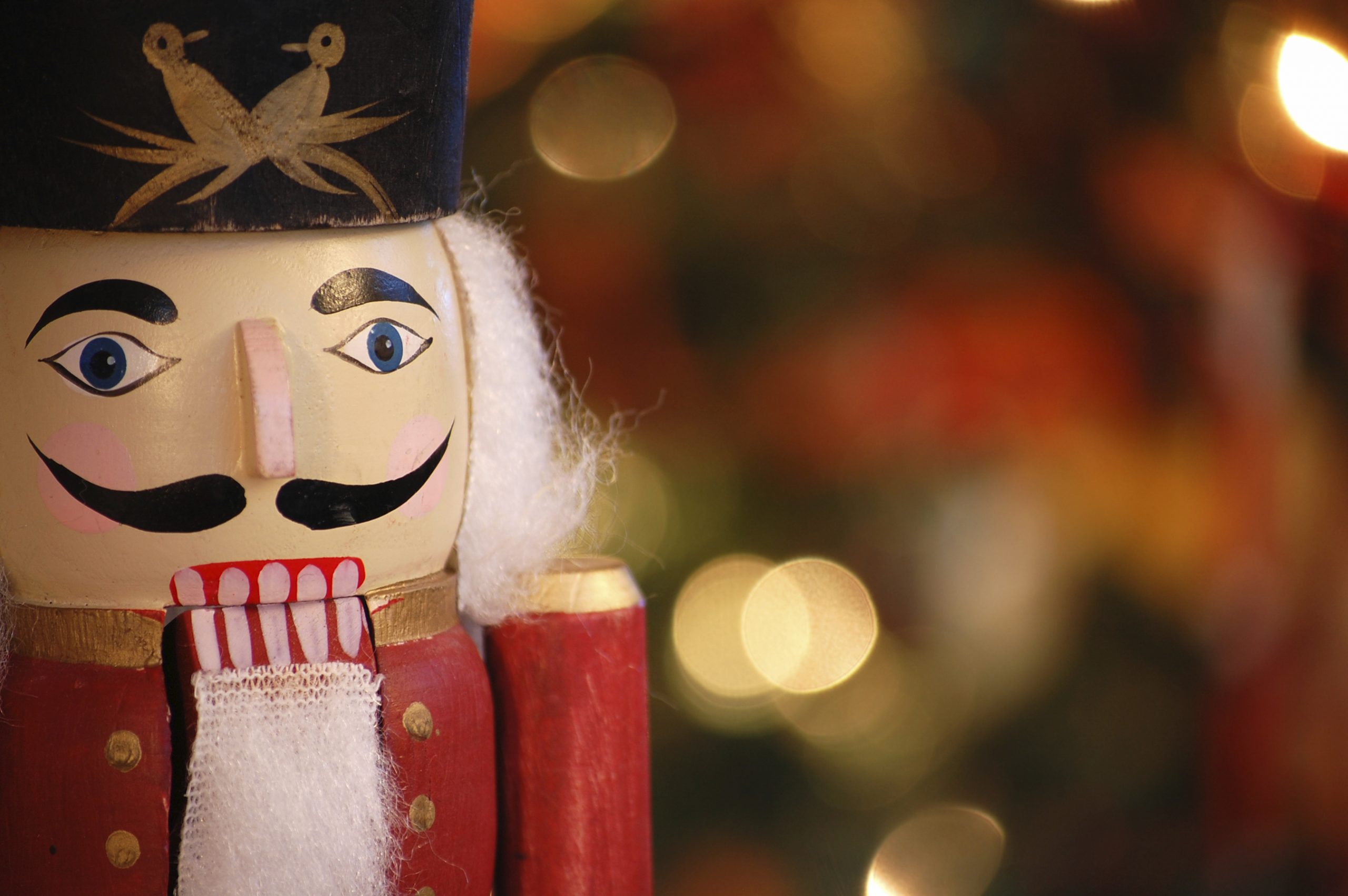 It’s the weekend before Christmas and whilst those of us that leave everything to the last minute will be flustered with panic, others, who are slightly more prepared, will be relaxing into the festive feeling – It’s tradition!

Christmas is one of those times of year where we love to stick to tradition, whether it be your usual yule tide traditions or your special family traditions, we just can’t seem to get enough of tradition.
And, it’s still the same, all around the world. So, to help you get into the cheery festive spirit, we’ve put together some of the strange Christmas traditions around the world – There could be some great Christmas crackers for the dinner table.

In 1966, a 13-metre tall goat was built in the town square of Gavle, completely made out of straw. As the clock struck midnight on Christmas Eve, the goat burst into flames.
It became a tradition of the town to rebuild the goat every year, but that didn’t stop the vandals from burning it down. By 2011, the goat had met its maker 25 times!
The burning of the Gavle Goat became such a regular occurrence, in 1998, bookmakers started to take bets for its survival.

In the days of the Soviet Union, Christmas wasn’t celebrated much throughout Russia as New Year was the far more important time.
Now, Christmas is celebrated on the 7th of January. The Orthodox Church more importantly celebrates advent, starting on the 28th November right up until the 6th of January, making it a whopping 40 days long. And people say Christmas starts earlier and earlier.

Well, it does in Croatia. Preparations for Christmas starts on the 25th of November! The 25th is St Catherine’s Day, and celebrate a further two Saint’s Days throughout December.
On St Nicholas’ Eve, the 5th December, children clean their shoes and boots and leave them in the window in the hope St Nicholas will leave chocolates and sweets in them.
And, just one more, there’s an old Croatian tradition that young men gave their girlfriends a decorated apple at Christmas – and we’re not talking a fancy computer.

Quite a large number of Finnish families have their own sauna, and there’s an ancient tradition related to their beloved steam room.
On Christmas Eve, the Sauna will be warmed up for a spot of relaxation before heading out for the festivities of the evening. However, you have to be out by sunset as it’s believed that the spirits of dead ancestors came to bathe in the Sauna when the skies turn dark.
There’s also said to be an elf that lives inside each sauna – The saunatonttu. It is customary for people to bring a drink into the sauna in Finland, whether beer or fruit juice, to pour a little onto the floor in honour of the saunatonttu.

In Spain’s province of Catalonia, there’s a Christmas character called TiÃ³ de Nadal, or The Christmas Log. It’s a small, hollow log, propped up on two legs with a smiling face painted one end.
From the 8th December, the date of the Feast of the Immaculate Conception, families give the log food to ‘eat’ and a blanket to keep it warm and on Christmas day, people will sing songs and hit the log with sticks to aid its ‘digestion’ as the log drops sweets, nuts and dried fruits.
The log can also go by the name of Caga (pronounced caca) Tio – From the above description, we’ll let you figure out what that means.

Some people dread the thought of a Christmas being grilled about their love life – others love the opportunity to ask about a loved one’s love life. Well, in Czech Republic and Slovakia, there’s a tradition to help with that.
On Christmas day, you stand with your back towards the door and throw a shoe over your shoulder.
If the shoe lands with the toe pointing at the door, well, congratulations, you’re going to get married soon. However, there’s no indication as to how long you will be waiting, so there may be a few more years of the dating inquisition.

In China, only around 1% of the population are Christian, so most people will know few things about Christmas. It’s only really celebrated in the big cities, however, these big cities treat Christmas just like us with lights, decorations and Christmas Trees.
A tradition that is becoming popular on Christmas Eve is giving apples, and once again, we’re not talking flashy computers. There must be some meaning behind this, right? Well, Christmas Eve in Chinese is ‘Ping An Ye’, and the Chinese for Apple is ‘Ping Guo’, and because they sound similar, this is the tradition.

And, what does Santa get up to on the run up to Christmas?

Well, you may think he’s in his workshop, however, he’s been tracked down by his personal postcode, H0H0H0 (with zeros). This postcode directs the letters to Santa, the kind that bypass parents, to Canada.
Whilst these used to end up undelivered, as there was no centralised address for Santa, now, thousands of Canada Post volunteers have been helping Santa reply to millions of letters ever year in different languages, including Braille!

Whatever you will be doing this year and wherever you will be, we want to wish you a Merry Christmas and a very happy New Year and we look forward to seeing you all in 2016.

If you’re wanting to experience Christmas around Europe, click here to see where we can take you in 2016. 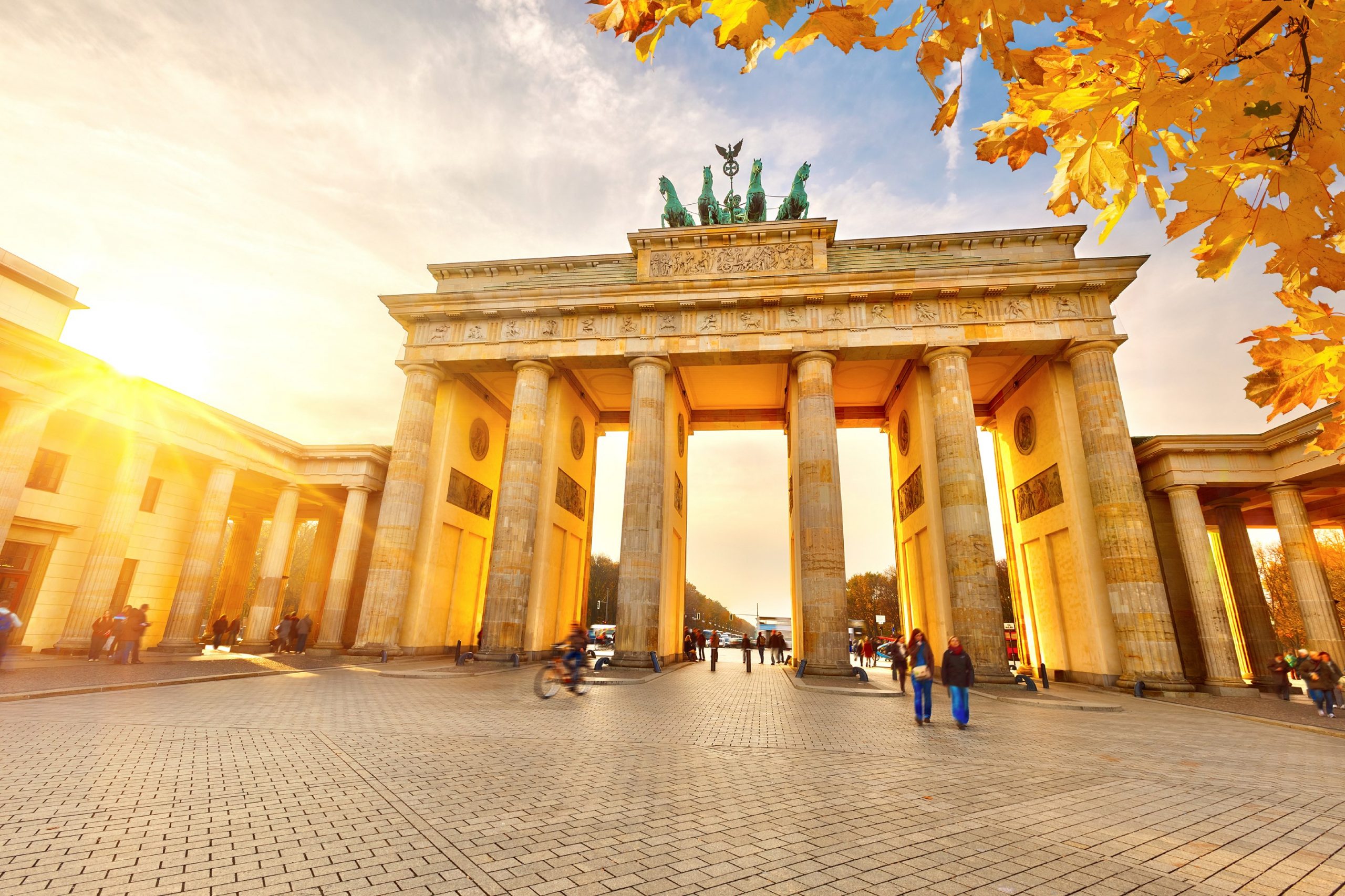 Cosmopolitan Cities, marvellous mountains, fantastic forests and riveting rivers and that’s just the start!
Well, if you’re ready to start your discovery of Deutschland, here are our top 8 places to visit. 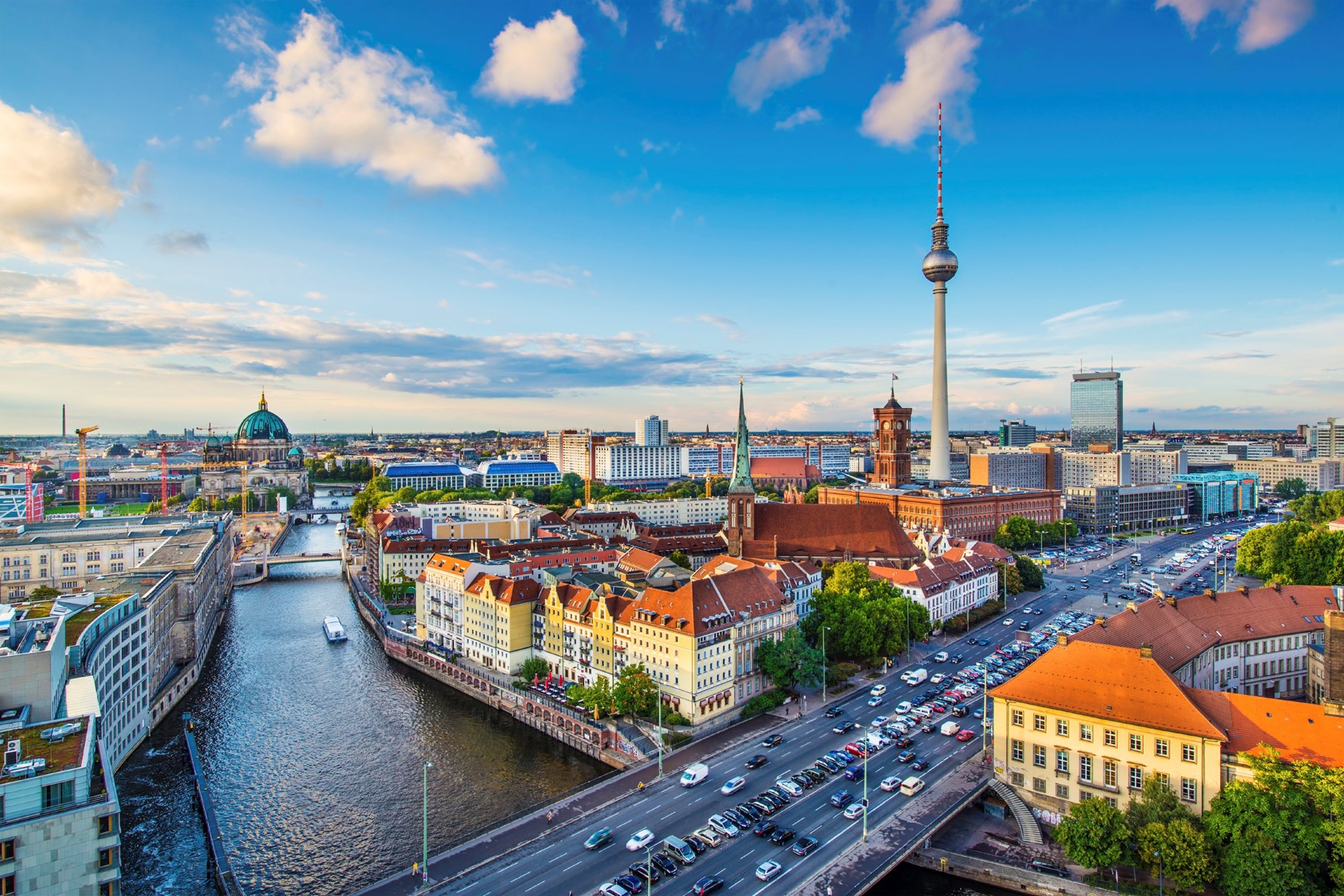 The beautiful capital city of Germany, packed full of landmarks and history. From the remains of the Berlin Wall to impressive landmarks such as Brandenburg gate, you’ve got plenty to keep you busy if you’re an avid sightseer. 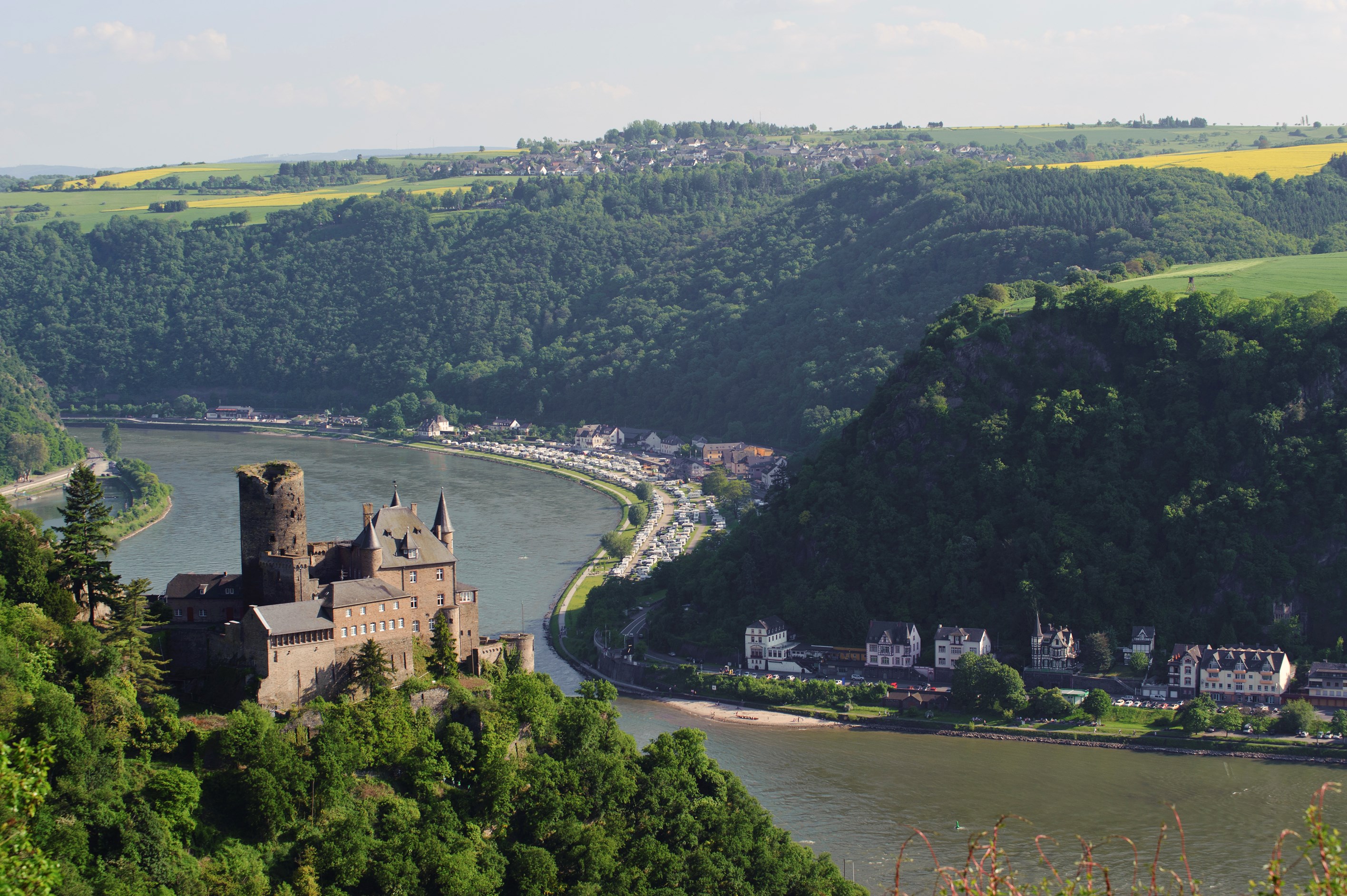 One of the most popular destinations for relaxing river cruises, the Rhine Valley is steeped in beauty. And, within the beauty, hides a number of fantastic vineyards. So, of course, this is the place to give wine tasting a go. 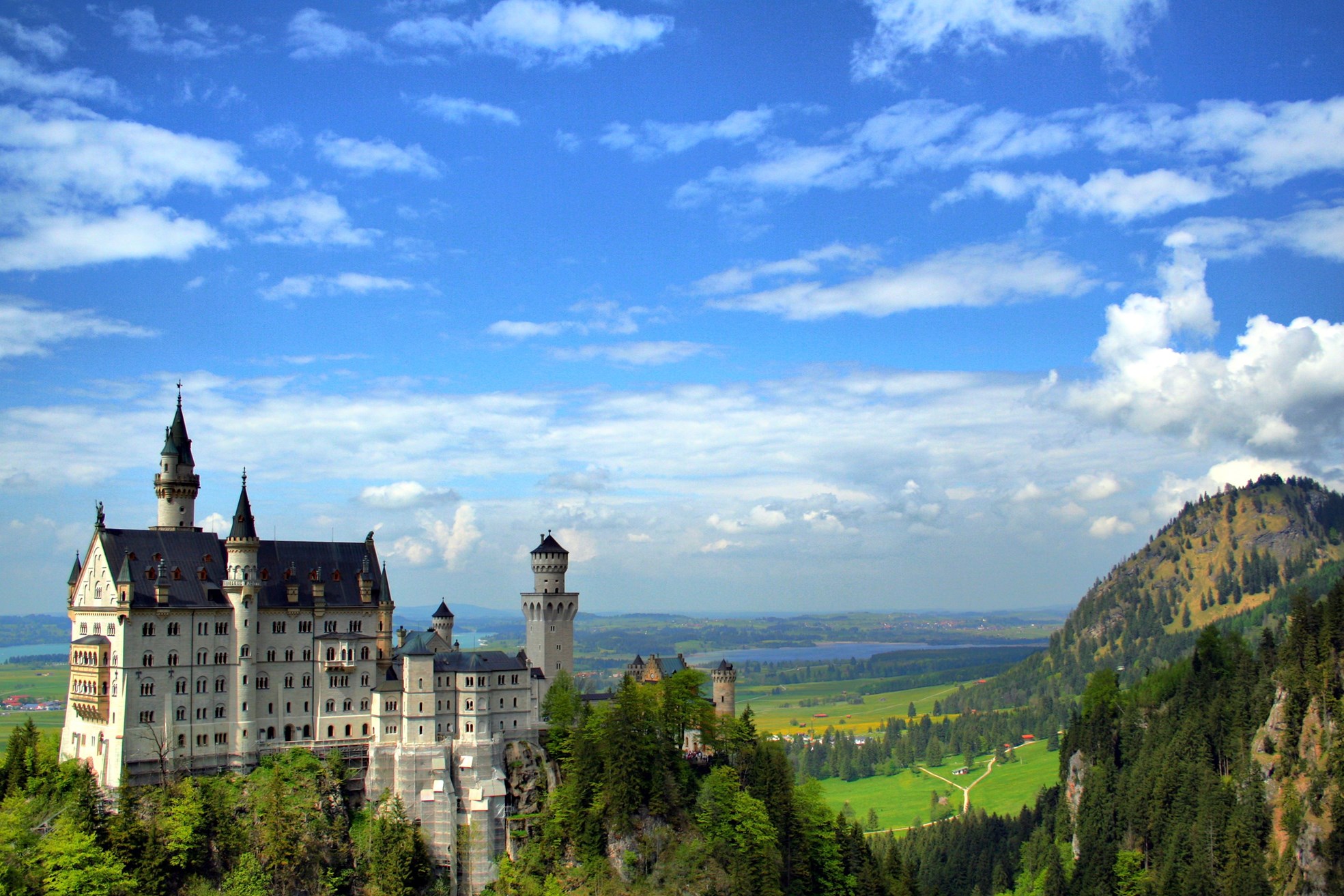 If you’re really into romance and fairytales, here’s the one for you. An inspiration to Walt Disney himself, the castle receives over 1.3 million visitors a year and is the most photographed building in Germany, it’s easy to see why. It’s stunning. 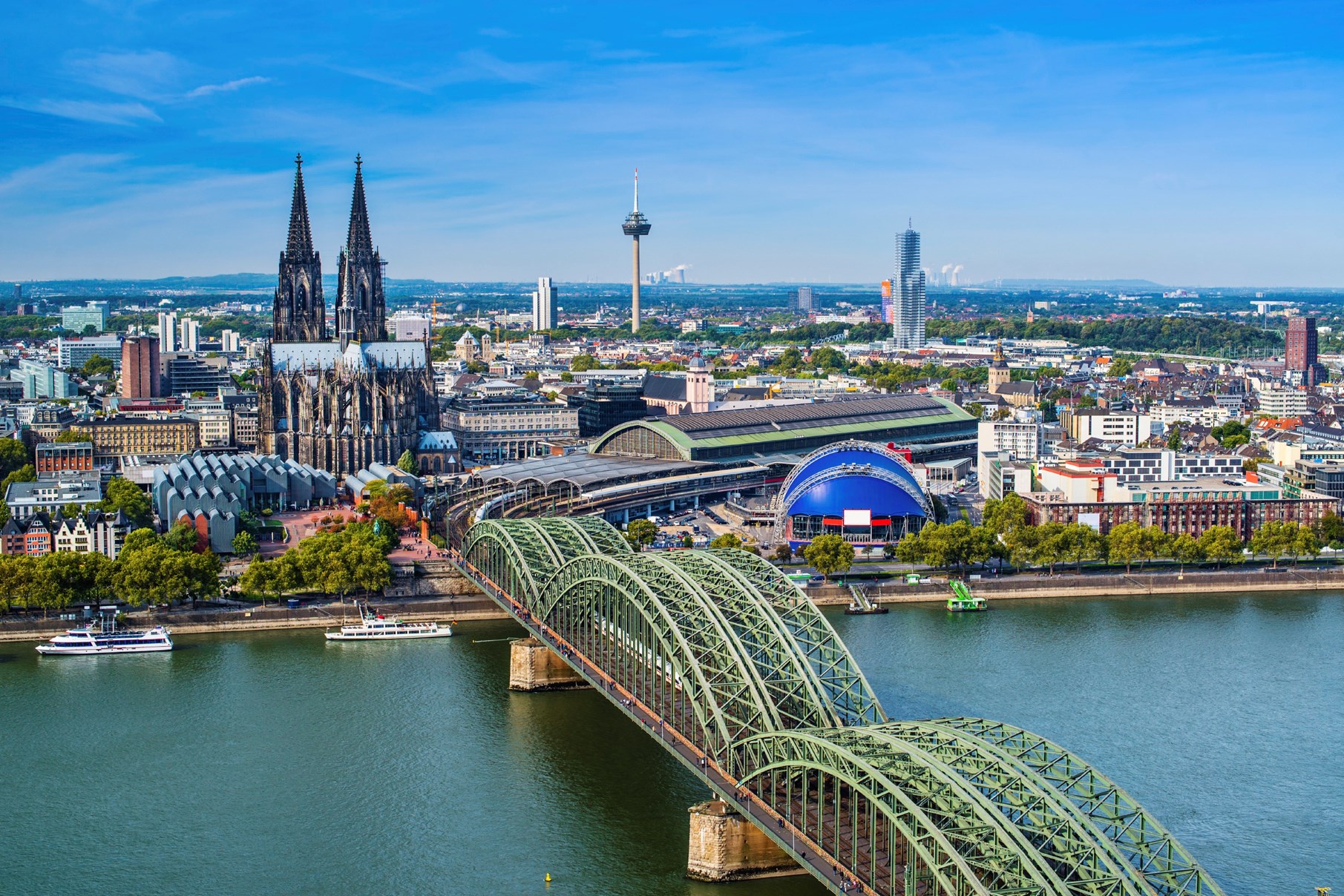 Germany’s fourth biggest city, Cologne is known as the city of churches, and, to be honest, you can’t miss the impressive cathedral – The second largest religious building in Germany. If you’ve got the energy to climb its 509 steps, reaching the top of the building will reward you with some spectacular views.
If not, there’s a museum completely dedicated to chocolate and even has its own beer, Kolsch. Here’s an interesting fact, the name Kolsch is actually protected so that only beers brewed in cologne can hold this name. 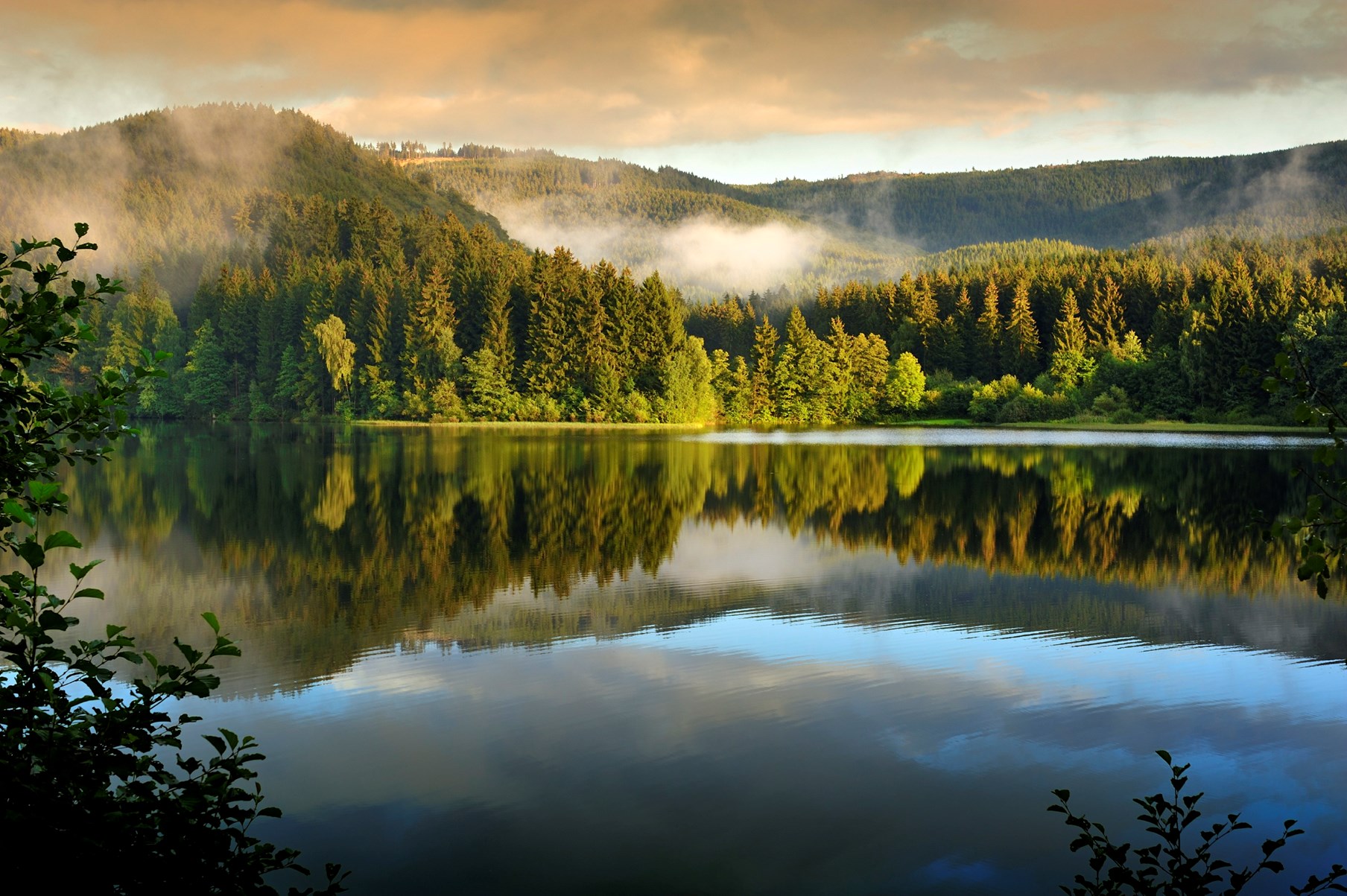 Looking for some breath-taking scenery? The Harz Mountains are known as the ‘Land of German Fairy-tale’. Dark forests, cobbled streets and medieval houses. It’s long been known as an important source of German Folklore with famous stories such as Cinderella, Hansel and Gretel, and even The Frog Price coming from these parts. 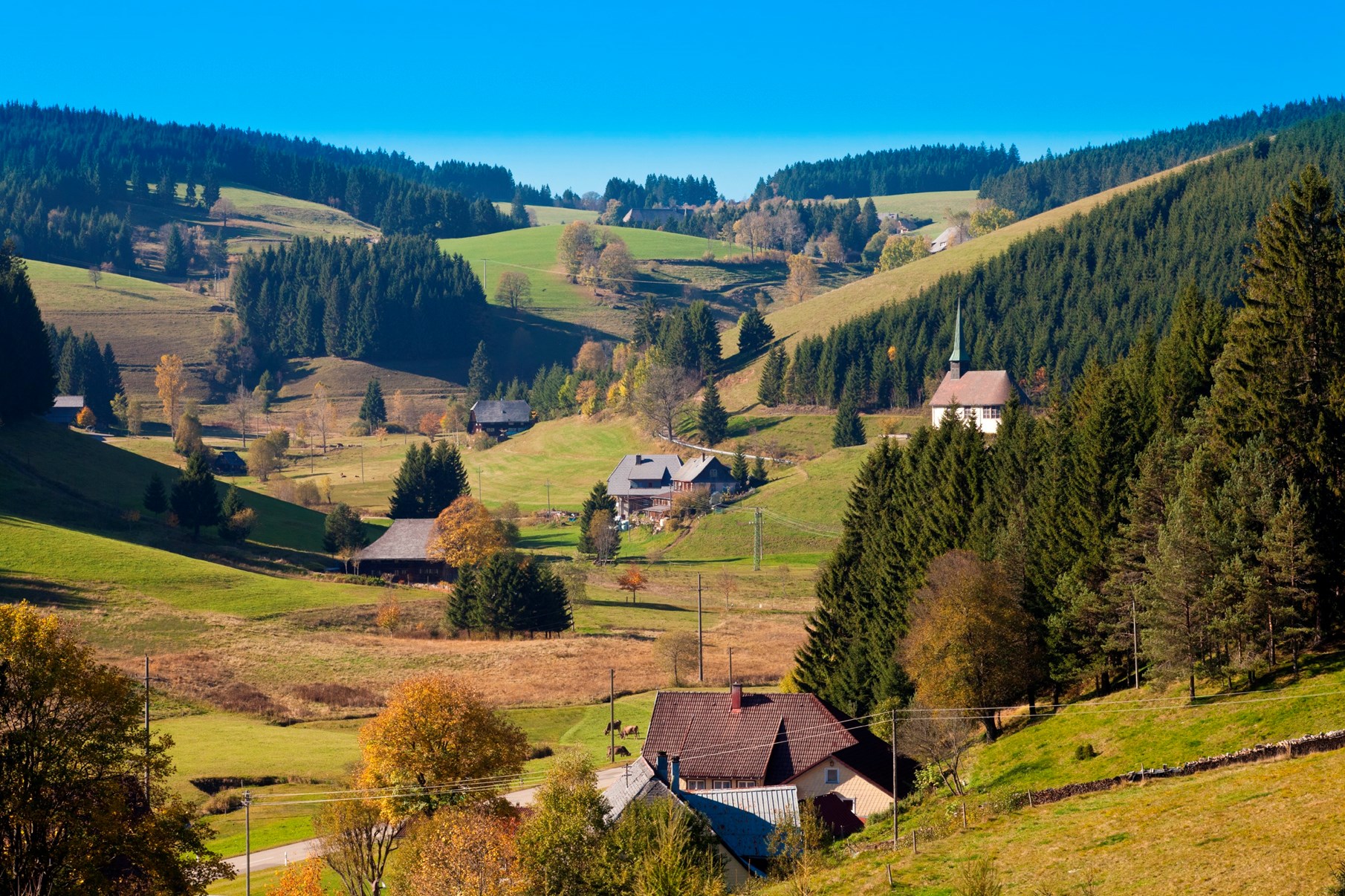 The Black Forest region is known for its three distinctive features, highlands, scenery and woods. And, they sure are impressive. It gets its name due to its size and the fact that it was uninhabited, others say it is down to its dark green colour from the fir trees found there.
And, If you’ve got this far without thinking of Gateau, we’re about to ruin it. The dessert takes its name from this area as its recipe features the main crop of the forest. Cherries. 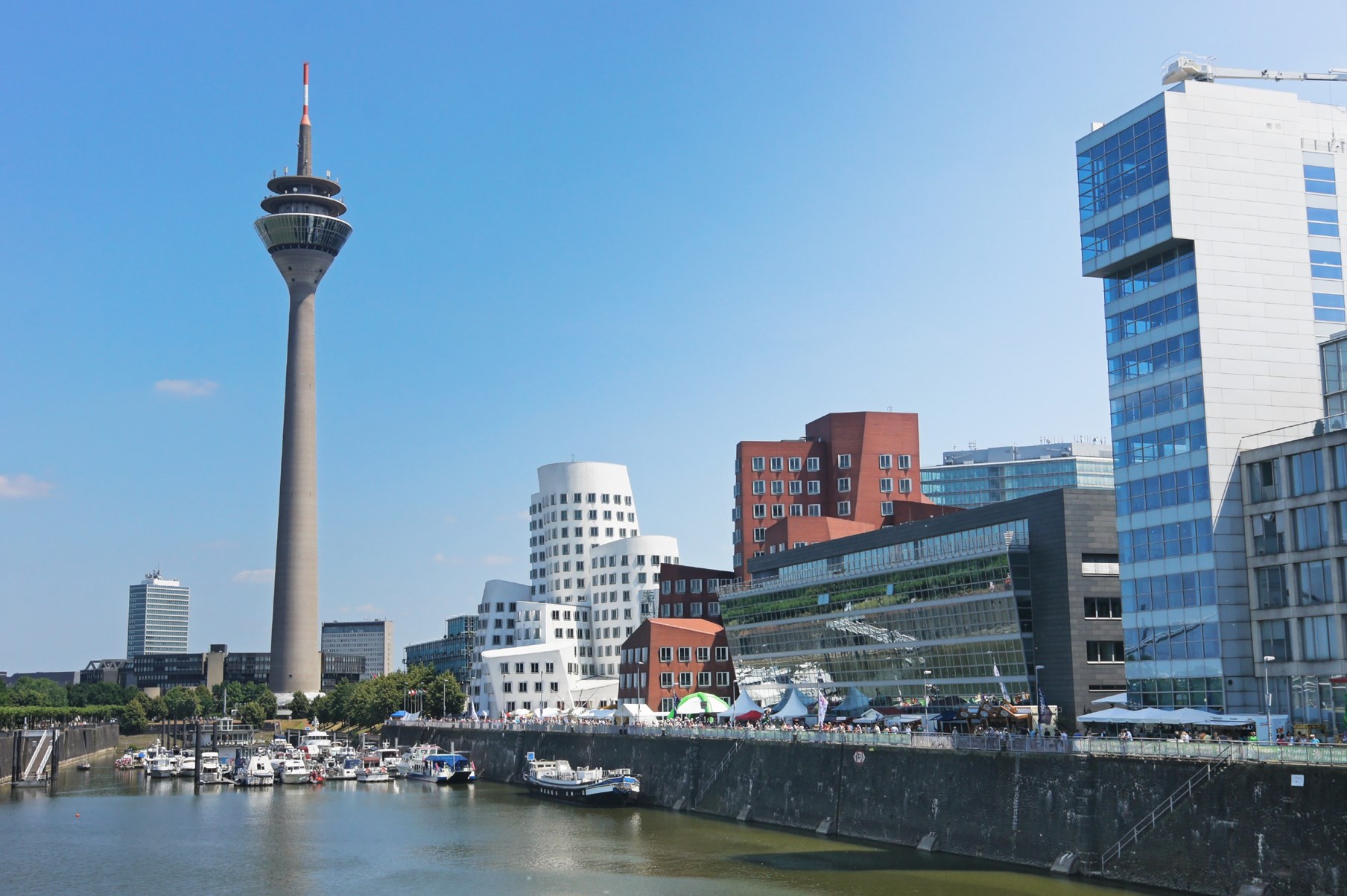 Known for its fashion industry and art scene, Dusseldorf is certainly an interesting place to be. It hosts one of the biggest fashion fairs in Europe, the Collections Premieren DÃ¼sseldorf. Whilst it may not be as popular as it’s close neighbour, and rival, Cologne, there’s still plenty to see.
Konigsallee – Germany’s most elegant shopping street, the Museum of Art and the old town to name a few. There’s also a famous song about this fantastic town, it goes by the name of Warst Du doch in Dusseldorf geblieben (“You’d have better stayed in Dusseldorf”). Who are we to disagree? 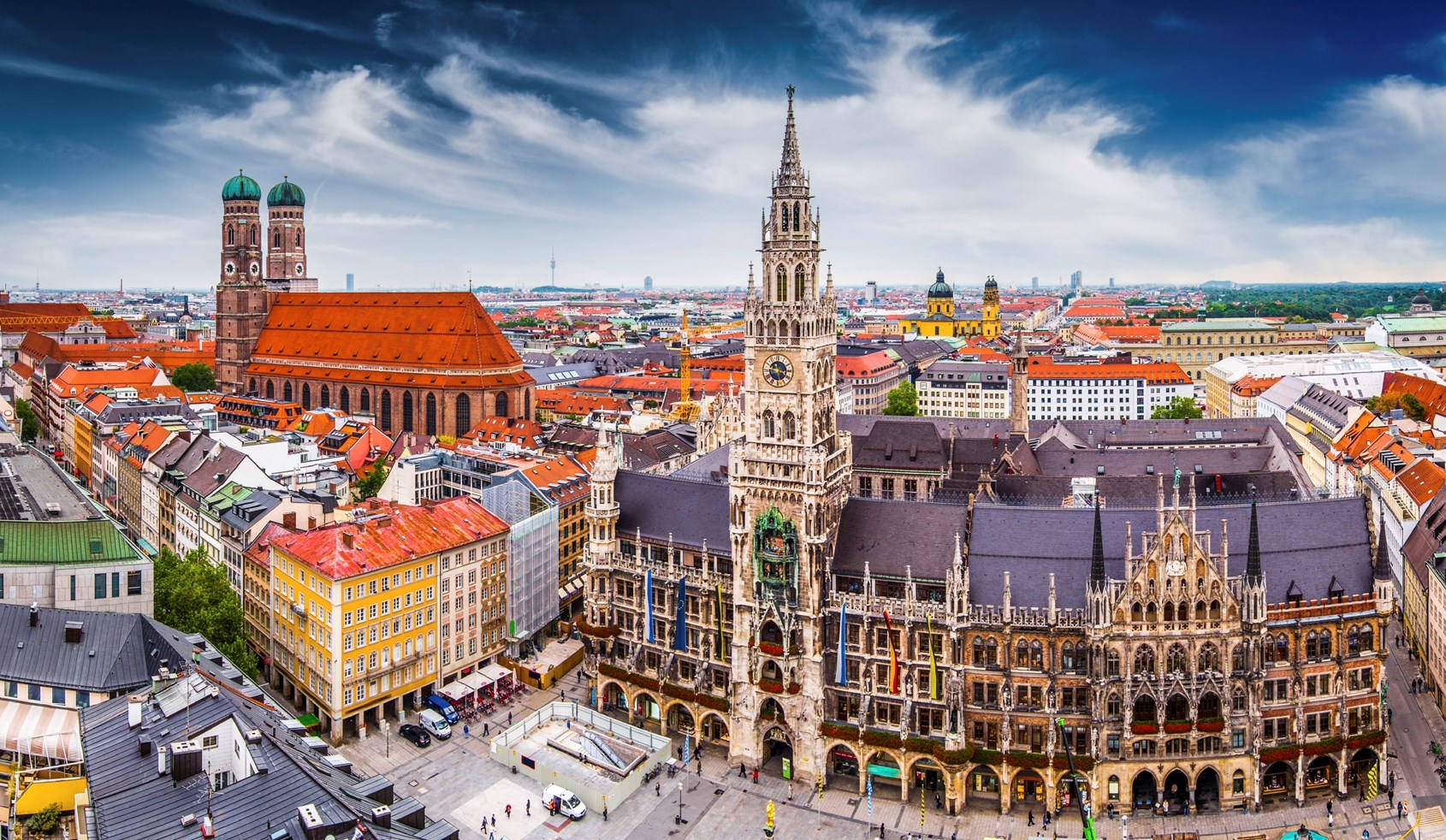 Last but certainly not least, it’s the capital of Bavaria and the home of Oktoberfest. It could only be Munich. Home to stunning architecture, such as the Neues Rathaus and the Frauenkirche, and its white sausage, there’s plenty to experience here.
The English Garden is one of Europe’s biggest city parks, even beating London’s Hyde Park and New York’s Central Park! Although, it’s not as English as you may expect. It’s actually filled with Japanese inspired sculptures, a Chinese Pagoda and even a Greek Temple.
And, for the automotive fans, Munich is also home to the German car company, BMW.
Start your discovery of Germany now, click here to see all of Germany tours