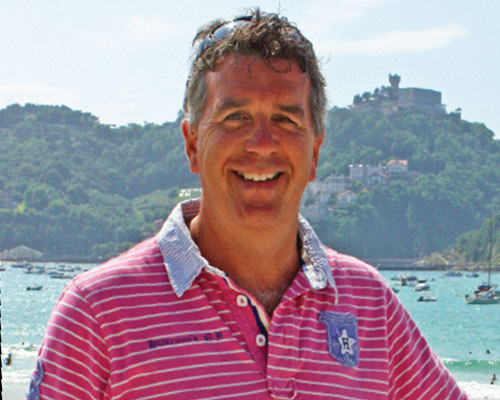 2013 marks Leger’s 30th year of operating escorted coach holidays throughout Europe, so it’s a very special year. Ian Henry, Leger’s Managing Director, has been with the company for more than 20 years. Here he tells us the Leger story…


Firstly, I’d like to thank everyone who has travelled with us since 1983, and to those of you who haven’t yet enjoyed a Leger holiday, I hope you’ll join us in this milestone year. It’s hard to believe that the 30 years have gone so fast, but great to know that Leger continues to attract thousands of holiday makers each year – some customers that have been with us from the very beginning. Whether you’re a first-timer or a seasoned Leger traveller, I look forward to welcoming you aboard in 2013.

How did Leger Holidays begin?

Leger was started by my father, Alan Henry whilst I was at University. He had the idea of running coach tours to Austria and needed to be able to offer customers the security of being ABTA bonded, meaning all customers’ money would be protected. The quickest way to do this was to acquire a company which already had an ABTA Licence. That company was a small travel agent with shops in Wakefield and Doncaster called Leger Travel.

Where did the name ‘Leger’ come from?

Horse racing fans will know that Doncaster is home to the St. Leger Horse Race. Within Doncaster many places are linked with the name ‘Leger’. There are roads and even the local public bus company with the name Leger. I guess the original owners of the travel agencies named the company Leger for that reason.

How many people worked for Leger in the beginning?

In the beginning it was just my dad and mum, plus some part time work from me and a little bit of help from the travel agency staff. As I said, the business was started whilst I was away at University and, in fact, the company’s first office was my bedroom, which was transformed whilst I was away with a couple of desks, telephones and even a telex. Not many students found they’d been evicted when they got home at the end of the first term!

What was the first tour that Leger ran?

The first tours were 6 and 7-day holidays to the Austrian Tyrol. The ferry crossings we used to use were overnight from Felixstowe to Ostend and we even used Belgian coaches, as in those days standards of coaches were higher in Europe than they were in England. Also, getting to Dover used to be a lot more difficult than it is now as this was before the days of the M25, so, as much as we complain now about traffic, getting through the outskirts of London was even harder then.

When did you become involved in the business?

In the early days I helped out during my University holidays, but I joined properly on 28 February 1989. Sadly my dad died suddenly in 1993, so I’ve been running the business ever since.

How has the company changed during the last 30 years?

Well, to start with it’s much bigger. Today we offer more than 180 different holiday itineraries throughout Europe and even the World. However, apart from 30 years of constantly striving to do things better, I think we still retain much of the original philosophy of what my father started: offering good value, well planned holidays to interesting and exciting destinations. The other major change has been the innovation of our Silver Service coaches. We recognise that the comfort of the coach part of our holidays is very important and so, 10 years ago, we introduced our Silver Service coaches for the first time, not really knowing whether we were doing the right thing. The proof of the pudding is in the eating and today we have 28 Silver Service coaches.

What is your all-time favourite Leger tour and why?

It’s hard to pick one tour specifically as different tours mean different things for different reasons. On the one hand I’m very proud of our Battlefield tours and I think the emotion anybody experiences on the tours of Ypres and the Somme are difficult to express. I’m also proud of how we brought some new destinations within the reach of our customers, in particular our Rome, Pompeii and Capri tour, where we ‘discovered’ a spa town in southern Italy that offered a great location for touring Rome and its surroundings but at a very affordable price. We’ve been going there now for over 20 years. If I was forced to pick one tour, then for now it would be back to our roots, the Austrian Tyrol. I love the beauty of the scenery, the food and the hospitality of the people.

To celebrate Leger Holiday’s 30th anniversary we’ve been searching through our archives and dug up some of our old brochure covers, check them out below…

If you have any Leger memorabilia or old brochures we would love to hear from you. Just add a comment below or use our contact form. 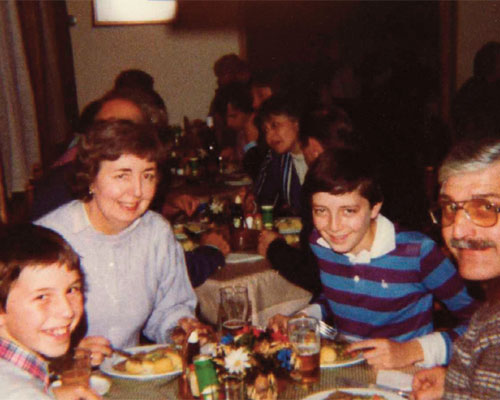 Stephen Egginton travelled the world whilst working in catering and hospitality for the Navy. But, having moved back home to South Yorkshire, and during a general clear out of clutter, he was astonished to find a blast from the past. Hidden buried in a box was a documented file of his very first trip to foreign shores – a tour with Leger Holidays to the Austrian Tyrol 29 years ago when he was just 13 years old.


The paperwork he found incorporated a day-by-day diary of the holiday, from initial pick up at Woodall Spa Services by Benny the coach driver, through to the overnight stay in Belgium and on to Austria, and also included booking details, leaflets and even luggage labels!
Stephen, who lives with his wife and son, tells us more…

How did you rediscover the diaries?

I was having a root out in our cupboard under the stairs and there were boxes which had been there since we’d moved house years ago. I decided to rummage through a few – and was shocked to find the diary, which I’d forgotten all about!

Is it the first holiday you really remember?

It was the first holiday where I’d been abroad and so I was really excited. I went with my parents and younger brother and I was 13 years old. I think the anticipation had really built up which is why I decided to write some of the diary before we even went – researching the local area and currency/climate etc. It almost looks like it was written for a school project, but it wasn’t! I recall spending hours researching it and writing daily entries.

What bit of the holiday stands out the most for you?

The trip to Innsbruck really stands out for me – it’s obviously a big place for winter sports and the winter Olympics were held there. We used to watch Ski Sunday on the TV at home, and so it was quite a big deal to be visiting there.
Also, I remember meeting people on the tour – most memorably two girls of a similar age to me and my brother! But it was generally a very sociable trip and I remember everyone saying they would keep in touch afterwards. It was very like Channel 4’s Coach Trip TV series! I enjoyed it so much I went on another of Leger’s trips to Austria with a friend a few
years later.

What inspired you to keep the diary? Did you usually write a diary?

I think I was just so excited for my first trip abroad it seemed a good way to vent all that energy! In those days, Wales was the furthest I’d ever been and that seemed like a million miles away. I did, however, like keeping diaries generally. In the same box as the holiday diary I found a pocket diary from 1982, where I’d made brief notes on each day and given it a mark out of 10!

What bit of the diary stood out or made you laugh the most when you re-read it?

There was a bit about my parents coming back from an evening out singing songs from The Sound of Music which made me laugh. They’d obviously had a great time! Also I remembered how I’d tried to meet up with an existing Austrian pen pal I had – the poor guy had to travel all the way from Vienna to Salzburg to meet us and, from the diary, I realised I waited just 10 minutes and then when he wasn’t there I just left! I can’t believe I didn’t wait any longer. Surprisingly, I never heard from him again…

Have you been on any coaching holidays since then? Would you go on one again?

I haven’t been on one since – my career has mainly taken me on my travels – but I would definitely consider it. Everything is taken care of and it’s very sociable. Plus you get to see the real highlights of the destinations – including some which might be a bit off the beaten track.

I think it seemed very luxurious in its day. I’m sure it’s nothing compared to the coaches used now though! For a young lad it was a very long trip so we seemed to spend a lot of time on the coach – but that was part of the adventure.

Why do you think coach holidays are appealing?

I think the fact that you get to see so many places – including those you’re just travelling through to get to your destination. Plus it’s all organised for you, and it’s such a friendly way to travel.

What kind of person do you think is best suited to coach holidays?

I think the stereotypical view would be those of an older generation, but I think in reality they can appeal to everyone. I have a son of my own now who is 12 years old – about the same age as when I wrote the diary – so I’d love to take him and see how he finds the experience.

Given you’ve travelled extensively, of all the places you have visited throughout Europe, do you have a favourite?

I have been lucky enough to travel the world – to 57 countries – but all of them were ports obviously, as I was in the Navy! I’ve been to places as diverse as the Middle East, Seychelles, Norway and Russia. In terms of favourites, I love St. Petersburg – there’s so much to see. Also Tallin in Estonia. I love culture and plenty of things to do – those combined with a bit of good weather and I’m a happy man!

Are there any European destinations you haven’t been to which you would love to visit?

I have to admit, with my job and my love of travel I’m lucky enough to have seen most of it! However, I’ve never been to Switzerland and there are some parts of Italy I’d still love to do, like the Amalfi Coast and Naples. Maybe one day I’ll go back to Austria again too!
Do you have any travel memories from years ago? If so we’d love to hear them, just add a comment below and tell us all about it!