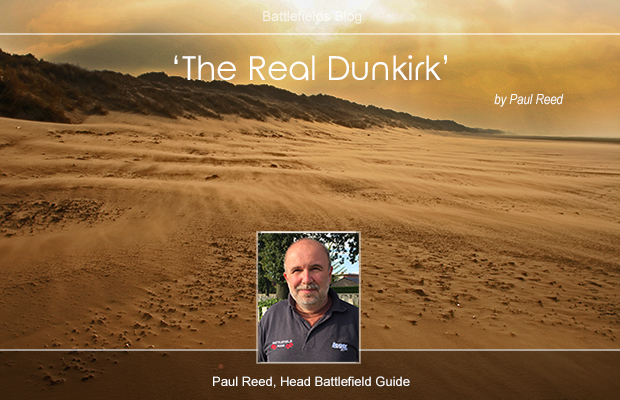 With the upcoming release of Christopher Nolan’s Dunkirk movie, the newly released trailer gives us an exciting insight into what the film is about.

In quite a long clip of men on the beaches, ships under fire, the little boats taking men home, it is clear that the focus is on Operation Dynamo: the evacuation of the British Expeditionary Force (BEF) from the beaches between Dunkirk in France and Nieuport in Belgium, in May and June 1940.
The cast looks tremendous, and the scenes depicted in the clip very convincing. There is no doubt this will generate a lot of interest in Dunkirk, but how to cut through the Hollywood take on it and really understand what happened here in 1940?


One way is to dip into the many books on Dunkirk, but nothing beats actually going out to actual visit the ground as it is today. For 2017 we have our usual 5 Day Dunkirk & Fortress Europe tour which looks at the campaign in France, the withdrawal to the coast and the evacuation from the beaches in some detail, as well as looking at the years that followed with the building of the Atlantic Wall.
However, we have a new 4 Day version of this tour that focuses on 1940 and follows pretty much the story seen in the new film: the destruction of the British forces by the German Blitzkrieg to the point where they were taken off the Dunkirk beaches and the Mole. Along the way we see a typical battlefield area at St Venant where the Durham Light Infantry and Royal Welsh Fusiliers fought, look at the massacre of British soldiers by the SS at Wormhout, and then move on to the Dunkirk story itself.

In Dunkirk we look at Operation Dynamo in some detail. Many do not realise that most soldiers were evacuated out via the Dunkirk Mole, the jetty that struck out from the harbour area. Here ships could dock in deep water and more quickly load up.
The beaches were then divided up according to the organisation of the BEF, and here we discuss how not just the Navy, but ships of many shapes and sizes were used to evacuate the men. One of the great things on this tour is that, low tide permitting, we are able to see the wrecks of some of these on the beach, and even after 75 years they are very impressive.

In the Dunkirk War Cemetery we see the graves of those who never made it off the beaches or who died in defence of the perimeter which held the Germans at bay while over 300,000 got home. Among the graves we find old, experienced soldiers, as well as young lads who had only recently joined up, medics killed aiding the wounded and even a chaplain.
The Dunkirk Memorial is also here which commemorates over 4,500 service personnel who have no known grave. Many died in ships off the coast, or were swept out to sea on the beaches: so many sad tales that will be brought alive in the film by the look of it.

Dunkirk has always been a special battlefield for me: my grandfather was here with the RAMC in 1940, which brought his 22 year career as a soldier to an end. I have walked all over the 1940 battlefields with our team of guides, and learned a lot about it from some of our 1940 specialists like David Warren, and in 2009 I did a lot of BBC work for the 70th Anniversary, including the Dig 1940 series where we filmed a local French group doing archaeology work on the beaches. It was amazing what was still left in the sand!


This new film will undeniably mean that Dunkirk and the men of the BEF will suddenly be back in the public eye again, and if Hollywood can help generate interest in the Second World War that has to be a good thing. But what better way to really understand the events depicted in Nolan’s Dunkirk than join us on a Leger Dunkirk battlefield tour, in the company of one of our team of specialist guides to see, visit and understand, as well as remember a battle that changed world history.

Watch the Dunkirk trailer below: 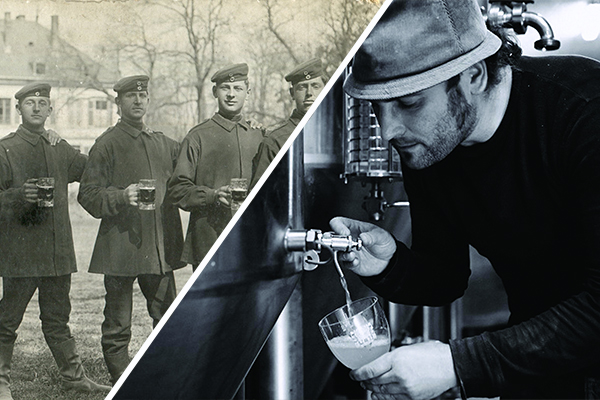 Looking ahead into 2017, we’ve got big events coming up. From the Centenary of Passchendaele to the 75th anniversary of Dieppe, there’s an interesting year ahead on our Battlefield tours. Yet, there’s one itinerary that really stands out. New for 2017, this tour isn’t focused on a big anniversary, neither is it visiting new ground, it’s just a whole new concept that has really got people talking. Beer and Battlefields. 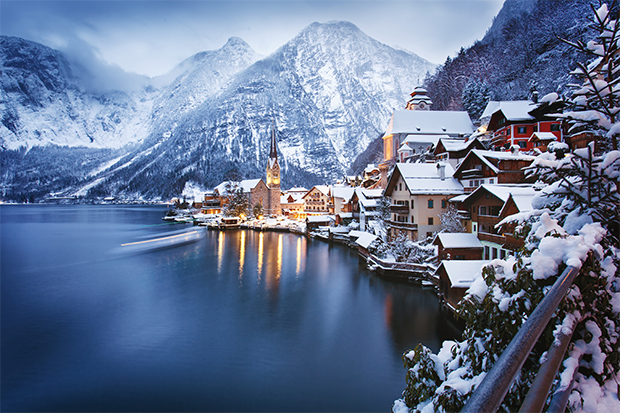 Are you a Christmas connoisseur or a New Year know-it-all? Why not test your elf-like skills this Christmas and indulge in a little festive trivia to impress at the dinner table…

1. Did you know that the very first Christmas market took place all the way back in 1298?

Vienna is the place where the December market first saw the light.  Little did they know that the European Christmas Markets would become a tradition that is still going strong centuries later.

2. Austrians pull out all the stops when it comes to celebrating New Year.

At the stroke of midnight all church bells throughout Austria ring and in major cities people see in the New Year by dancing in the streets to the tune of the famous Blue Danube Waltz.

3. Delicious warm Glühwein is ever present at the European Christmas markets.

It is made using red wine, sugar, cinnamon, nutmeg, cloves and lemon or orange zest.  And did you know you can keep the mug as a souvenir?!

4. Turkeys are safe in Germany at Christmastime!

A roast goose is the traditional dish served and is often filled with apples, dates, chestnuts, onions, and/or prunes.  It is also common to stuff the goose with a meat or dough filling.

5. In Italy Christmas gifts are not exchanged until the day of Epiphany on January 6th!

Children hang up their stockings, so that ‘la befana’, an old lady, can bring them presents and her arrival is celebrated by eating traditional sweet Christmas cake known as panettone.

For a fun-filled festive experience try one of our Christmas Market or Festive Breaks.  We have a superb collection of fully escorted tours and short breaks to choose from. Visit www.leger.co.uk