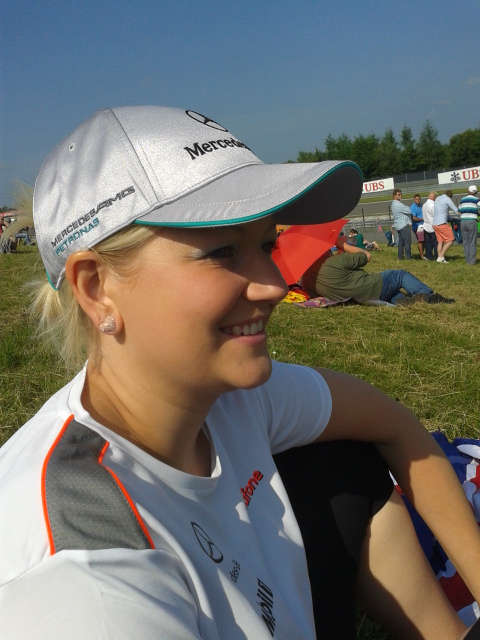 Zara Thompson, Reservations Supervisor, has worked at Leger for 6 years. Enjoying the races on TV, she wanted to experience the real thing.

My husband and I had our first Grand Prix experience at Hockenheim, Germany in 2012 and had such an amazing time, so decided to go again this year.

Which tour did you go on?
The German Grand Prix 2013 at the NÃ¼rburgring.
How did you get there and how long did it take?
We drove to the Holiday Inn at Ashford North the day before and were collected at 1pm by a feeder coach. This was a leisurely start and not too tiring on the first day. The Channel crossing was by ferry from Dover to Calais, during which we had time to relax on board and start to take in the atmosphere of the avid Grand Prix fans all travelling to Germany. We arrived at our hotel around 11pm, which was reasonable for the distance we had travelled to be close to the circuit.
Where did you stay?
We stayed at the 4-star Ramada HÃ¼rth-KÃ¶ln which was in a great location, with places nearby to get our evening meal and only a 1-hour drive from the circuit. After a lovely breakfast, we left the hotel in good time to beat the traffic to get to the NÃ¼rburgring.
How does actually seeing it live compare to watching on TV?
Itâ€™s such an incredible difference, being at the circuit to watching the race on TV. From the sounds of the roaring engines to the smell of the fuel, you get to feel the intensity of the F1 cars and see just how quick they fly around the track. Itâ€™s such a good atmosphere, with all the different supporters of teams, drivers and nationalities. Thereâ€™s a real sense of camaraderie and mutual respect between each supporter, all together, just there to have a good time and enjoy the race. Before we went, we knew we wouldnâ€™t get to see as much of the race as you do on TV, but the atmosphere more than made up for that. At qualifying, we walked around the circuit to work out the best places to stand to see the race. On the race day we found where we wanted to be and managed to get in front of a screen and saw more or less everything they showed on the TV as well! 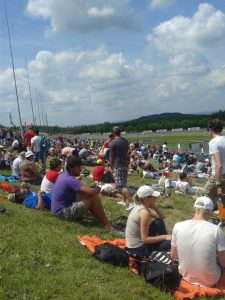 Did you go to watch a certain driver or team?
I will always be patriotic and support McLaren, but this season, I have had to follow my not-so-secret crush: Lewis Hamilton! Kitted out in Mercedes gear with a huge Hamilton flag was a bit daunting in the middle of a crowd of Vettel fans… in Germany! When Lewis got pole position on the Saturday we wanted to discreetly slope away back to the coachâ€¦ to our surprise, all the German fans were cheering with us and had a few beers with us at the bar! 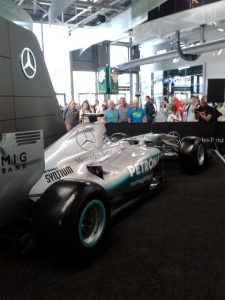 What was the weather like? Did it affect your visit?
As we had this as our main holiday this year, we were really hoping to get some sunshine. The whole weekend was glorious from when we arrived in the morning until after the race ended in the late afternoon. It made the experience more enjoyable and worthwhile, rather being in rainy Silverstone back in the UK!
Please sum up your tour in five words?
Atmospheric, surprising, experience, thrilling, loud!
Would you do a Grand Prix tour again?
Definitely! NÃ¼rburgring was top of the list, but Iâ€™d love to go to the Belgium Grand Prix and The Monaco Grand Prix. 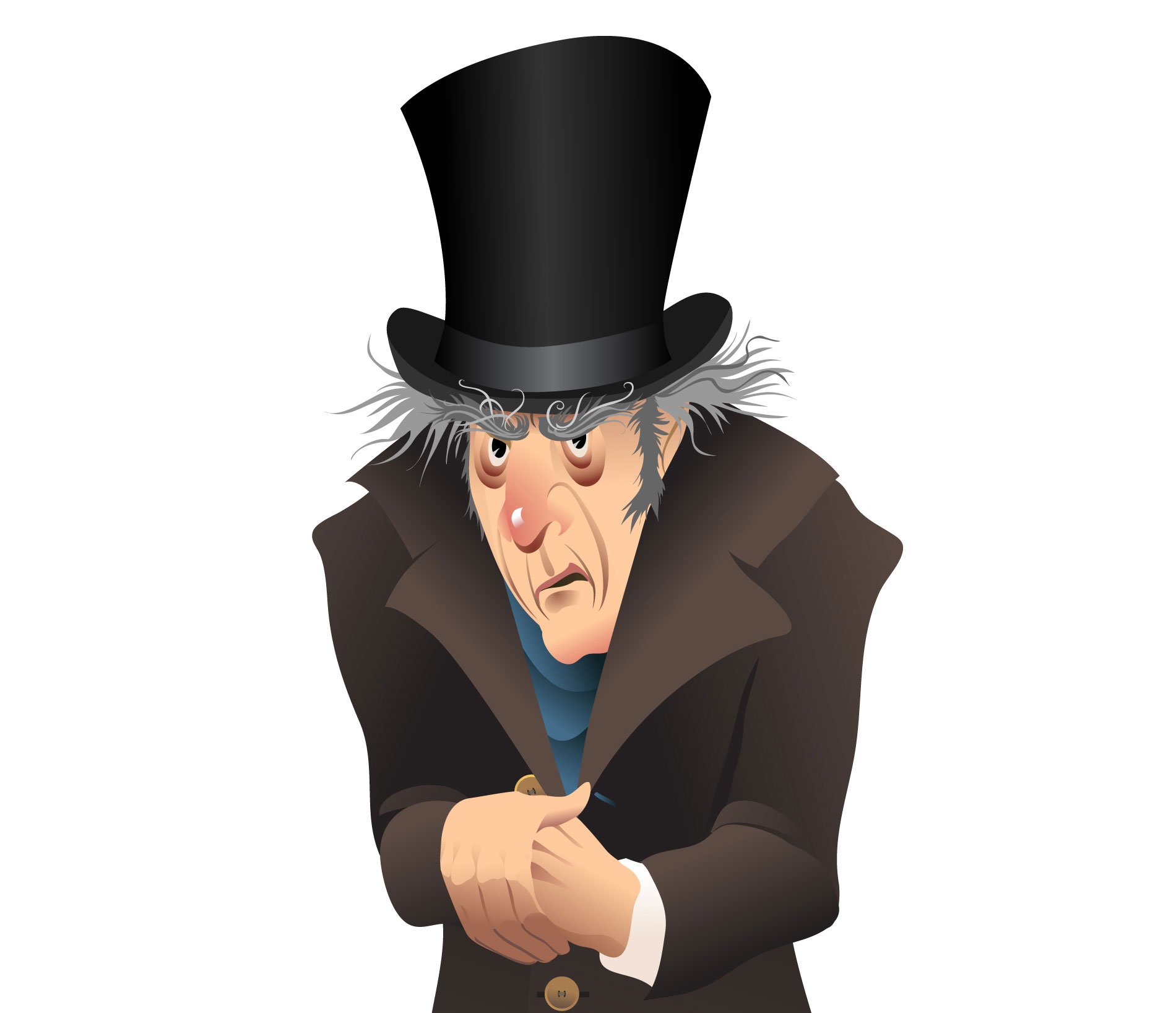 Free holiday on offer for the UKâ€™s biggest Scrooge

Are you the UKâ€™s biggest Christmas Scrooge or does the thought of festive feelings bring you out in a rash? If so, you could be in for a treat with a twist this yuletide season!
Weâ€™re offering the nationâ€™s biggest scrooge, and a friend of their choice, a free seat on one of our most popular Christmas Market tours in the hope of overcoming any Grinch-like ways they may have.
To enter yourself, or nominate a loved one, all you need to do is send us a 300 word explanation of what makes you (or the entrant) the UKâ€™s biggest Scrooge along with a photo of the person nominated. Entries should be sent to losethescrooge@lucre.co.uk by the 25th of November 2013 at which point your entry will be put forward to the panel.
The lucky winner, who will be notified by the Leger team by the 27th November, must be available to travel on the 12th December 2013. Collected from one of a selection of pick up points, the winner and a companion of their choice will travel on a luxurious Silver Service coach to visit Brussels Christmas Markets and Valkenburg for a spectacular four day tour. Their Christmas spirit levels will of course be measured both before and after their return.
Huw Williams, Marketing Director for Leger Holidays said:
â€œThe European markets offer unbeatable festive atmospheres which are sure to melt even in the frostiest of characters. Over the years, weâ€™ve had so many customers come back from the tours claiming to have found a new sense of Christmas spirit that we just had to put this to the test and see how powerful the sights, sounds and smells of these markets can be!
â€œOf course, everyone is entitled to embrace their inner scrooge should they want to. However, through this competition, we wanted to provide an opportunity for those who are more curious about exploring their hidden Christmassy side. We look forward to reading through the entries and we wish everyone the best of luck!â€
Looking to enter or nominate someone you know? Make sure youâ€™ve read our terms and conditionsâ€¦
Terms and Conditions: 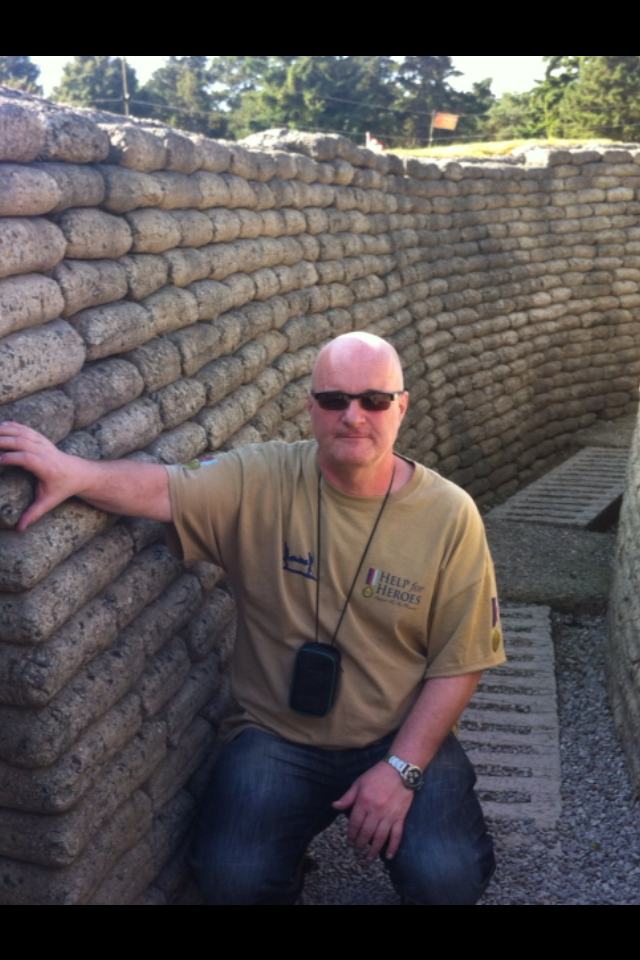 Paul Prendergast had a couple of very special reasons for joining Legerâ€™s 5-day All Quiet on the Western Front tour.
My interest in WW1 goes back a few years and was kicked off again by some research that I started at work.
I work for Royal Mail in Stockwell London SW9 where I am a Delivery Office Manager. Every office has a plaque dedicated to the dead of both wars. The plaque above my office has 6 names on it (Iâ€™ll come back to this later).
On the morning of our tour, we were met at Peace Pottage by our feeder coach and then travelled to Dover where we all boarded the ferry to head to Calais. On arrival in France we changed to our tour coach where we met Andy and Barbara who were our drivers/hosts on the Silver Service coach. We also met Iain McHenry, our Specialist Battlefield Guide who spoke about our tour.
Day 2
We set off at 09.00am to Tyne Cot Cemetery, where the graves of 12,000 men are buried and remembered. It makes you realise how senseless war is when you see that. Iâ€™m a member of the Victoria Cross Trust, and I also got to see the graves of three Victoria Cross holders.
We also visited then Sanctuary Wood and some trenches that have been preserved by the owner, and on arrival we heard a guy playing the bagpipes.
We then went onto Hooge Crater and Cemetery. The place was kept in beautiful condition by the CWGC, and I also found another VC grave.
After lunch we headed towards the Messines Ridge and we stopped at the Ulster Peace Tower, where our guide pointed out the German Front lines and spoke about the famous Christmas Day truce. He also pointed out that past the tower, a house/farm still has 50,000 tonnes of explosive under it!
We then stopped at another cemetery where there was a Jewish grave. I placed a stone on top the headstone – this is Jewish custom and there was no stone on there. This was the least I could do.
The final and most moving part of the day was the Menin Gate Last Post Ceremony. On the Menin Gate are the names of 55,000 men killed or missing. I was nearly in tears when I saw this monument to the people who gave their lives for our freedom. On the wall I found the names of the people from The Post Office Riflesâ€¦ this is where the story about my reason for going unfolds. I placed a small cross of remembrance there for the six men killed from my workplace. 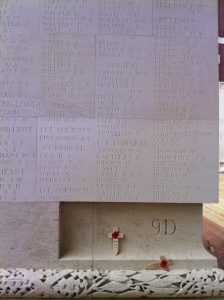 Day 3
This was going to be a day of very mixed emotions for me. When we were on the way to Wellington Quarry it gave you a real idea of the people who lived, slept, ate and dug themselves into no manâ€™s land.
We then went to Arras. There is a wall with the names of 36,000 men missing or killed in action there, and this is when it became very personal for me. The reason for this is that there was a name on the wall: rifleman John Williams 371151, died 16/06/17 2/, Post Office Rifles LONDON 2/8 BTN. Postman, Stockwell Delivery Officeâ€¦ The place where I now work.
I placed a cross of remembrance on the wall. 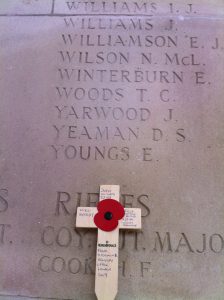 While sitting there, trying to imagine what he went through, a thought crossed my mind. All I could think was how honoured I am that I could say to him: â€œWe have not forgottenâ€. I felt a mixture of pride – that I now work where he worked; honour – placing a cross by his name; and sorrow – knowing that his family could not bury him.
It was a very thought-provoking day for me.
Day 4
We had a long drive to La Boisselle, which is the biggest man-made crater on the Western Front. It was made by placing tonnes of explosive under the German front lines, then exploding them all at once. You cannot imagine what the scene of carnage must have been when this happened.
Our last visit of the day was to the Thiepval Memorial. It is the biggest memorial, with the names of 77,000 men missing or killed. I was looking for one: Sgt George Ryder 2512, died 07/10/13, Post Office Rifles LONDON 1/8 BT. He is the second of the two men that I traced, and the reason for my trip to the Western Front. Sgt George Ryder died 97 years ago on the week of my visit, so to finish the tour in this way, and by placing a cross by his name on the panel, again I can only feel proud. I just wish that, in some way or another, these people who fought for us could see that we still care about what they did for us 100 years ago.
The All Quiet on the Western Front five-day tour is the best way to see all the sites, and the guide, Iain McHenry was first-class. He helped me to find the names of the people that I came to remember on the walls, and also pointed out the VC winners to me. His knowledge of the subject was tremendous. The coach staff, Andy and Barbara were polite and very friendly throughout.
I will be going back – not just yet, but I still have four more names to find.