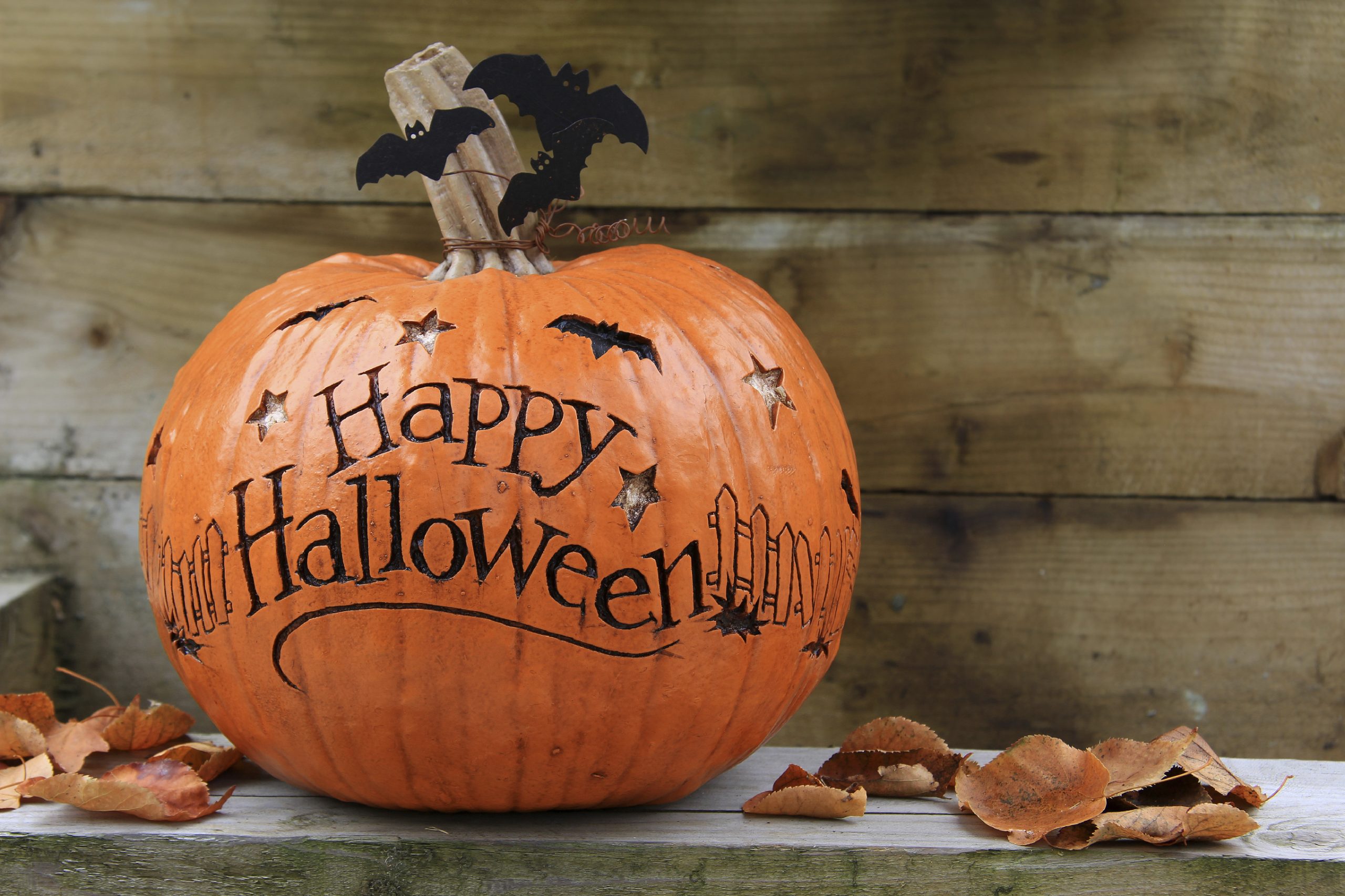 As the nights draw in, thereâ€™s a certain something lingering in the air. Something, eerieâ€¦ Something, spooktacular! Of course, weâ€™ve hit Halloween.

Love it or hate it, Halloween has crept upon us once again and shops and homes are packed full of spooky costumes, sweets and carved pumpkins that really are cutting edge.
But, as we get ready to celebrate the seasonal scare-fest, have you ever wondered how others around the world celebrate?
Well, this isnâ€™t a trick, so treat yourself to something interesting. As the sky turns dark this Halloween night, hereâ€™s how our continental friends, and beyond, will be having a ghoul old time this weekend â€¦

The birthplace of Halloween!

Starting at the beginning, Ireland is said to be the birthplace of Halloween, dating all the way back to its Celtic roots. Marking the end of the Pagan pastoral cycle, the 31st October was considered the last day of the year.
Celts associated winter with death, so, on the last day of the â€˜brightâ€™ half of the year, it was thought the boundary separating the living from the dead became blurred.
This not only allowed the souls of the departed to return to their former homes, but also potentially wicked spirits were released from the â€˜Otherworldâ€™ and became visible to humans. Spooky!

The Austrians take a much lighter meaning from All Hallows Eve, leaving bread, water and a lightened lamp on a table before heading off to bed.
It was once believed that this act of kindness would welcome the dead souls back to earth and rather than it being a haunting event, it was actually considered quite magical.
By the same token, in China, during the Halloween festival known as Teng Chieh, families place food and water in front photographs of family members that have passed away, whilst bonfires are lit to light the paths of spirits as they join us back on earth for the night.
However, in Germany, residents take a slightly more cautious approach when it comes to the return of the lost, putting away their knives to avoid risk of harm to or from their â€˜Otherworldâ€™ visitors. After all, those ghosts have real spirit.

Day of the Dead

You may have heard of the Dia de Muertos, or Day of the Dead, associated with Mexico and other Spanish speaking countries, in fact, itâ€™s even the opening sequence to the new James Bond film, Spectre. However, Spain celebrates a little differently.
There is the Dia de Difuntos (Day of the Dead) and Dia de Todos los Santos (All Saintâ€™s Day) and, whilst they are separate events, the two are usually celebrated together and are actually a religious holiday, with mass held three times throughout the festivities.
Much like Christmas, the holiday is considered a family day, however, visits to the graves of loved ones is high on their priorities, honouring their lost loved ones and leaving them covered in fresh flowers.
And, to top it off, thereâ€™s also performances of the most famous and romantic mythical story seducing women and fighting men, Don Juan Tenorio, to keep everyone entertained â€“ not quite the scary story you would expect to hear around Halloween.

Weâ€™re Just Here for the Party

Our French neighbours donâ€™t really believe in any spooky superstitions at this time of year, in fact, Halloween is typically regarded as an American holiday.
However, never being a nation to turn down a party, the French have somewhat adopted la fÃªte d’Halloween as an excuse to dress up and celebrate, and who can blame them?
And, of course, one of the most spectacular Halloween Spooktacularâ€™s is at the magical Disneyland Paris Resort, lurking amongst the pumpkins on Main Street U.S.A you’ll find spooky adventures for all the family.
Whilst trick-or-treating is not as popular over the Channel, the few you do find going door-to-door, will be knocking on the fronts of shops rather than gracing their neighboursâ€™ doorsteps.
With a little push from big, multi-national companies, the knowledge of Halloween is now wide spread, with some people even objecting to the idea of an overly-commercialised American holiday, whilst others simply relish in some freaky fancy dress.

So, itâ€™s over to you, how will you be celebrating this year? Do you have your own traditions of creating some freakish fun or are you having a fright night within the safety of your own sofa?

Ready for some more ghost stories? Find out where the spookiest places in Europe are hidden in our previous blog, here. 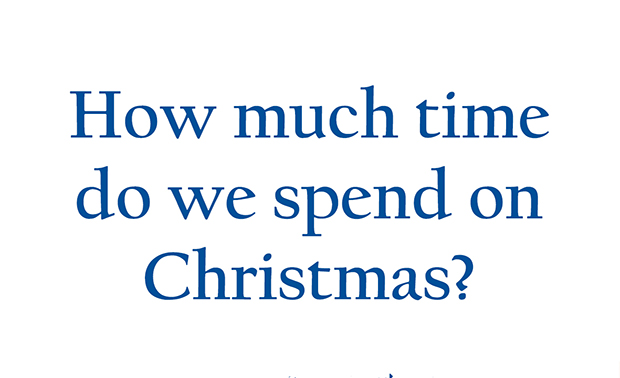 How much time to do dedicate to Christmas? Leger Holiday’s research reveals Brits spend an average of 1.5 years preparing for the big day in our lifetime!

Christmas is the most important time of year for us Brits. Over half of us claim they spend too much time getting organised for Christmas, with almost a quarter of people admitting that they find Christmas stressful. Take a look at our infographic below to find out what our main bug-bears are during the festive period.

Of course, Christmas is still a magical time for most, as 89 per cent of people still admit to getting caught up in the festive spirit, even more so for the 6 per cent who deliberately extend their holiday preparation over the whole year, beginning Christmas preparations in January!
One way to get wrapped up in the festive spirit is to head to one of Europe’s fantastic Christmas Markets. From Mulled Wine to tasty local delicacies, you can even pick up unique gifts for your loved ones, really take the stress out of the run up to Christmas. 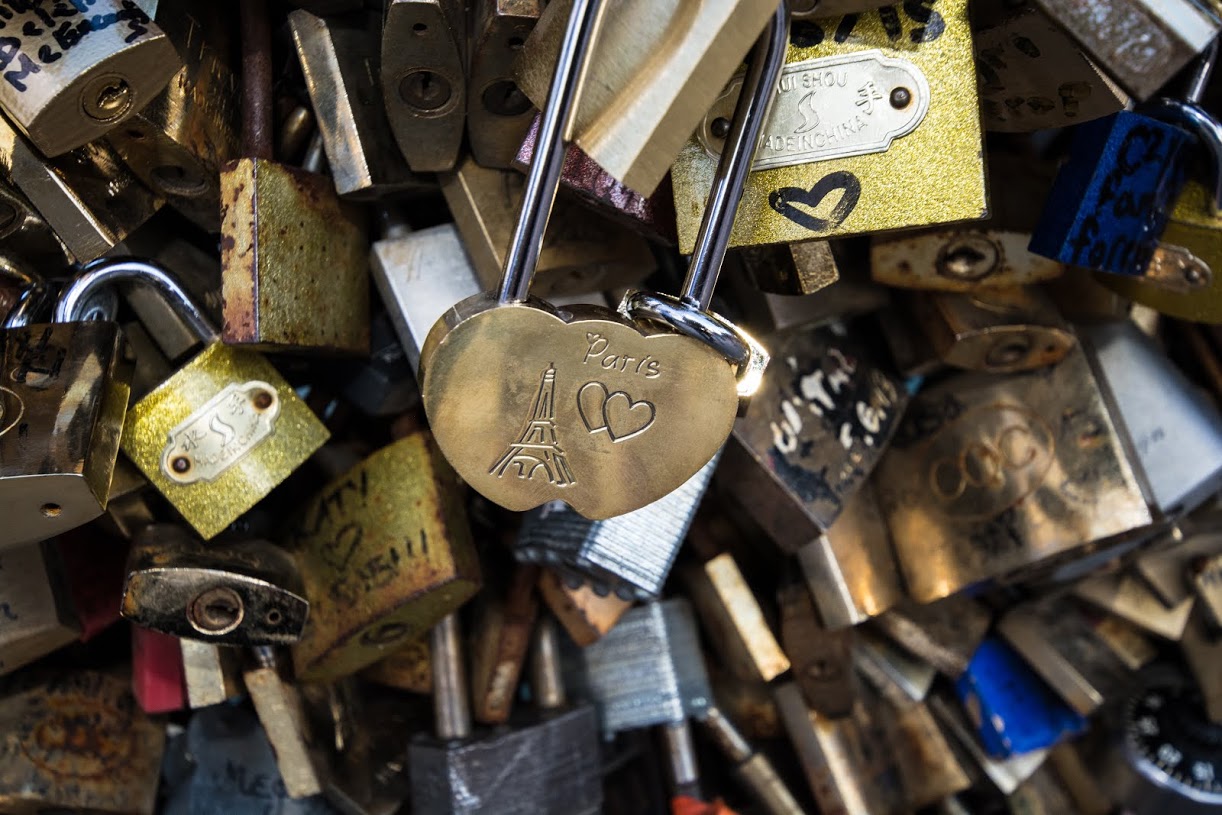 I have been a photographer for a few years now and when the opportunity arose to work with Leger Holidays I was so excited.

My first assignment was to visit Paris on a 4-day coach break, taking photos for Leger’s brochures and website. Having never been to Paris before, I was awaiting this trip with such excitement. Once I had received my itinerary I knew I was in for a highly rewarding weekend.

I really enjoy walking and when the beautiful scenery matches the weather I find myself walking miles on end. The great thing about booking with Leger Holidays is that you can also make use of the excursions and really get to see everything.
The positive spirits of both the coach drivers and the passengers made for a pleasant coach journey from England into Paris. Everyone was welcoming of one another and after a couple of onboard drinks, the jokes were flying around.
The hotel I stayed in, the Inter Hotel Le Cardinal on the outskirts of Paris, was fantastic. The rooms were perfectly clean and well laid out, the staff were so friendly and more than happy to assist us with any questions and the included breakfast had plenty to keep you going. 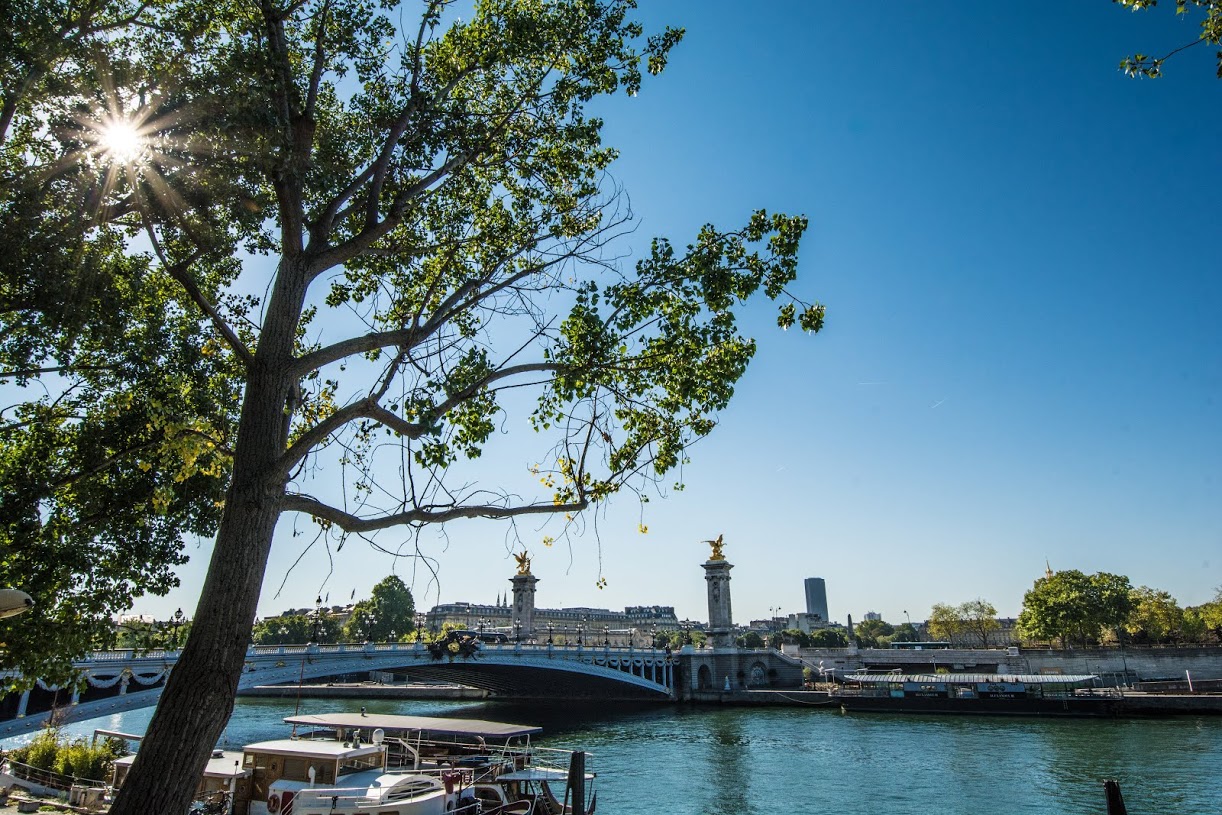 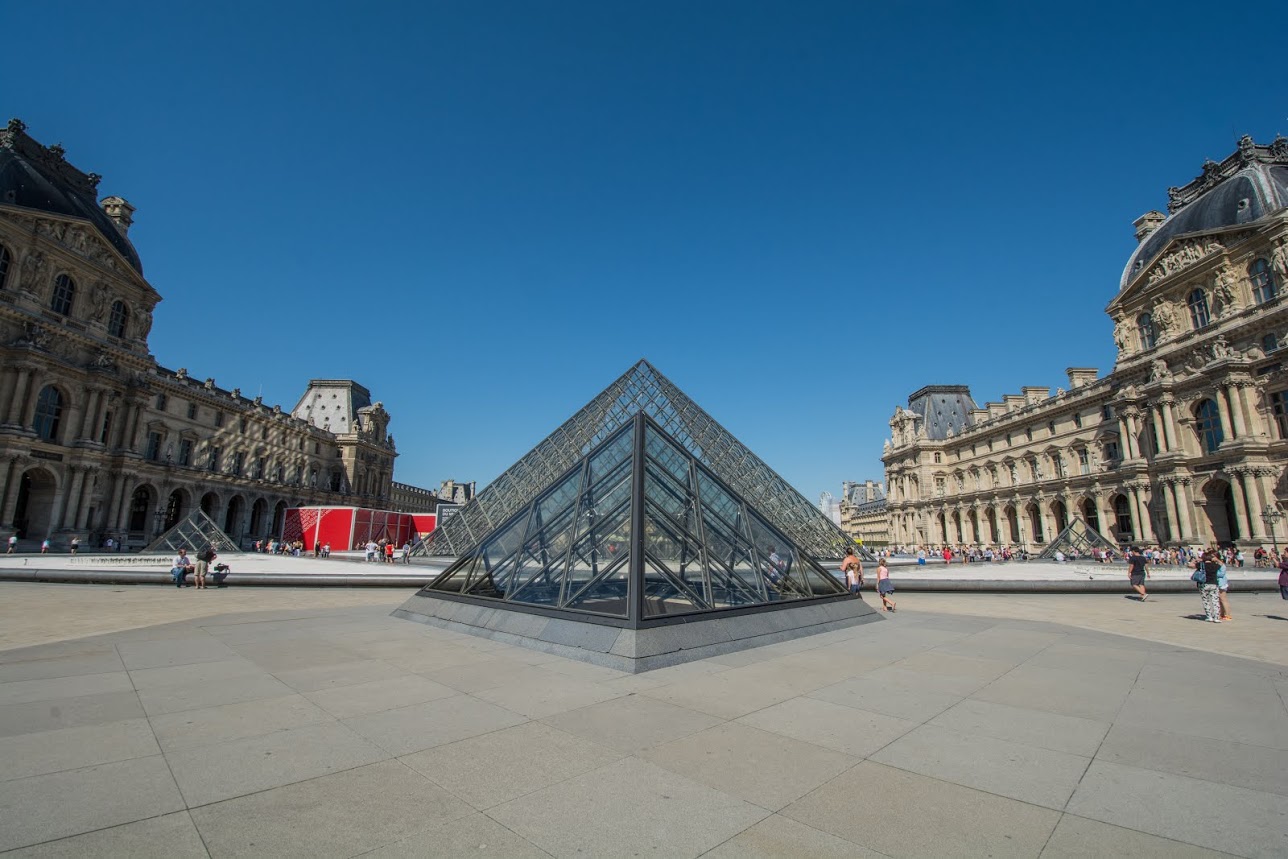 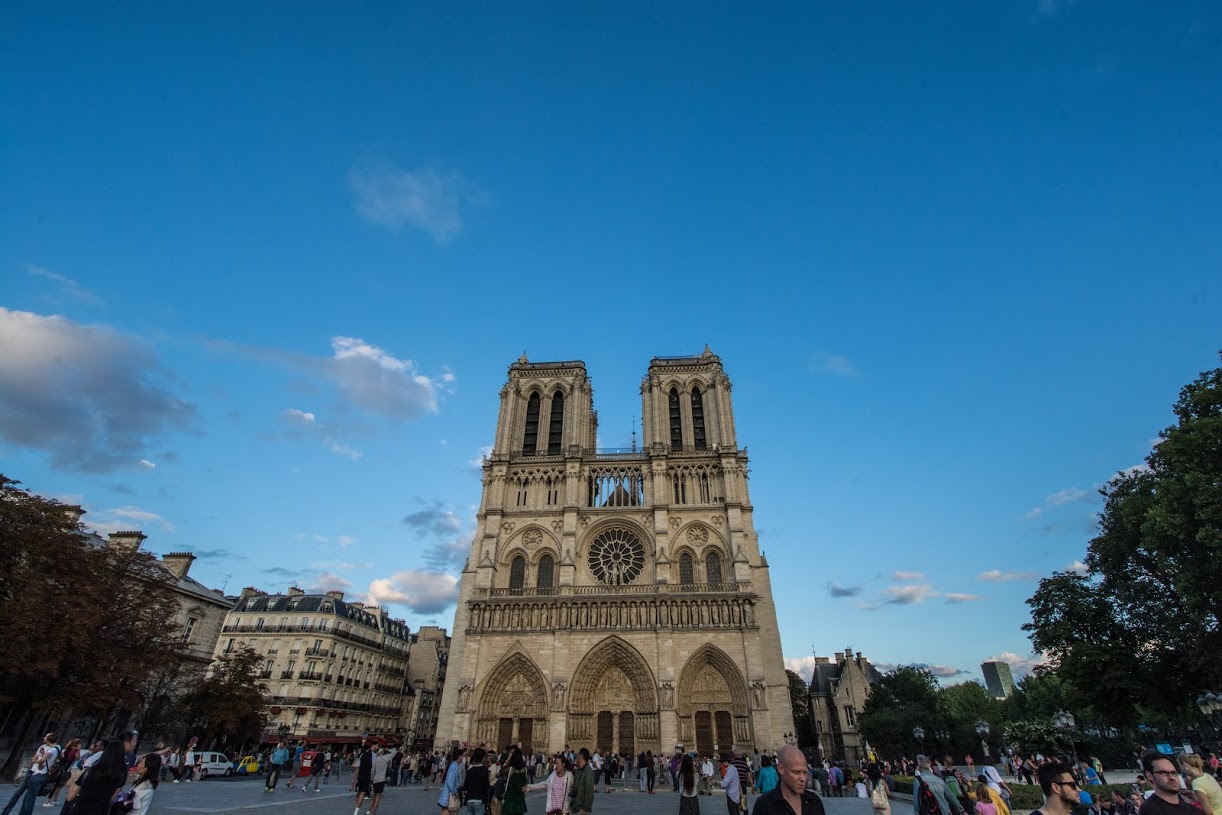 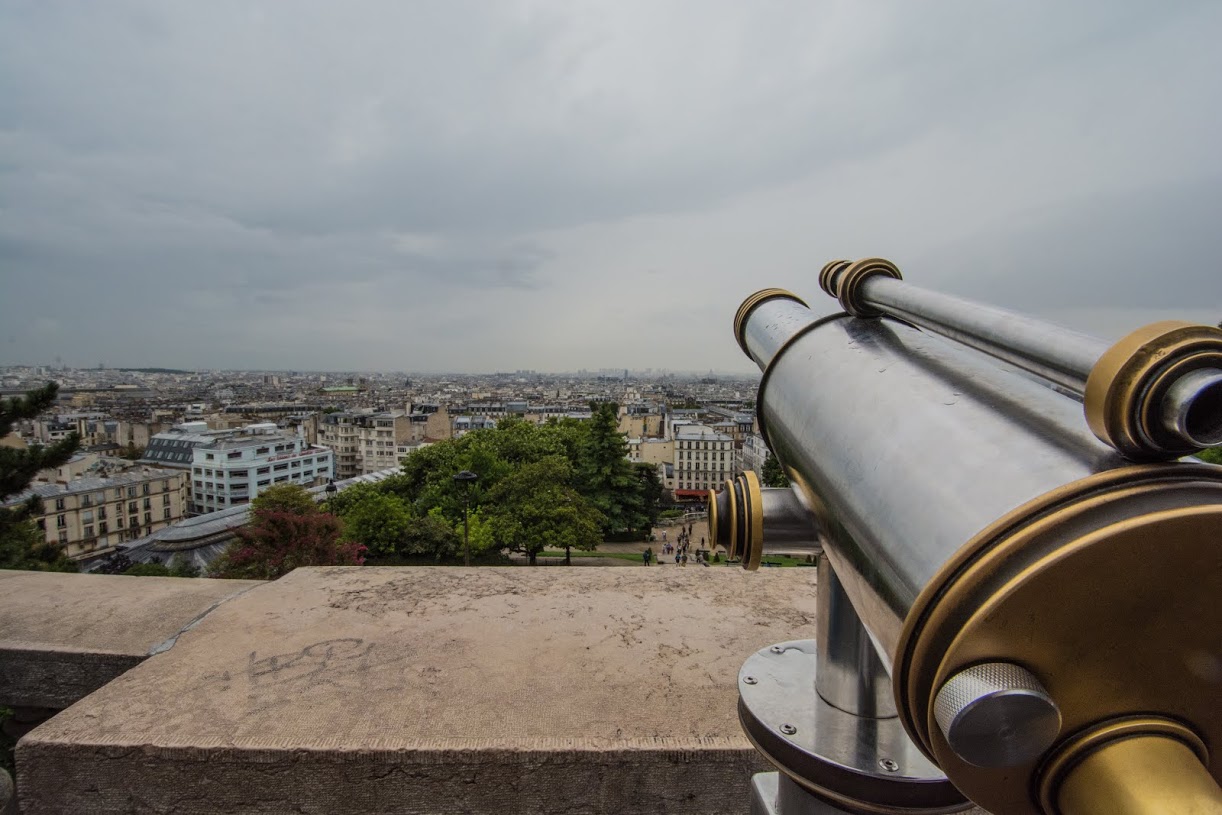 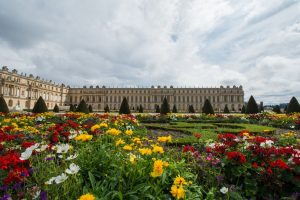 On the first morning, the first major sight I saw was the Arc de Triomphe in all its glory. I couldn’t believe how big it was, and one thing that stuck with me is how the coach just fell completely silent as we drove around it. Everyone was just taken aback and it’s at this point I really felt that I was in Paris. As we came down The Avenue des Champs-Elysees somebody said, “I wonder if they have a Primark here”. The whole coach atmosphere was fantastic and everybody was so excited to start exploring.
We were able to park almost directly below the Eiffel Tower. The huge structure was unlike anything I had ever seen before, and again, it looked so massive in real life. The sun was shining through all its little gaps and it just took my breath away. The beautiful blue sky contrasted the metal wonder perfectly and everything just seemed to stop for an instant.
Just walking through the centre of Paris I could see that it was unlike any other place. The streets were lined with trees that have been perfectly trimmed so that they were all symmetrical,
historical statues stand on every corner and even the street lights look like something out of a movie.
The Louvre was definitely a huge highlight for everyone on the trip. I remember having a conversation with a passenger who said that you know the art inside is going to be good when the building itself is a masterpiece. The entrance is a huge glass pyramid and each panel seemed to reflect the suns light slightly differently.
As I followed the road and went over a beautiful bridge I reached the Notre Dame, the home of the fictional character Quasimodo. The gothic masterpiece is such a joy to behold and the gargoyles perched on the corners are almost lifelike.
The river Seine cruise is an optional extra that Leger offers and everyone on the coach wanted to do it. The gentle cruise was made even better by the gorgeous weather and a pleasant breeze. It’s a great way to see the city from below and also gain some knowledge of the history of Paris. The detail of the bridges that can only be seen from below; the little houseboats that line the edges of the river; the sound of the water lapping up the side of the boat as you glide past the Notre Dame; and the way the city
looks from the boat. It was so peaceful and tranquil and the sun shone over the top of the buildings as brightly as the smiles on the people’s faces.
In the evening, Leger had organised a three-course meal in a restaurant in the Latin Quarter. This was definitely one of the highlights of the trip for nearly everybody on the coach. The restaurant was tucked down a back street, without the help of Leger, we would never have found it. As soon as we walked in we were greeted by a couple of jolly locals playing the guitar and accordion. They proceeded to seat us in an underground area and brought out lots of free wine and bread.
Being in France, I decided to have the snails that were on the menu and they were delicious. I’m always happy to try new things, but in all honesty, I hadn’t expected to really enjoy them. They arrived with shells and I had to pick them out with a skewer. They were really tasty and not at all chewy, as I expected. The main course was a choice of different meats served in different sauces, so there was something for everyone to enjoy. Whilst we were eating our desserts, the guys with the guitar and accordion came down to play for us. Their English was as perfect as their sense of humour and it really capped off a brilliant evening.
The second morning began as pleasantly early as the first and we were soon off to Montmartre. Highlights in Montmartre are definitely the Moulin Rouge and the Roman-Catholic Sacre Coeur church. There was a really nice smell in the air from the abundance of patisseries.
By lunchtime, we were heading off to the gardens of Versailles and nobody knew what to expect. The thing I liked most about the gardens was the perfect symmetry of everything. I have always enjoyed things to be in order, especially in my photography, so Versailles really filled me with deep happiness. The flowers are beautifully maintained and there’s just so much colour everywhere. It’s a truly breathtaking place and a great way to round up the whole trip.
Leger Holidays made it easy for me to really experience the culture of a city. It’s great if you don’t feel up to travelling all on your own or if you want to see everything a place has to offer but you don’t want the stress of sorting it all out yourself.

I am looking forward to my next assignment.