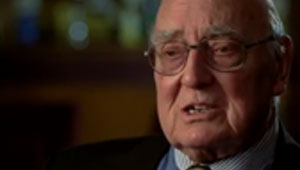 There are a few National Lottery syndicates here at Leger HQ, as I’m sure there are at workplaces across the country. There’s many a happy conversation about what we’d do if we won, the trips we’d take and who would and who wouldn’t give up work.

Even though week after week we never hit the jackpot (£10 doesn’t go far between eight of you), one of the best things about the lottery is all the worthwhile causes it helps to support. A staggering £29bn has been raised since it launched almost 20 years ago.
One of the activities it helps to fund is particularly close to our heart the Heroes Return Grant, taking veterans back to the places where they fought during the Second World War.
On one of our February D-Day Landings battlefield tours we were joined by a film crew from the BBC’s National Lottery Saturday night TV programme. They were following a lovely veteran called Ray Wilton, along with his daughter Debbie Cox and grandson Alex. Ray was a member of the Royal Navy in WWII, joining as a telegraphist in 1943. He took part in the D-Day landings at Gold Beach on 6th June 1944, where he served on a motor launch, leading the 50th Northumbrian Division on initial landing. This visit was the first time Ray had returned in almost 70 years. As well as Gold Beach he also visited Pegasus Bridge and other key sites in Normandy linked to the landings.
Ray explains what it was like returning. “It was very emotional,” he said. “Although it looked very different – it was a crisp, sunny February day as opposed to the fierce storm of June 1944 – the memories soon came flooding back. I could remember vividly those brave young men who died on that memorable day.
“The highlight of the tour for me was visiting the Arromanches Museum and signing their visitor book, being presented with a veteran’s medal and having a wonderful welcome from the French curator there. She was in tears as she gave me the medal and thanked me for ‘liberating her country’.”
Debbie Cox, Ray’s daughter, added: “It was an emotional but uplifting experience. With my son there too, it was wonderful to have the three generations sharing the experience together. It was a privilege to pay our respects to the fallen. The film crew were very sensitive and extremely professional and we thoroughly enjoyed their company, along with that of the coach drivers, tour guide and fellow passengers, who were a varied group of all ages. The tour guide was extremely knowledgeable and planned an excellent and varied tour which appealed to dad as a veteran, as well as people with an interest in the war.”
Tony Lea was the specialist battlefield guide on the tour. He commented: “It was obviously very emotional for Ray and his family, but something they felt it was extremely important to do. What people often don’t realise is that for those who fought, this visit back so many decades later can be like finding the final piece of a jigsaw puzzle. My experience is that veterans often don’t know how the roles they played fit into the bigger picture of the war or the battle. They can be left with questions on why they were there and as part of a visit I will explain to them the wider story which can bring about a new understanding for them.
“Whenever we have a veteran on a tour, we will try and work around their personal experience, helping them to visit places which were important to them and weaving it into everything else that was happening at the same time. It’s fascinating to have the opportunity to speak to someone who was actually there and other visitors on the tour often find it invaluable and extremely moving to share their experience with someone who has that personal perspective.”
Ray’s story as shown on the ‘National Lottery: In it to win it’ programme can be seen on Youtube  Part 1 and Part 2 .