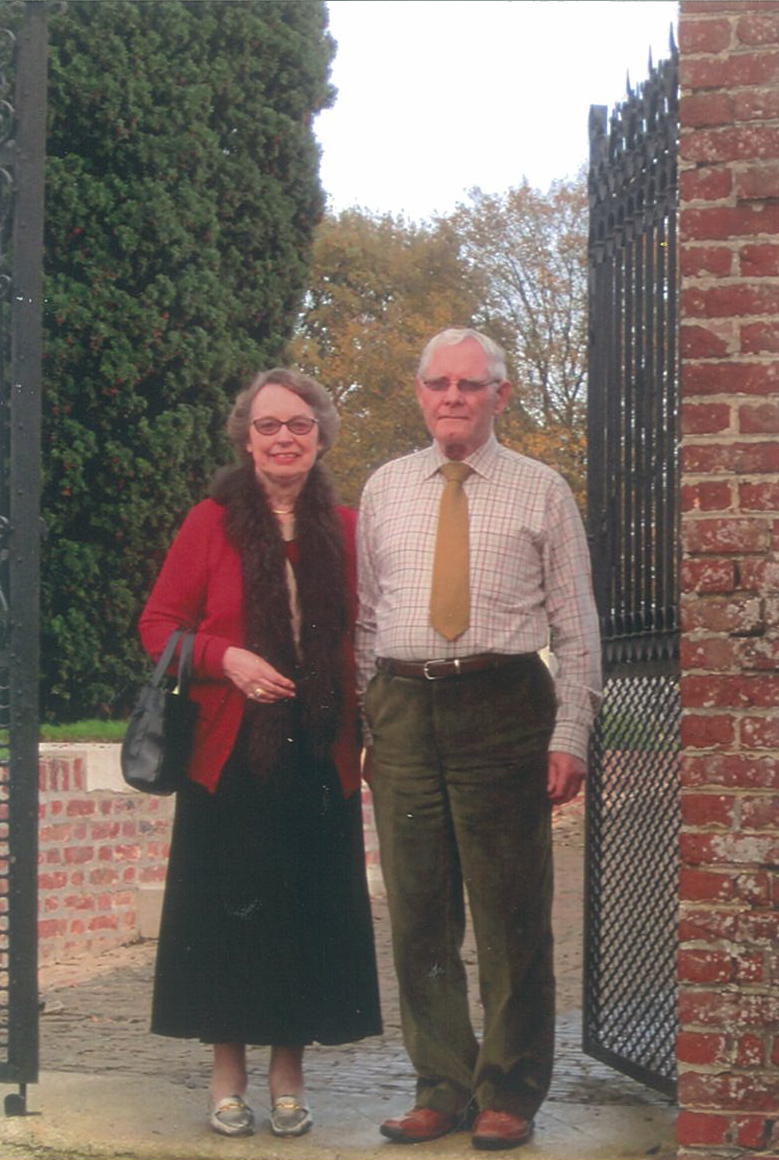 A century ago, in August 1914, Great Britain plummeted into war. Involved in the battle were millions of soldiers and by 1916, conscripts. More than Â¾ million men were never to return home. Hundreds of thousands more wounded or damaged mentally by what they had witnessed on the battlefield. Having been a professional soldier, and experienced active service, I can only comprehend in a minuscule way what these brave men must have endured.

My grandfather was a volunteer in the 14th Battalion York and Lancaster Regiment – “The Barnsley Pals”. The “Pals” Battalions were a phenomenon of the Great War. The volunteers consisted of men from different social backgrounds, coal miners, office workers, young professional gentlemen. Mostly from the Barnsley area, designed to give them a common bond. Once recruited, they were trained and welded together to form a close knit
supportive unit called the 13th and 14th Battalions of the York and Lancaster Regiment and adopted the identity of the “Barnsley Pals”. They went into action for the first time at “Serre on the Somme” on the 1st of July 1916.
The only way for me to gain an insight into the conditions under which this war was waged in 1914/1918, was to take a specialised battlefield tour, using the expertise of a tour guide. Therefore, we chose Leger and we were fortunate in having available to us a well-known military historian, Paul Reed.
In both areas of conflict – Flanders and the Somme – battle conditions were almost identical. The futility of lives wasted in capturing a few yards of territory, at times costing hundreds of lives, sometimes only to be lost later in a counter attack. Existing in trenches, with constant shelling and sniper fire, sometimes knee deep in water and mud, with vermin ever present. Winter temperatures could be as low as -25â—¦C so keeping their circulation going to be able to fire their weapons was a constant problem. It is amazing how morale was maintained, they were also expected to go “over the top” when the order was given, knowing they faced near certain death. I can only assume that the comradeship of the “Pals” Battalion made this possible.
In Flanders, I could not see anything other than the stark reality of war; even in the villages which have been rebuilt there was an emptiness and chill in the atmosphere. The many military cemeteries maintained the aura and futility of war on both battlefronts. Because of this, I fear there can be no feeling of peace in either place.
The high point of the tour for me was when Paul Reed made an unexpected detour enabling me to visit my Grandfather’s grave at Hebuterne Communal Cemetery on the Somme, which fulfilled my desire of many years. A beautiful village cemetery with only twelve military headstones, my Grandfather’s head stone flanked on either side with two of his “Barnsley Pals”. The tribute to my Grandfather is written in the Book of Remembrance at Rotherham Minster. It reads as follows:
“ A Tribute to a Gallant Soldier and Leader of Men 14/396 L/CDL Edward Slater, 14th Battalion York and Lancaster Regiment. On the 2nd of November 2014, I was privileged to visit your grave at Hebuterne Communal Cemetery, France, one day before the anniversary of your death on the 3rd of November 1916.
Â 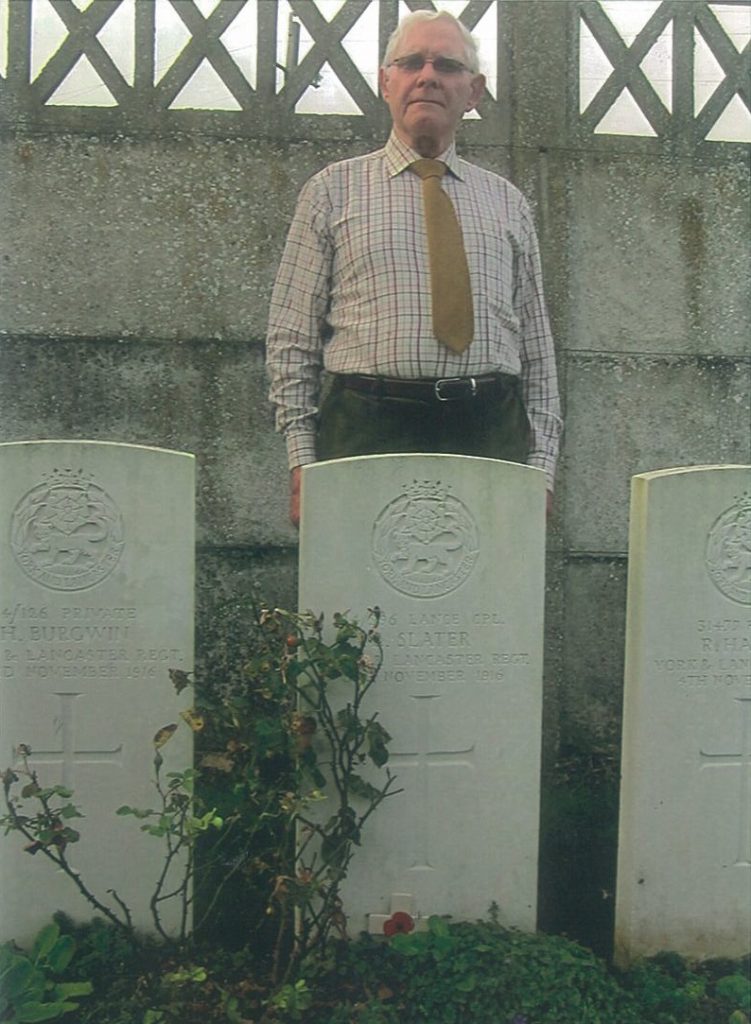 On that day you led your Section into action, knowing that you were facing near certain death. Fearful, but determined, you paid the ultimate price with others of the “Barnsley Pals” who are buried either side of you. Grandad, I salute and admire your bravery. Your Grandson and proud bearer of your name – Edward James Slater – Army Veteran of 24 years’ service.”
I am most grateful to our Battlefield Guide Paul Reed for making the tour such a memorable and emotional experience.


Written by Edward Slater and Jill Morrison from RotherhamÂ

11 Replies to “WW1: The Barnsley Pals by Edward Slater and Jill Morrison”