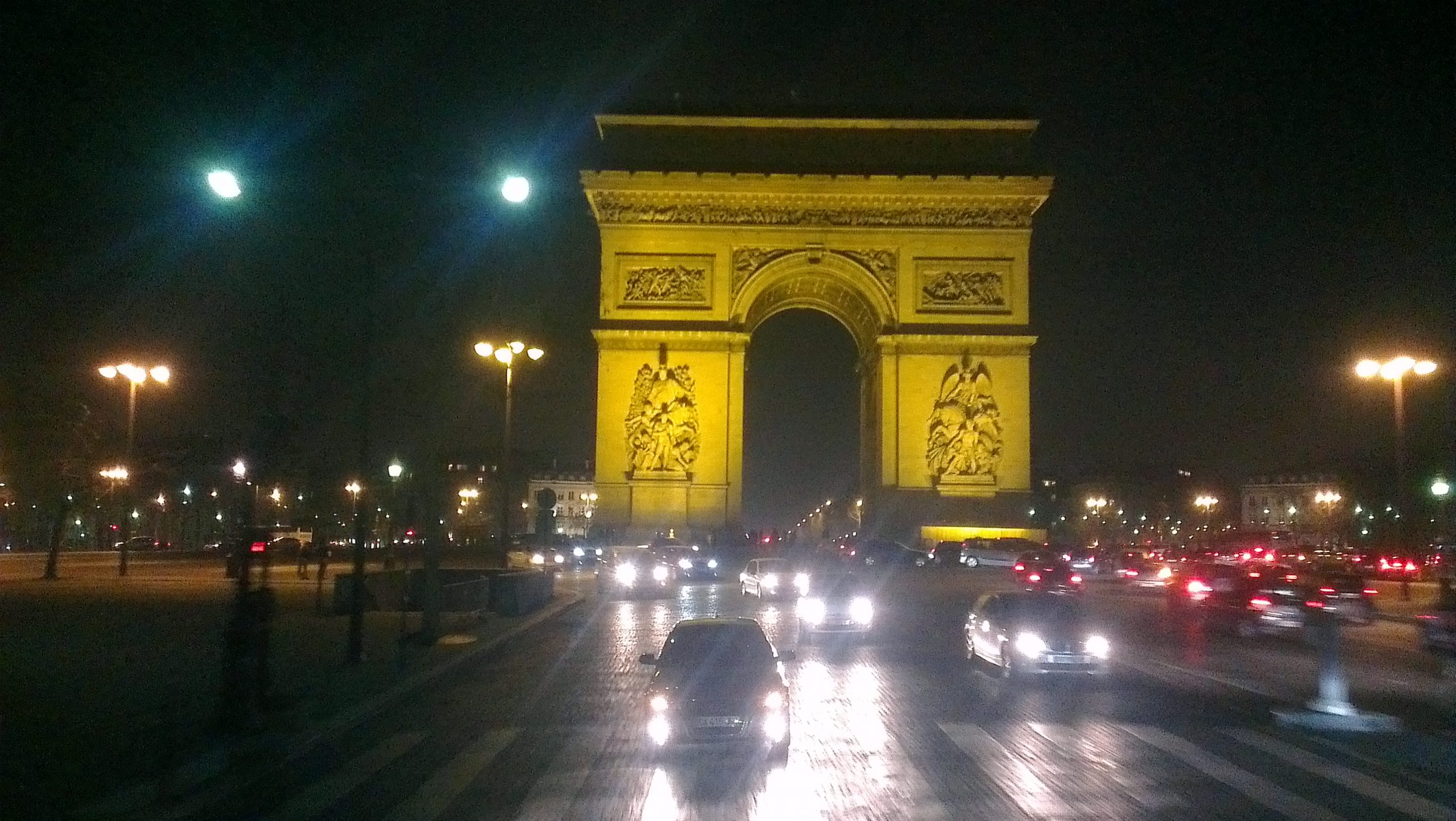 Richard Mansfield, Leger’s E-commerce Executive has been working at Leger for just over four months now. After seeing the popularity of the Paris Midweek and Weekend breaks by Coach, he decided he had to see what this tour and Paris had to offer.

A burning ambition of mine has always been to visit Paris and with it only being across the pond, I can’t believe it has taken me until 2013 to tick it off my ‘Bucket list‘.

Which tour did you go on?

How did you get there and how long did it take?

We choose not to take the option of breaking up our journey by stopping at the Ashford, Holiday Inn. Instead we were picked up from the Wakefield departure point at 4:30am (the first pick up of the day), picking up along the way and stopping for the odd comfort break.
We arrived at Dover at around 12.45pm where we boarded our ferry to Calais, France. After a wander around the ferry and a fabulous fish and chip dinner, we returned to our coach to complete the final leg of the journey to our hotel in Paris. This was around a 4 hour journey split up with comfort stops and a film onboard the coach.
Overall from Wakefield to our hotel it was around 13 hours. (which for a coach holiday novice like me, seemed to fly by)

Where did you stay?

We stayed in the 4-Star Holiday Inn Paris-Versailles-Bougival, which is located on the western side of Paris. The rooms are very nice offering all those little amenities you would expect of a 4* hotel. Unfortunately I didn’t sample the variety of treatments available at the onsite health spa, but after a little nosey around I must say it looked the perfect place to wind down after a days sightseeing in Paris.

What was the weather like? Did it affect your visit?

It was very cold, but we did go in February. (The hot refreshments on the coach were well received). The weather didn’t affect our stay in any way, we still did all the optional excursions. My only suggestion if you are thinking of travelling at the same time of year would be to pack extra layers.

Which optional excursions did you do?

We did all of them, starting with the Paris Sightseeing tour this may sound a little clichÃ© but it really is the best way to see Paris. The tour is around 2 and a half hours long, with the chance to hop on and off the coach for those all important holiday snaps. The tour also includes an English speaking French tour guide. Few pictures below

After the sightseeing, we had an hour’s free time around the Eiffel Tower (2 hours if not going on the cruise) before joining the river cruise excursion which is around an hour long.
Once we returned from the cruise, we then boarded the coach back to our hotel to freshen ourselves up for the Paris by night excursion. This includes all transport, a meal and a trip up to the top of the Montparnasse Tower, where we got to see the magnificent views over Paris and we got there in time to see the 9pm light show of the Eiffel Tower.

The next morning was a trip to Montmartre and Versailles. We decided to pay a little extra and took the guided tour of the kings living quarters. Montmartre is the hill on which the SacrÃ©-CÅ“ur sits.

After returning from the day’s excursions we had time to change and head out into the Latin Quarter. This is an area packed with souvenir shops, bars (where we watched England beat France in the Six Nations, a little awkward!) and eateries offering everything from a delicious waffle to fresh lobster.
After a stroll around the shops and some amazing pizza topped off by a chocolate and cream waffle, it was time to return back to our coach for our departure back to our hotel where we prepared for our journey home the following morning.
If you would like to know any more about our trip to Paris, don’t hesitate in putting any questions in the comments section below. Maybe you are considering the tour for yourself? More information can be found here – Paris midweek and weekend breaks by coach.