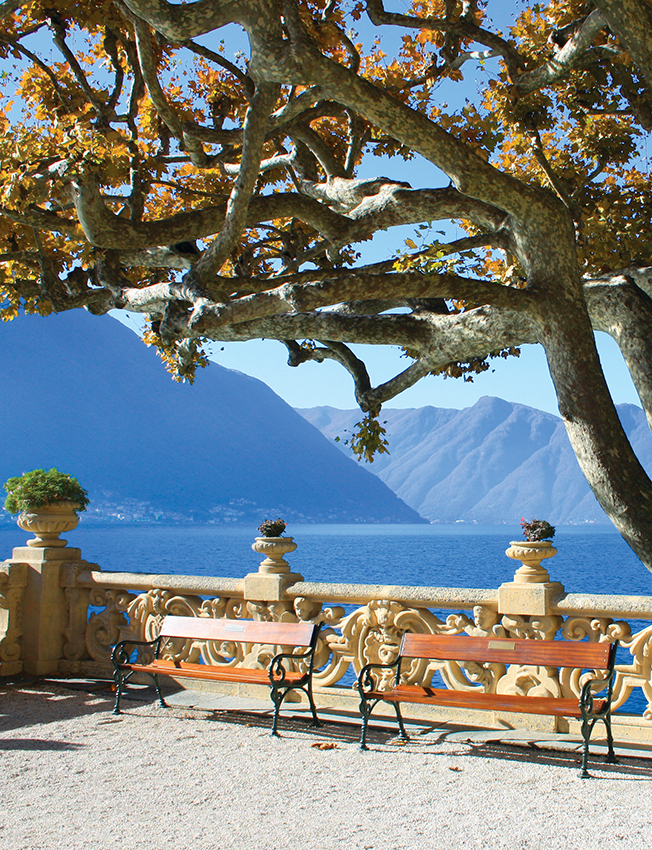 “Just go for it” I told myself. “What’s the worst that can happen?”.

I was thinking about going on holiday on my own for the first time. I’d always had someone else to share the decision making, the evening meals, even the journey with, so it would be quite unusual – even a bit scary – to be ‘going it alone’. But I wanted to get away. So I stopped thinking of all the reasons for not going. And I booked.

Working for Leger, I knew that Single Traveller holidays were part of the programme, and so I decided to opt for one of them – The Beauty of Lake Como and Lake Maggiore – as my first experience of ‘single travel’. Quite literally, a ‘busman’s holiday’!
I wasn’t really sure what to expect, but knowing that I would be on a coach with other people – despite them being strangers – made going on holiday on my own seem slightly less daunting. Having said that, I was still a bit nervous on the morning of my holiday. I was getting a taxi – a woman, on my own – to my pick-up point where I would join my feeder coach. The thought of travelling in a taxi on my own always makes me a bit nervous, but the Door-to-Door service that you get on Single Traveller holidays meant that Leger had sent the car to get me, so I didn’t feel too worried.

Getting to Know You

On the first day of the holiday the people on my tour coach were a bit subdued, but when we’d had our first night’s sleep and everyone was refreshed and ready for the first full day as a group, things started to change.
The following day, as we made our way through France and on towards Italy people started chatting to the person next to them, making conversation at comfort breaks and spending time at the back of the coach in the rear lounge (we were travelling on Silver Service), where everyone seemed to be getting on great. Our drivers did an excellent job of making sure we were all OK and keeping everyone supplied with drinks, and by the end of the week, it might sound like a bit of a clichÃ©, but we really were like one big happy family.

On our days out I enjoyed a walk along the edge of the lake in Lugano with one member of our group; a ride on the Bernina Express Railway through some fantastic scenery with some of our ‘gang’ – some said this was the highlight of the trip; a walk around the little town of Tirana with one lady; and a stroll around the lovely town of Stresa, finding my way around the little streets there with some of the others. We had some really great times. Great memories.


Our hotel – the Britannia Excelsior in Cadenabbia – was in an excellent location, right on the shores of Lake Como. Some evenings when we came back from our days out I enjoyed a bit of time to myself, having a drink at one of the little bars close to the hotel, just happy to sit on my own, looking out at the views over the lake. It was so peaceful.


As the holiday went on, we all got to know each other, chatting about where we’d been before, whether we’d been on holiday on our own before, what we thought of the holiday etc… We ate together on long tables every night and then moved to the large bar area after dinner where we chatted about the day and what we’d seen and done. When there wasn’t enough space in the bar for us all to be together, we improvised and made our own ‘bar area’ in the hotel’s lounge. We played games (invented by one individual in our group), danced to the live music, sang and laughed until the early hours each day.

Looking back, it’s hard to remember why I’d had any worries about travelling alone in the first place. I never once felt alone, even though everyone was travelling alone. Because of that, I think people made a bit more of an effort to talk to each other and get involved. There were, of course, those people who just wanted to keep themselves to themselves and spend time on their own and that was fine too. There was no pressure to do anything.

No Need to Worry

So, if you’re alone – for whatever reason – and still want to go on holiday, don’t be afraid of travelling alone. If I’d thought about it too much, I could quite easily have talked myself out of it, but now I know I had absolutely nothing to worry about.
If you go on a Single Traveller holiday, it’s your holiday and it can be whatever you want it to be. From my experience, if you want to have time on your own, it’s still comforting to know that the rest of the group is there if you want to join in with them. And if you like to mix and get to know people, there are plenty of people there who also want to get together and make new friends. One thing I would say, is to choose a holiday and a company that’s right for you. See what they offer single travellers. For me, the fact that I got a taxi sent to pick me up and I didn’t have to get one myself was reassuring, along with the fact that I would get my own room without having to pay a single supplement. Just see what’s right for you.

Since I joined my first Single Traveller holiday a few years ago, I’ve travelled many times on my own, been to some fantastic places and met so many wonderful people along the way, all of which I might not have experienced if I’d not taken that first step. I’d still not attempt backpacking around the world on my own – that would be a step too far for me – but I have no problem whatsoever in joining a group of people, both single and mixed groups of travellers, who all have the same thing in mind: to see more of the world.
So, if you’re deliberating about going on holiday alone, stop thinking and just go for it.
Share your single traveller holiday stories with us!
To find out more about Leger’s Single Traveller holidays, click here.