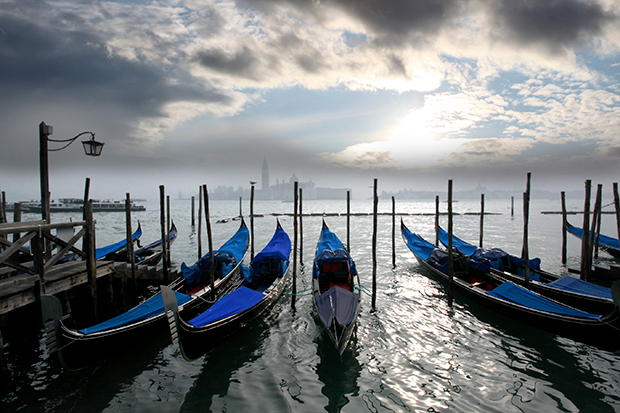 Welcome, guys and ghouls. Today, once again, marks the spook-tacular occasion of All Hallows’ Eve…

But, we couldn’t let it pass without an annual ghost story, brought to you from some of the spookiest places in Europe and beyond.
And, although we touched on it briefly last Halloween in our 9 of the Spookiest Places in Europe blog, this year, we’re handing over our freaky focus to Italy, and the petrifying island of Poveglia!
If you’ve visited Venice, you may have spotted Poveglia without even feeling its eerie presence across the lagoon.
Just a stone’s throw from the glitz of one of the world’s most famous cities, Poveglia is a rundown, uninhabited island, situated in the lagoon between Venice and the seaside resort of Lido.
Sounds idyllic, right? Wrong. It’s actually considered the most haunted island in the world!!
It began its inhabited life as a hub for the people of Venice, escaping barbarian invasion and had a healthy population growth, actually becoming a civilised part of society. But, in 1379, Venice came under attack from the Genoan fleet and the people of Poveglia we’re moved leaving the island deserted.

(It’s even said to make the toes of even the most hardened fisherman, curl…)


For good reason, too. Once acting as a dumping ground for victims of the plague, Poveglia was the chosen destination after the Roman’s decided to keep the ill quarantined, far away from the healthy. Sufferers we’re left there to live out their last days, isolated from family and friends, until they dropped dead.
But, it doesn’t stop there. The following epidemic of the bubonic plague once again saw the island used as a mass grave. Bodies were taken over, dumped and burned. In fact, the numbers were so high, even today, the soil composition of the entire island is actually 50% human ash!
There was such an intent to stopping the disease spread that if you so much as sneezed, you would be plucked away from your home and taken straight to bubonic hell.
It doesn’t end there, either. More recently and probably more sinisterly, it was used as a mental asylum.
You can probably imagine, the understanding of mental illness was pretty poor back then, and the care was atrocious. But, as legend has it, the doctor who ran the hospital was exceptionally twisted.

Tales of lobotomies, torturous experiments – such as shunting chisels into patient’s brains, just to see what moved, and mental torture were rife. But, don’t expect Poveglia’s very own Doctor Evil to show any compassion.
The patients, or inmates for a better name, were said to be haunted by the groans and screams of the plague victim’s spirits left behind. But, of course, these people were considered ‘insane’, and were largely ignored.
But, in the spirit of good over evil, the doctor met his fate after he became tortured by the troubled souls left behind from centuries of suffering. Some of which, a result of his own ‘care’.
So tormented, he jumped to his death from the islands iconic bell tower, the remnants of a derelict church. Some say he jumped, others say he was dragged, screaming for mercy, by angry inmates to the top and flung to his death.
Although, some say the fall didn’t actually kill him. Instead he was swallowed by a mist that rose from the ground and slowly suffocated him.
Some even say his body was bricked up in the bell tower and his spirit still haunts the island to this day. 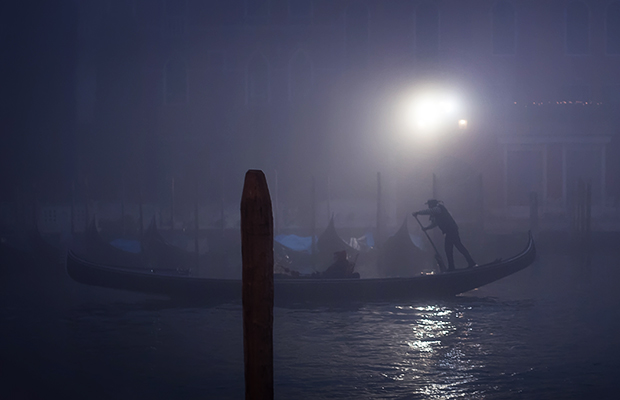 Even to the cynics out there, you have to admit this island has a very creepy past. And, let us tell you, everyone who visits the island, including Psychics, have been left so traumatised they have been unable to return.
Visitors report a heavy, dark and evil atmosphere filling the air around them, and tortured moans can still be heard. There’s even times when the bell from the famed tower will begin ringing… despite there no longer being a bell there.
The island was put up for sale in 2013 and was sold at auction for more than £400,000. Sounds like a deal in comparison to rising house prices in the UK. But, the restoration of the island alone is said to cost around £16.25 MILLION! That’s scary in itself!
Although the businessman who snapped up the island has said he’d like to make it a public attraction, you’ve got to be one brave person to set foot on Poveglia. Would you dare?