Enter the number of adults

How flexible are you?

Please select price by Passenger or Total and your preferred budget

Select how long you wish to go on holiday for

Find your next holiday

Holiday Type
Any Type
Departing From
Any
Duration
Any
Coach Type
Any
Destination
Any
LIST
Price/Budget
Any - £7,000pp
Passengers
2 Adults

Part of the
Worldwide Holidays Range
View the full range

Fly to Delhi and embark on a grand tour of India. This wonderful Golden Triangle tour by air combines Old and New Delhi, Agra and the stunning Pink City of Jaipur, with the world-famous Taj Mahal and Ranthambore National Park, which is renowned for its tigers. Witness astounding architecture, ancient traditions and the richness of Indian culture and colour on this unforgettable holiday of a lifetime.

Upon arrival in Delhi you will be met and transferred to your hotel where you will stay for two nights. The rest of the day is at leisure in Delhi. This evening a welcome dinner will be included at your hotel.

Enjoy an included guided tour of the capital of India, Delhi, with its historic and often turbulent past. The city is sprinkled with monuments and sites of its past and present glories, including a drive past the Red Fort, the Jama Masjid and the pulsating and teeming bazaars of Chandni Chowk, all built by Shah Jahan when he moved his capital from Agra to Delhi.

Offsetting this are more modern symbols of present day Delhi, including Connaught Place, a thriving business hub; India Gate and its surrounding parks; the seat of Government, Parliament House, Rashtrapati Bhavan and the presidential residence.

During the day we include lunch at a Delhi restaurant. 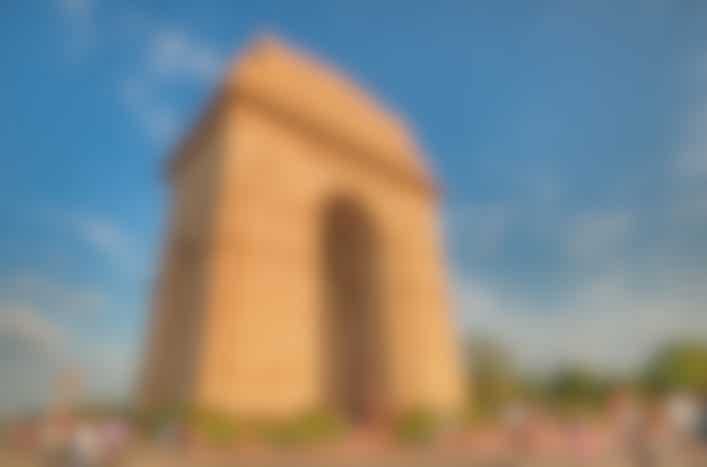 We leave Delhi and drive to the city of Agra for a two-night stay. This evening we include a visit to the Mughal Garden of Mehtab Bagh, which provides breathtaking views of the Taj Mahal from the other side of the Yamuna River.

Join today's included excursion – one of the highlights of our tour – as we visit the extravagant Taj Mahal.

Built between 1631 and 1648 by the Mughal emperor Shah Jahan in memory of his favourite wife, 20,000 men laboured for over 17 years to build this immense mausoleum of white marble and precious stone. Today, the Taj Mahal is widely regarded as a masterpiece of world heritage.

Few forts in the world have a more fascinating story to tell than the great fort of Agra, an outstanding example of Mughal architecture and the seat and the stronghold of the Mughal Empire under successive generations.

Situated on the west bank of the Yamuna with incredible views of the Taj Mahal, the Agra Fort was built by Mughal Emperor Akbar in 1565. This magnificent citadel of red sandstone encompasses within its high ramparts, an enormous complex of courtly building, ranging in style from the early eclecticism of Akbar to the sublime elegance of Shah Jahan.

The other impressive monuments include the Nagina Masjid (Jewel Mosque) built by Shah Jahan for his harem, and the Moti Masjid (Pearl Mosque) and the octagonal tower of Musamman Burj, where Shahjahan was imprisoned by his son Aurangzeb and spent the last years of his life.

In this once-impregnable fortress, discover the many hidden rooms and immerse yourself in the grand legacy of the Mughals in India.

This evening you have the opportunity to join us for a sunset visit to the Taj Mahal. 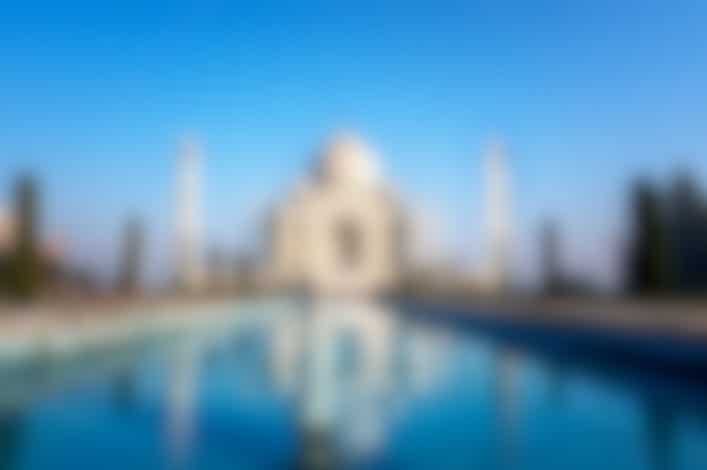 Our optional excursions are a great addition to enhance your holiday experience and are highly recommended.
Prices are per person and are subject to change. Payment will be in local currency (cash payments).
* This excursion is extremely popular and must be pre-booked before your departure – please call to request your place.

We leave Agra this morning and head towards Jaipur where we will stay for two nights.

En route we visit the ghost city of Fatehpur Sikri. Built during the second half on the 16th century by the Emperor Akbar, Fatehpur Sikri (the City of Victory) was the capital of the Mughal Empire for only 10 years. Amongst its complex monuments and temples are the Buland Darwaza gate and one of the largest mosques in India, the Jama Masjid. 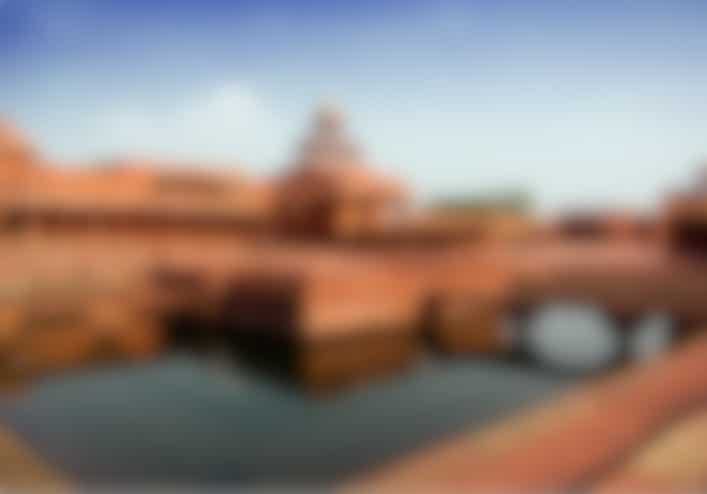 We spend the day in the great city of Jaipur. Founded in 1727 by Sawai Jai Singh, the Pink City of Jaipur is the capital of the rugged landscape of Rajasthan.

We start the day with an included visit to the magnificent Amber Fort and Palace. Located on the outskirts of the city, this was the original residence of the royal family of Jaipur, and is a fascinating amalgam of both Mughal and Hindu architectural styles.

We return to the city to continue our sightseeing tour, where we will see the City Palace Complex (the home of today’s ruling Maharaja), before having the opportunity to taste some local sweets in Jaipur’s vibrant bazaar. 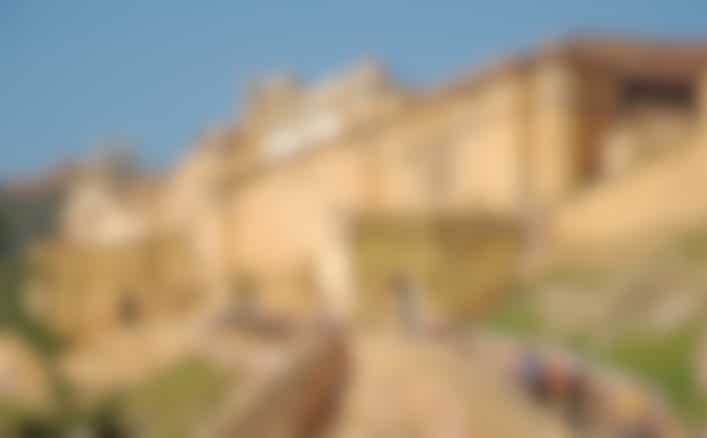 We head to Ranthambore for a two-night stay. Nestling at the foot of the Aravalli Hills, the forests around Ranthambore were once the private hunting grounds of the Maharajas of Jaipur.

Today the Ranthambore National Park is one of India's finest wildlife locations and an outstanding example of the implementation of Project Tiger, the most famous wildlife conservation project in India. The project was initiated to protect the diminishing population of Indian tigers, and now, the country is home to 70% of the world's tiger population. 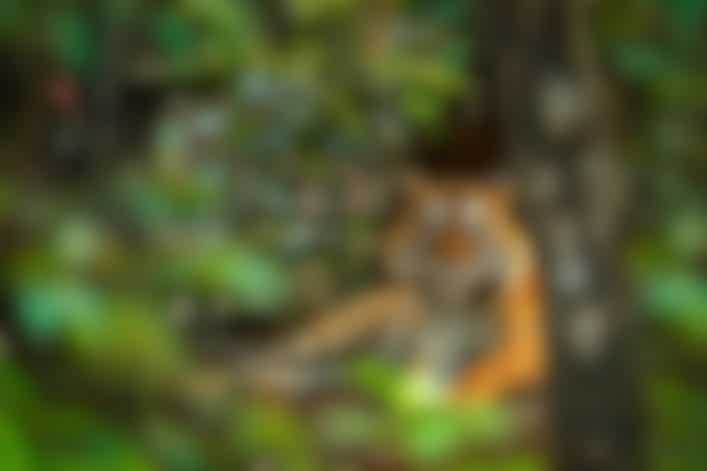 Morning transfer to the railway station at Sawai Madhopur where we board the Janshatabdi train to Delhi, arriving early afternoon. We continue to our hotel for an overnight stay.

Transfer to the airport for your return flight home.

Visa is required prior to travelling. Please call for details.

Important: The Indian government has announced a ban on e-cigarettes and related products. You will be unable to buy e-cigarettes in India or take them into the country.

You will stay for two nights at each of the following hotels, or similar:

You will also stay for two nights at the start of your tour and overnight on the last night at the Radisson Blu Paschim Vihar or similar in Delhi.

All hotels are of 4-star Superior Indian standard.

Please Note: Due to demand, we may use other hotels of a similar standard. Your exact hotel details will be provided with your travel documents.
More Photos

The Radisson Blu Paschim Vihar is an upscale, neo-Gothic-style hotel conveniently located on the Outer Ring Road in West Delhi. You’ll be close to Delhi metro stations and the bustling city centre, you can visit the popular shops at Metro Walk and Rajouri Garden.

Clarks Shiraz, Agra is a luxury hotel which opened in 1961, it is located close to the UNESCO World Heritage Site, the Taj Mahal and Agra Fort.

This depends on which airline the flight is booked with. Please call our Customer Service Department on 0844 324 9265 for more details.

Return flights are from Heathrow to Delhi.

All prices and airports are subject to availability. Flight supplements may apply. Please call for more details. This holiday is operated by Leger Air Holidays Ltd. ATOL 3880.

All prices and airports are subject to availability – routes can be reintroduced, cancelled or amended by the airline at any time.