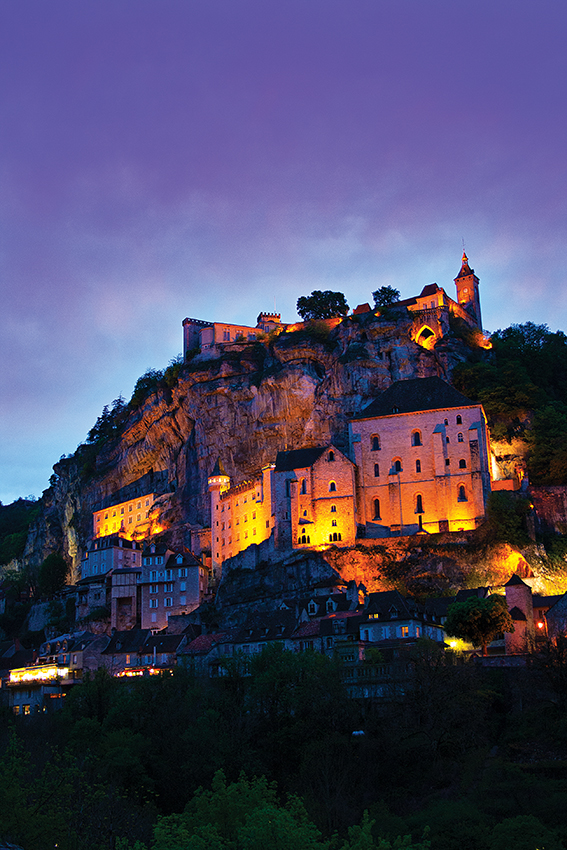 I’d heard of Rocamadour before and seen many photos. I knew it as the French village that sits on the top of a steep cliff above the River Alzou, but I had no idea what the place would be like until I visited it as part of Leger’s Highlights of Provence and the Dordogne tour.

It was about 10 o’clock when we finished dinner on our first night there and the village was really quiet. From what I could see, there was just one main street through Rocamadour, so I decided to go for a little stroll.
The cobbled walkway looked so lovely, lit up with soft yellow lighting from the hotels and buildings lining the street, so I decided to take a few photographs. There were very few people around but I felt quite safe walking along on my own.

Dancing in the street

As I set up my tripod, a small group of people appeared, walking towards me from the other side of the archway I was about to photograph. The guy in the threesome was dancing about and leaping into my shot, and as they got closer they asked what I was doing.
Before they got too carried away in their super-fast French chatter, I reached into the depths of my memory for my school-days French and asked “Parlez-vous Anglais?” Luckily for me, they continued in English, asking what I was doing: Why was I in Rocamadour? Why was I taking photos? Where was I going? When I explained that I was with a coach tour, the guy explained that he needed to get to Paris tomorrow and asked me if there was any room on our coach! I explained how, unfortunately, we wouldn’t be able to give him a lift, before wishing them bonne nuit and bon voyage!
Before long, another couple appeared from the shadows of the archway. Again, the guy started dancing in front of the camera (what was it with guys and cameras?) and asked me what I was doing.
I had a chat with the couple – an English guy and his French girlfriend who were here visiting her family – before deciding to put my camera away for the night and headed back to my hotel at the end of the street. Who would’ve thought that there would be so many friendly people about at that time of night in the quiet streets of Rocamadour?

In the daylight I got to see the true charm of Rocamadour. I thought it had looked wonderful at night time, but in the day, the village really came to life. It was late April when I visited, so no doubt not as busy as it would be in the height of the summer, but the place had a lovely buzz about it. Gone were the pastel-coloured buildings with brightly-painted shutters that had been a familiar sight in other places on my trip, now replaced by rustic, biscuit-toned stone shops, restaurants, houses and hotels along the cobbled street.


As I walked down the pedestrianised main street, the smell of garlic floated through the air and I could hear the bells of the little train which runs up and down the street, carrying visitors through the lovely place. The lane was lined with wonderful, little shops selling handmade jewellery, arts and crafts, soaps, pastries, chocolate, foie gras (quite popular in this area) and wine, with two or three stone archways – the main gateways being the Porte du Figuier (right next to our hotel) and the Porte Salmon. 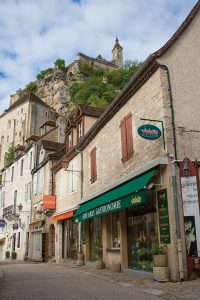 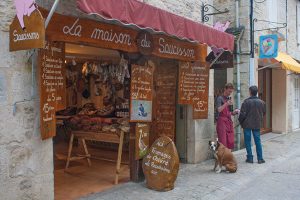 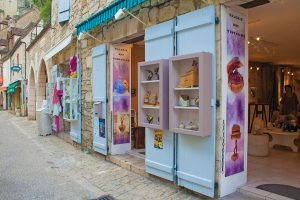 Further down the street, stone pots displaying colourful flowers lined the walkway and there was a sweet smell, which I later discovered was the small, white flower, Stephanotis, which I’d seen in planters outside a couple of the restaurants. The shop owners and locals were very friendly and welcoming. In one shop, the owner asked me to speak to her in English for a while so that she could practice her language skills! 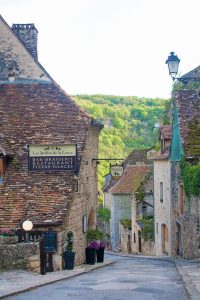 A place of history

During my trip, I learnt that the Rocamadour is known for its historical monuments and the village attracts pilgrims from many countries each year. There are many stories surrounding the origin of the name of the village and a lot of history about the chapels, abbeys and churches there. I could see a large, stone tower high above the main street, and so decided to walk up the stone steps (apparently, climbed by pilgrims on their knees even today) for a closer look. It was quite a climb but there were some excellent views along the way. Along Rocamadour’s main street I’d passed a sign for the ‘Ascenseur de Rocamadour’, the lift which would’ve taken me to the top, but I thought I’d get better views by walking. I was right.


Once through the buildings and courtyards of the chÃ¢teau and the chapels, I entered a shady path, zig-zagging its way through the trees, known as the ‘Stations of the Cross’. The path was quite steep up to the chÃ¢teau at the top, and at each turn there was a frieze depicting a Station of the Cross.

The best view in the village

At the top of the hill I entered the chÃ¢teau (you need two 1 Euro coins to get through the turnstile) and walked up the stone steps for some magnificent views over the village. The battlements of the chÃ¢teau were really narrow and jutted out over a drop of a few hundred feet – not too good if you don’t like heights! Despite my legs feeling like jelly, it was from there that I got a real sense of the size and layout of the village. I could see our hotel and the coach park amongst the two rows of terracotta rooftops and excellent views over the Alzou Valley and of the churches and village below. The climb had definitely been worth it.

The sun was shining in Rocamadour on the morning our party left, lighting up the hillside and the creamy stone of the churches. I popped into the hotel’s restaurant to grab a croissant and jus d’orange before heading back into the street which was very quiet for 9 o’clock on a Saturday morning. Three or four small cats stretched out on the street enjoying the morning sunshine as I exchanged a few cheery bonjours with the handful of shop owners opening their shutters. 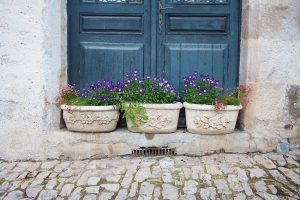 Whether it’s for its religious connections, historical significance, charming architecture or just the impressive views, it’s not hard to see why Rocamadour is France’s second most visited site after the impressive Mont St. Michel in Normandy. For me, it was just a lovely place to visit, a great little rustic French village where you can pass a few leisurely hours amongst some fantastic scenery and friendly locals.


But now it was time for me to head out on the winding streets above the lovely village of Rocamadour once more, for the next leg of my Highlights of Provence and the Dordogne tour.
Have you been to Rocamadour? Share your stories with us in the comments below.