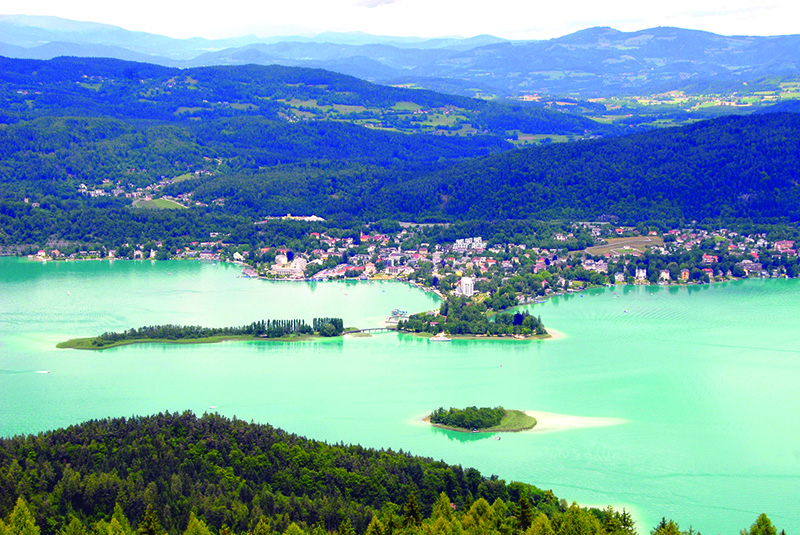 Snow-capped mountain peaks, luscious green hillsides and crystal blue lakes are just some of the images conjured up by the thought of Austria, however, it’s not just the natural beauty that visitors seek out. There is also a rich culture, a fascinating history and spectacular architecture to discover throughout this impressive landlocked country.

In our 2015 Brochure, we have introduced a brand new tour, Grand Scenic Austria. This Grand Explorer tour takes you through some of the country’s most spectacular delights. Here’s a few of our favorite things that you can expect to see and do whilst taking this magnificent tour. 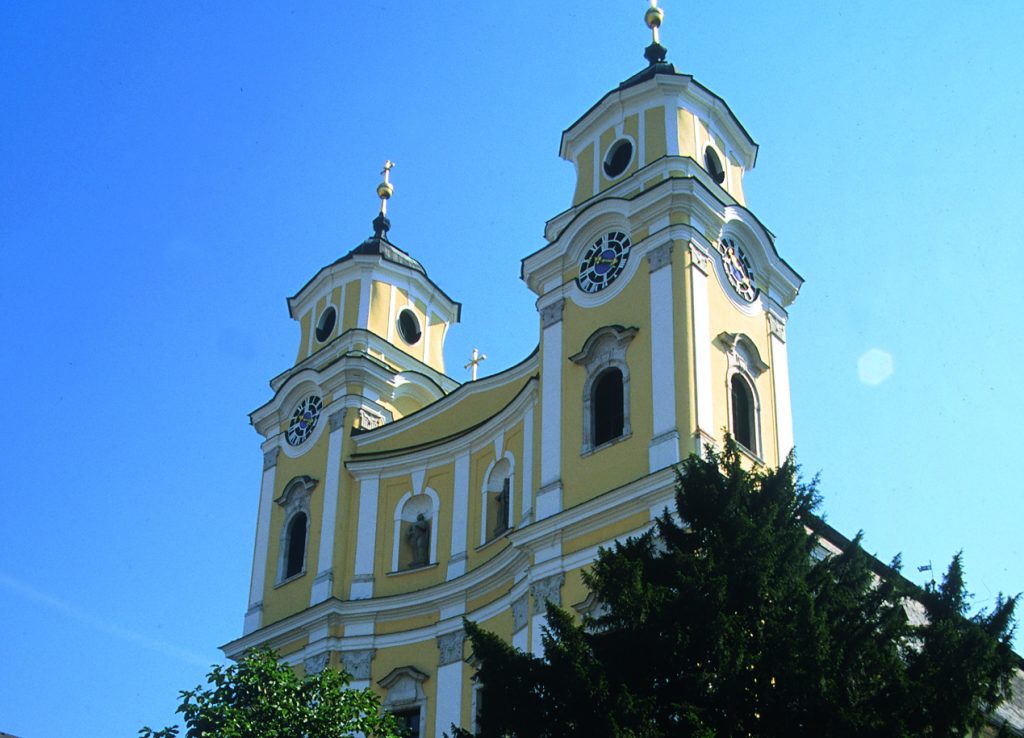 The Austrian Lake District, the first port of call. There’s a total of 76 lakes surrounded by picturesque villages. Our tour takes you to delightful Mondsee. Translated to Moon Lake in English, the crescent shaped lake is one of Austria’s famous bathing lakes. Its water temperature reaches up to 28â°C and is a popular attraction to locals and tourists alike. Possibly the most renowned attraction in Mondsee is the Basilica St. Michael, situated in the middle of the town centre, the church was famously used for the wedding scene in ‘The Sound of Music’. For that reason more than 200.000 people are visiting the church every year and give it the honour of being one of the most photographed churches all over the world.

Krems an der Donau is the eastern gateway to the Wachau valley, thought to be the most picturesque stretch of the River Danube. One of the oldest cities in Austria, builders and archaeologists throughout the country have created a unique cityscape that has earned the city a spot on the UNESCO World Heritage list. If you’re a wine lover, you will be happy to know that Krems is said to have the best selection ofAustrian wine, whether this comes from its 1000 year wine making history or the perfect conditions the vineyards are set in is up for debate, however the wine taverns will certainly not disappoint. 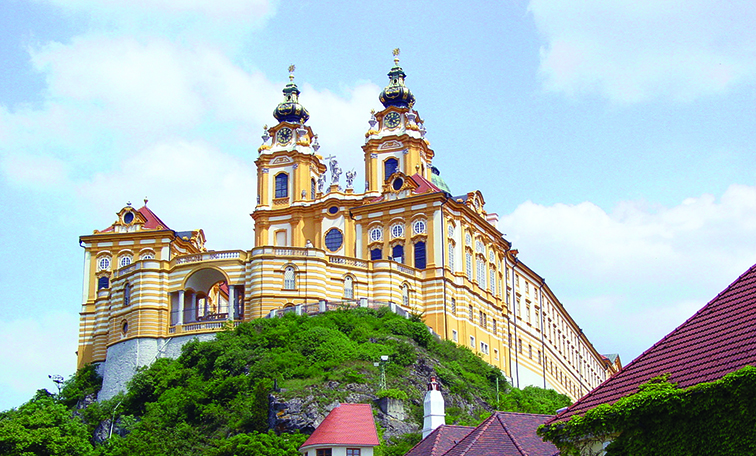 Heading down into Melk you will make a stop off to tour the Melk Abbey,Â a fortified castle that is home to the Babenberg’s, Austria’s first ruling dynasty. Located on the bank of the Danube, the Abbey was originally a palace and it most certainly shows. A sight to behold with its baroque architecture, the abbey’s church is the highlight with its numerous windows and rich embellishment of marble and frescoes.Â The abbey contains the tomb of Saint Coloman of Stockerau, an Irish Pilgrim mistaken as a spy due to his strange appearance and was subsequently tortured and hanged. 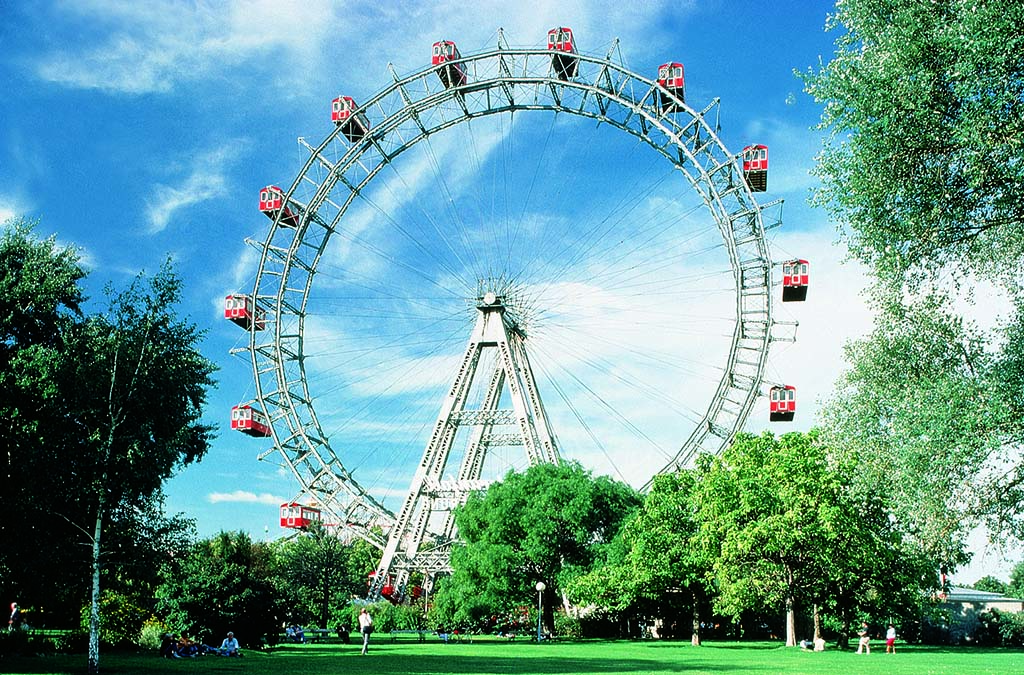 The capital city and also the largest city in Austria, Vienna is home to quarter of Austria’s population. Birthplace of the waltz and hosts up to 200 balls every year, the most popular location for a ball to be held is the Hofburg Imperial Palace. The world’s largest emerald is displayed in the Imperial Treasury of the palace boasting 2860 carats. If you like to do your sightseeing from a height, head to the Prater, Vienna’s most popular fun fair. Hop on the giant Ferris wheel, featured in the James Bond film, The Living Daylight, and see it all from 200 feet up. Although born in Germany,Â Ludwig van Beethoven lived most of his adult life in Vienna. He battled deafness starting at the age of 26 and he composed some of his best-known works, including Symphony Â No. 9 while profoundly deaf. If you are a fan of Beethoven, you can visit theÂ Theater an der Wien where there is a Beethoven memorial room open to the public. This is where most of his compositions were premiered.

Austria’s southernmost province, Carinthia boasts the most sunshine hours per year. The tour stops here for two nights so there is plenty of time to discover the beautiful scenery it has to offer. You can also see Augenquelle St. Kathrein. Known as an ‘Eye Spring’, it is thought to have beneficial healing effects. From stabilising blood circulation to aiding recovery after surgery, people have even been known to splash the 36â°C mineral water into their eyes in order to ensure good eyesight into old age.

Salzburg, where the hills are alive with ‘The Sound of Music’. The home of the von Trapp family and Mozart, from museums to palaces there’s plenty of culture to soak up in this picturesque town. Salzburg used to be an independent country, but was annexed to the Austrian Empire in 1816. Whilst in Salzburg, the Residenzplatz is well worth a visit. With its horse drawn carriages and street entertainers surrounding the most beautiful fountain in the city, it’s most definitely worth a closer look.Â The Sound of Music PavillonÂ can be found at Hellbrunn Palace today, in the movie it was still located at Leopoldskron Palace. This is where one of the most famous and romantic scenes was filmed:Â  ‘I am 16 going on 17’ 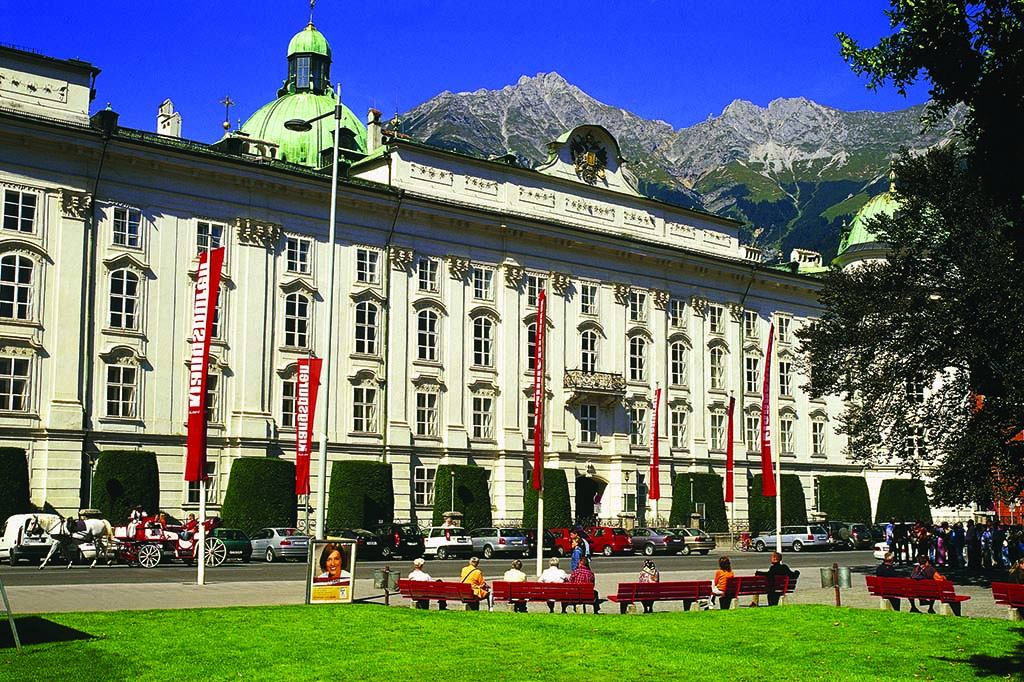 The capital of the Tyrol and hailed as the capital of the Alps, Innsbruck’s pride and joy stands tall in the old town. The German Renaissance gothic court church was commissioned in 1553 by Ferdinand I, who enlisted the help of top artists such as Peter Vischer the Elder and Alexander Colin to complete the building as a memorial to Emperor Maximillian I. Alpine skiing is a very popular sport in Austria, as are snowboarding and ski-jumping. The city of Innsbruck hosted the Winter Olympics in both 1964 and 1976.Â While in Innsbruck you could also pay a visit to Swarovski Crystal Worlds in Wattens, a sparkling, underground world where crystal comes to life. Take a look around the museum or treat yourself, it’s the prefect excuse. 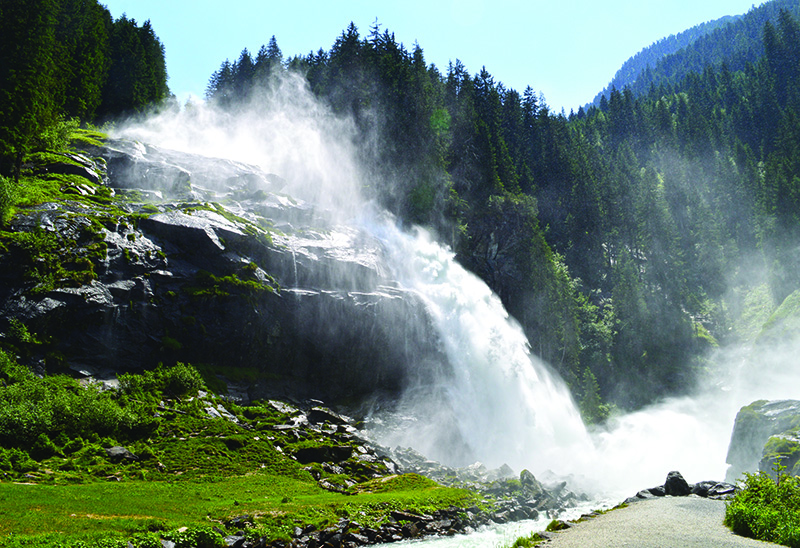 One not to miss! With a total height of 380 metres, the Krimml waterfalls are the highest in Europe and we offer you an optional excursion to visit this natural wonder. The waterfall begins at the end of the Krimml River flowing through three stages of the beautiful Hohe Tauern National Park. To make the waterfall more accessible to visitors, Ignaz von KÃ¼rsinger created a path to the upper part and is well worth a visit.

To see this tour in more detail and to see where else we can take you in Austria, visit the Austria Tours section of our website.

One Reply to “Introducing our New Tour: Grand Scenic Austria”