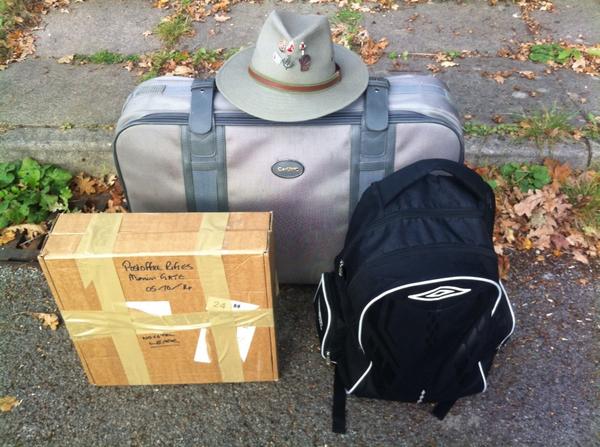 Paul PrendergastÂ is a valued customer of ours who recently embarked on a personally significant Battlefields tour toÂ Flanders Fields – Britain’s Bastion on the Western FrontÂ with Leger. Commemorating this significant year, he set out with the intent of remembering heroes close to his heart. Read more about his emotional experience in his own words in this special two part blog.

The journey started with my coach pick up at Pease Pottage in West Sussex, the driver asked me how long I was going away for I told him just the weekend, he joked that I had enough bags to last 2 weeks. (I will explain about this I had a suitcase and 2 bags plus a cardboard box which will come into play later)


We headed down to Dover to pick the ferry up and then headed over to France to begin our journey to Ypres. We arrived in Ypres about 7.30 pm too late to attend the Last Post ceremony at the Menin Gate so I decided to unpack and go to the Market Sq. for something to eat.
There are lots of places to choose from and all of the places are affordable and family friendly. The first day of the tour began with myself taking a moment to walk down the road to the Menin Gate whilst it was nice and quiet at around 7.00 am. It brings home to you when there is no one about that the names of 54,000 heroes are inscribed on the gate, this is all the families have to show as their bodies were never found during the conflict.
The group met at 9.00am and went on to the Flanders Fields Museum it was a fantastic place to visit, you are given a wristband and you can interact with certain items in the museum. It has some great displays also that opened my eyes to how these men survived the War. We then visited St Georges Church, this is another must visit place I have never been there but it was fantastic, all the Kneelers in the church are covered with the regiments that fought at Arras and Ypres during the War.
I took some pictures of them Post Office Rifles RAMC and Queens Royal West Surrey regiments, I will explain about these in the second part of my blog and why they are the reason for my trip.
I also then visited St Martins Cathedral which is a vast and beautiful place I walked in there and I had the place to myself and took a moment to reflect, I thought about what these people went through during the conflict and can only imagine, on the way out I lighted a candle for all of the fallen during the war.

We then went down to the Menin Gate and where our guide Peter Williams explained about the gate when and why it was built, I listened with intent due to the fact that I would like to become a Battlefield Guide and was taking lots of notes, also Peter lives in Ypres so his local knowledge was also quite useful.
We then went to Lunch at Hodge Creater Museum which for me is the best Museum to visit and I never get bored of looking round at the fantastic collection that is there. I also visited which in my view is one of the best Cemeteries to visit and I never forget to look round at has many Headstones as possible because people forget that every solider at rest there and their headstone tell a personâ€™s history and storey so I take the time to visit and read all I can.
Our last visit on Day 1 was to Essex Farm cemetery, this is another place that I have never visited and was amazed as to what was there. The cemetery has buried in it a VC winner Pte T Barratt of the Staffordshire regiment he was 22 when he died on the 27-07-1917. Among the buried there is another person, V. Strudwick of the Rifle Brigade died on the 15-01-1916, aged 15, a boy who wanted to fight for his country.
The buildings that were used by the RAMC are still intact it was used as a Casualty clearing station it was quite a emotional place because knowing that thousands of people had passed and treated and died here so that put a few things in perspective.
The place is also well known for the poem IN FLANDERS FIELDS.

In Flanders fields the poppies blow

Between the crosses row on row
That mark our place and in the sky
The larks still bravely singing, fly
Scare heard amid the guns below.
We are the dead, short days ago
We lived, felt dawn, saw sunset glow
Loved, and were loved, and now we lie In Flanders fields.
Take our quarrel with the foe
To you from failing hands we throw
The torch, be yours to hold it high
If ye break faith with us who die
We shall not sleep, through poppies grow IN Flanders fields to you

Tomorrow, we will post the second part of Paul’s blog, in it he will give his account of the special occasion in which he placed wreaths at the Last Post Ceremony taking place at the Menin Gate on the 5th October, 2014.

10 Replies to “A Personal Account of Visiting Battlefields in the Centenary Year: Part One”