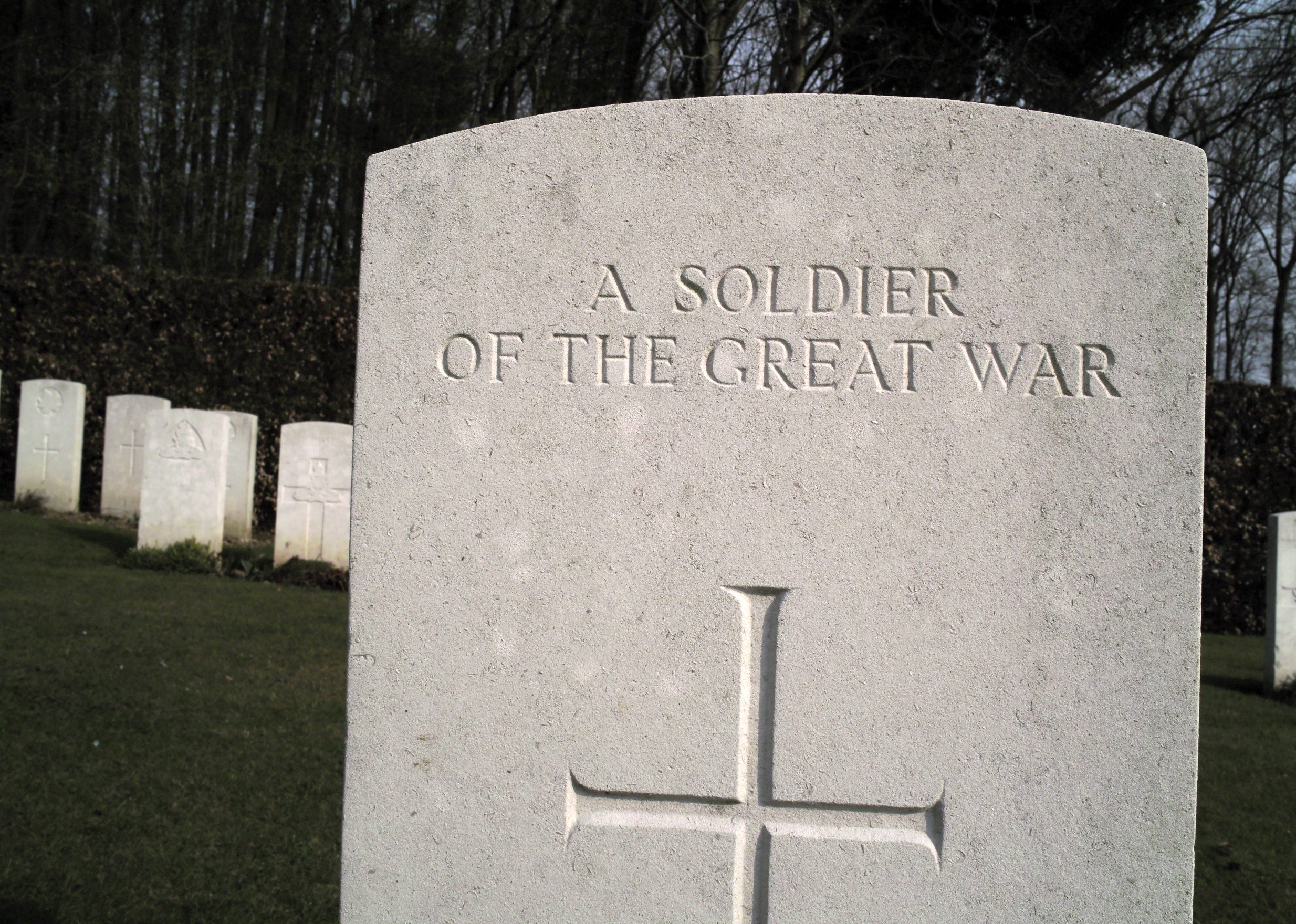 Exploring war from the perspectives of opposing sides can be an engrossing and enlightening experience. Giving you the opportunity to do just that is a new battlefield tour â€“ Fritz and Tommy. Paul Dimery decided to take a lookâ€¦

When it comes to learning military history in school, there is often a problem of impartiality â€“ or, rather, a lack of it. Here in Britain, itâ€™s rare to study war accounts from anything other than our own sideâ€™s perspective (whether this is down to ignorance on the part of the teaching staff or a lack of knowledge is open to debate). And some US schools have gone one step further, bending the truth entirely â€“ I remember meeting a student from Kansas City who was adamant that the Second World War began with the bombing of Pearl Harbor in 1941!

The downside to this bias, of course, is that we miss the opportunity to garner a well-rounded appraisal of certain conflicts: the tactical approaches of Britainâ€™s foes; the cultural impact war had on those countries; not to mention the personalities of the soldiers fighting for the other side, who are often demonised as cold, emotionless killers, when many â€“ like our own men and women â€“ were thrust into the field of combat against their will and better judgement.
The battlefield visit we are looking at this month goes some way to correcting the balance. Called Fritz and Tommy (the nicknames German and British soldiers gave to each other during the First and Second World Wars), this brand-new tour is at once poignant and fascinating. It takes in three key First World War sites on the Western Front â€“ Flanders, northern France and the Somme â€“ and explores how the conflict evolved on both sides of no manâ€™s land. In this, the centenary of the start of the war, thereâ€™s no better time to expand your knowledge while paying tribute to those who lost their lives in a conflict that seemed to never end.
Departing Britain by coach, the five-day tour begins in Flanders in northern Belgium. This area saw some of the greatest loss of life during the First World War, and the â€œFlandernâ€ operations are still a byword for sacrifice in Germany today. The excursion explores how the nation commemorated its dead here, with visits to the German cemeteries at Vladslo and Langemarck. There will be time to appreciate the moving â€œGrieving Parentsâ€ statues by German sculptor KÃ¤the Kollwitz, and also learn about the â€œLangemarck mythâ€. This was a story published in German newspapers to raise morale in the country, at a time when many citizens were opposed to the war effort. According to their reports â€“ which were later â€œcorroboratedâ€ by Adolf Hitler in his 1925
book Mein Kampf â€“ â€œyoung regiments broke forward with the song Deutschland Uber Alles against the frontline of enemy positions, and took them. Approximately 2,000 men of the French infantry line were captured, along with six machine guns.â€ This has since been widely dismissed, however. For a start, Deutschland Uber Alles did not become the recognised German national anthem until 1922. And besides, itâ€™s unlikely that soldiers charging through a battlefield with fixed bayonets would have been in any position to break into song.
From here, the tour continues along the Menin Road, examining the pivotal skirmishes around Gheluvelt, where future fÃ¼hrer Adolf Hitler fought in 1914 and may have been taken prisoner by a British Victoria Cross hero! After lunch at Hooge, it takes in German bunkers on the Ypres battlefield, their trench system at Bayernwald and their mining operations on the Messines Ridge. Then the focus returns to Hitler with a visit to the crypt where he sheltered and the farm he visited after his armies had conquered Europe in 1914. The day ends with an in-depth look at the story of the infamous Christmas truce, exploring some of the myths from both sides, as well as a visit to the grave of a German officer buried in a British cemetery. His story is a fascinating one, and ties together much of Germanyâ€™s history from the 20th Century.
Day two sees the tour veer into northern France. Youâ€™ll get to see the ground near Wervicq-Sud where Adolf Hitler was gassed in October 1918, before exploring the Fromelles battlefield from both sides â€“ the German defences as well as the Australian quarters. Following lunch in Bethune, thereâ€™s time to pay respects at the grave of First World War British fighter pilot Albert Ball VC, who crashed behind German lines and was buried by his foe with full military honours, with many senior German officers in attendance. The day ends with a recollection of the fighting that took place near Arras and Vimy Ridge, as well as a visit to the vast German cemetery at La Targette.

The final full day takes in the Somme, where some of the bloodiest battles of the war took place (during the initial Battle of the Somme â€“ fought between July and November 1916 â€“ itâ€™s estimated that more than a million men were wounded or killed). The tour starts at Copse 125, a wood where German soldier-writer Ernst JÃ¼nger (see right) fought in 1918 opposite a force of New Zealanders. These included â€œthe King of No Manâ€™s Landâ€, Dick Travis â€“ so named because he was said to know the neutral territory (â€œevery sap and shell-holeâ€) better than he knew his own trenches. On Hawthorn Ridge, the tour looks at how WÃ¼rttemberg troops repulsed the British attack from this position in the early stages of the Battle of the Somme. Following lunch at Thiepval and a look at the German 180th Regiment that resided there in 1916, itâ€™s on to PoziÃ©res to visit the German â€œGibraltarâ€ bunker, captured by the Australians that same year. At Courcelette, the tour looks at the use of British tanks against the Germans, and thereâ€™s a visit to a forgotten German headstone. Then itâ€™s a drive to Guillemont, where the focus returns to Ernest JÃ¼nger, contrasting his experience of the fighting there in 1916 with British soldier-writer Francis Hitchcock (who immortalised his recollections of the war in Stand To â€“ A Diary of the Trenches 1915-1918. The day â€“ and the tour â€“ finishes with a visit to the Museum of the Great War in Peronne, paying particular attention to the German side of its collection.
The Fritz and Tommy tour can be an intense, emotional experience. Itâ€™s one thing reading about the devastation that occurred in places like Flanders and the Somme; itâ€™s another to actually stand where those brave men fell, with the sound of bullets and the screams of their comrades ringing in their ears. Whatever the weather, itâ€™s an all-encompassing experience â€“ in the heat, one can imagine what it must have been like to lay wounded in a shell-hole in the baking sun, not knowing which would come first: help or death. In a downpour, you can almost hear the sound of raindrops pinging off the soldiersâ€™ steel helmets. Then thereâ€™s the story of the Hawthorn Ridge mine â€“ 40,000lb- worth of explosives detonated by the Royal Engineers on 1 July 1916, the first day of the Battle of the Somme. You may have seen the film footage, but what that doesnâ€™t reveal is the Germansâ€™ experience of the explosion: how those who survived reacted, and the physical and psychological impact they suffered. This is something the tour explores in detail using eye-witness accounts and contemporary findings.
Helping out with this is German historian Rob Schafer, whose expertise â€“ not to mention his collection of rare First World War photographs and other objectsÂ â€“ is combined with that of Head Battlefield Guide Paul Reed to present a colourful and balanced depiction of what happened during those few fateful years.
Says Reed, â€œIf you want to use the centenary period to discover new angles to the Great War, the Fritz and Tommy tour is for you. It presents the conflict from both angles, giving us the chance to bring in lesser-known battlefield locations
and examine existing ones in a fresh light.â€
Visit History of War atÂ https://www.historyofwar.co.uk/Â or check out their facebook pageÂ https://www.facebook.com/HistoryofWarMag
All content Copyright Anthem Publishing Ltd 2014, all rights reserved