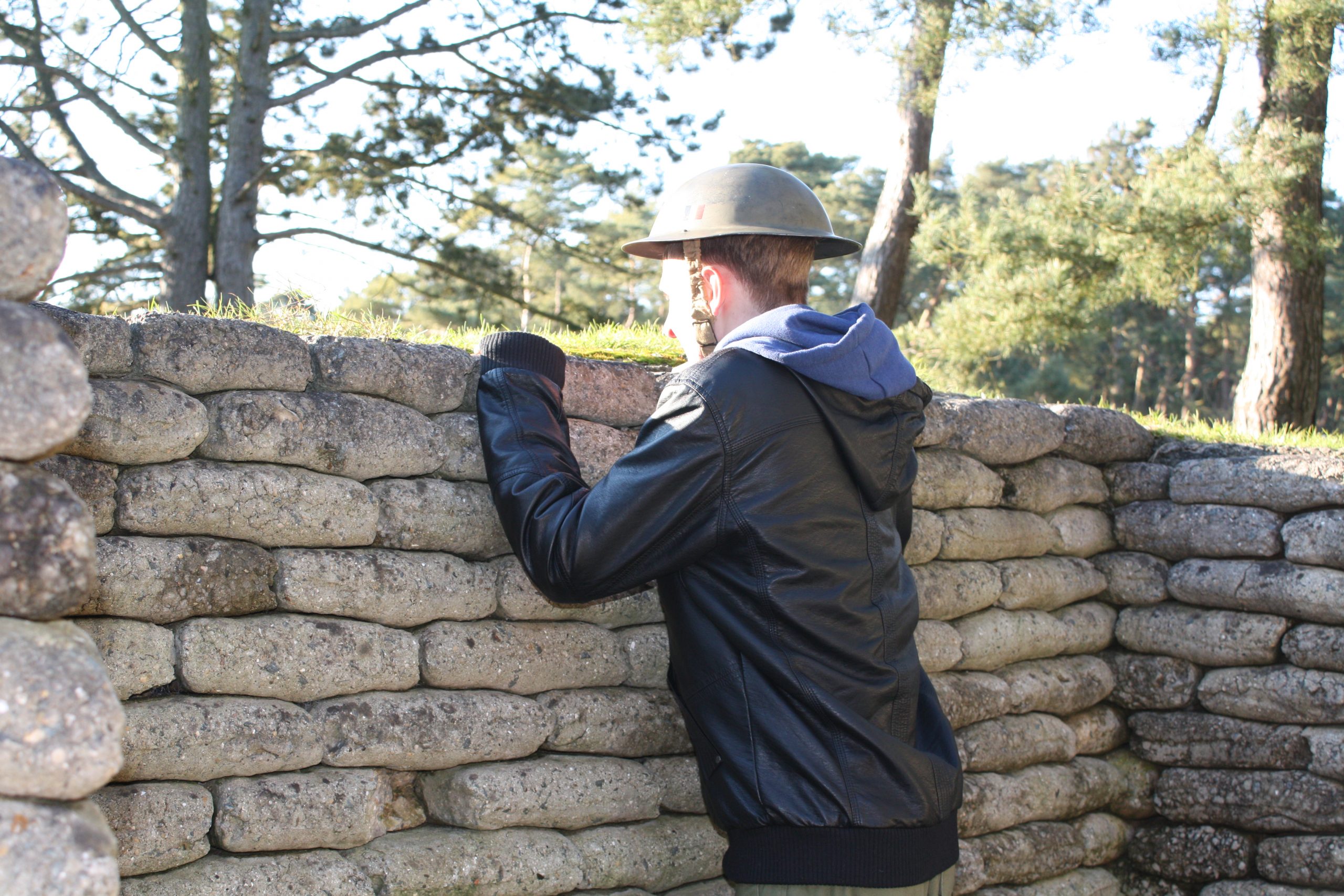 All Quiet On The Western Front tour

In our magazine we’re always explaining to our readers that few experiences are as moving as visiting the fields on which family members fought and finding the grave or monument where they’re commemorated if they fell. To see the value of such an expedition for myself, I took a trip of the Western Front with Leger Holidays. ‘All Quiet On The Western Front’ is a five-day introductory tour that includes meticulous visits of the Ypres Salient, Arras region and the Somme. It’s not only a must for any military history enthusiast, but also if you discover a family member who fought in these terrible battles of World War I.

Although there’s nothing stopping you visiting these places on your own, having an experienced tour guide with you makes the trip far more interesting, to add information on sites, facts and answer any questions that arise. Our expert Marc Hope gives colour to the history of the war, using maps, pointing out key positions and encouraging the attendees to take time to explore the cemeteries and monuments around every corner including going to “say hi to the Pals Battalions” who lay next to each other in Serre Road Cemetery no 2 on the Somme.


It’s this insight that makes a guide such an advantage. It’s easy enough to find the biggest British and Commonwealth cemetery at Tyne Cot or attend the incredibly poignant Last Post held every night at the Menin Gate, however, there are few printed tourist guides that show you the farmhouse on Ypres from where Adolf Hitler ran messages to his officers, or the cafÃ© where Winston Churchill ate his breakfast while stationed on the Front – amazingly this was only a few miles away from his future adversary.
Although the tour is on a strict plan, detours can be made to accommodate personal visits to see the grave or name of a relative who was killed, giving an even more personal experience to your tour. During the trip to Arras one of the tourists took a moment to visit the grave of his great-uncle who was killed on the first day of the battle in 1917.

As well as the usual souvenirs, trips to battlefields can present a whole host of mementos. Any fan of programmes like Time Team will be aware of the priceless artefacts that can be uncovered in places such as battlefields and historic sites, in particular the Western Front with its high concentration of men taking part and unfathomable amounts of munitions used, many of which never exploded. Nearly a century later farmers on the Western Front are still digging up fragments of shells, clothes and, sadly, bodies. So it isn’t surprising when looking at the tower of the Ulster Division on the Somme that a farmer digs up two shells from WWI, undisturbed since they were fired in 1916, complete with heavy shrapnel balls that are shared out among our tour party.

The trip is both fascinating and incredibly moving, both for those who knew only patches of the history of the war or in my case, having read about it for 20 years. No matter how much you soak up from a book or watch in documentaries or dramatisations, the sheer scale of the loss and devastation wrought in this particular conflict is hard to fathom.

With preparations underway to commemorate the centenary of the war in 2014, with tours of the battlefields being booked up fast and events being planned across the country, there’s never been a better time to visit this scarred but fascinating corner of Europe, and discover the stories behind each name inscribed upon a wall or on a grave, for more information please visit the Battlefield Tours page