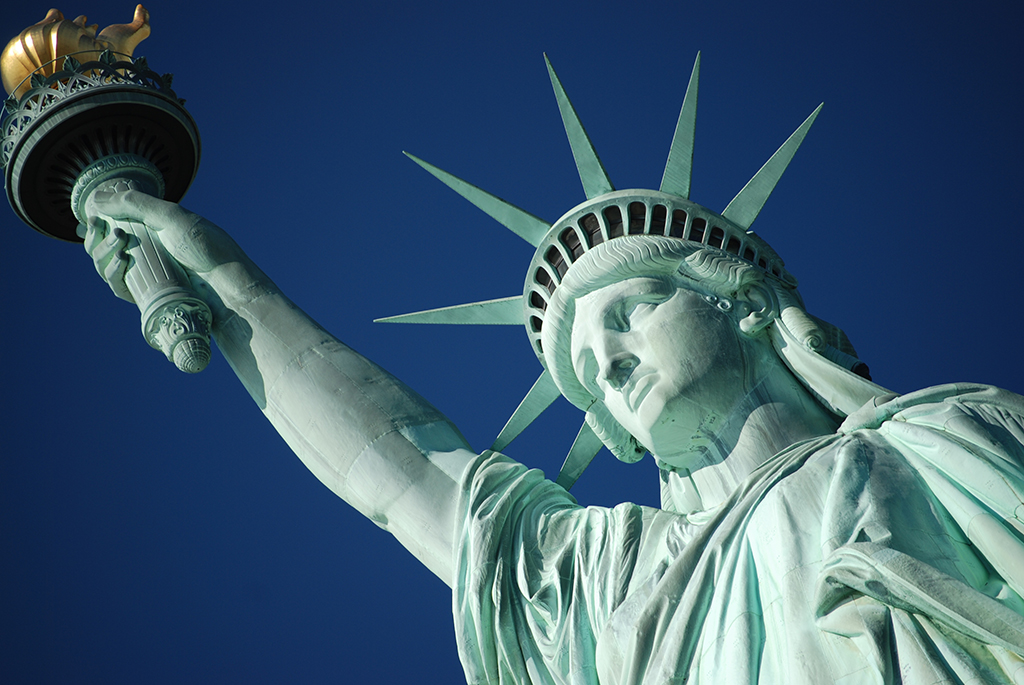 In a week where our friends across the pond have been celebrating their Independence Day, we’ve been busy thinking about all the fantastic things the United States of America have on offer.

We probably don’t even need to talk about how amazing New York is and how everyone should visit the Grand Canyon at least once, you more than likely already know because America itself is just as famous as the celebrities it produces.
And in true American style, this one’s not just about the stars and stripes, it’s also about the stars themselves! And if you’re a music fan, a film buff, or like to dabble in the celebrity gossip scene, here are our top places to visit if you’re looking for the star-studded experience whilst travelling in the states. 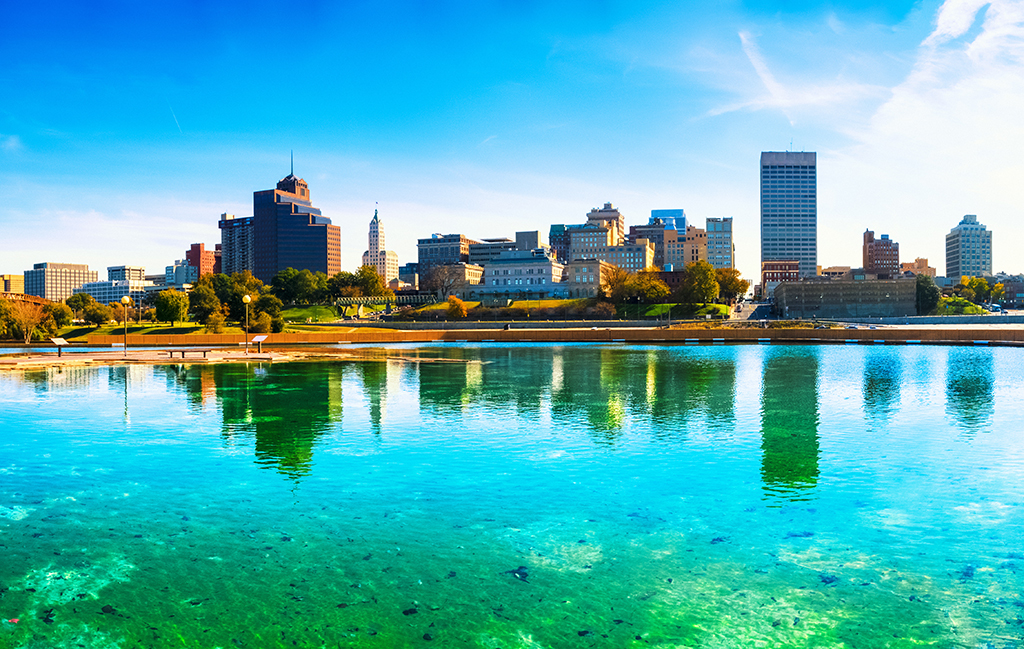 Memphis is not just a fantastic place to visit, it’s also the home of rock and roll royalty. From Johnny Cash and George Coleman to a rock band called Saliva (yes, really), it’s certainly got some musical merit.
But one of the big attractions is the home of possibly the most famous musician of all time. Yes, the King himself, Mr. Elvis Presley!
Elvis purchased the sprawling property, better known as Graceland, 60 years ago and luckily for us, it is now open to the public. Spreading over 17,500 square feet, it has even been voted the World’s Best Musical Attraction in USA Today 10Best Readers’ Choice awards in 2015. 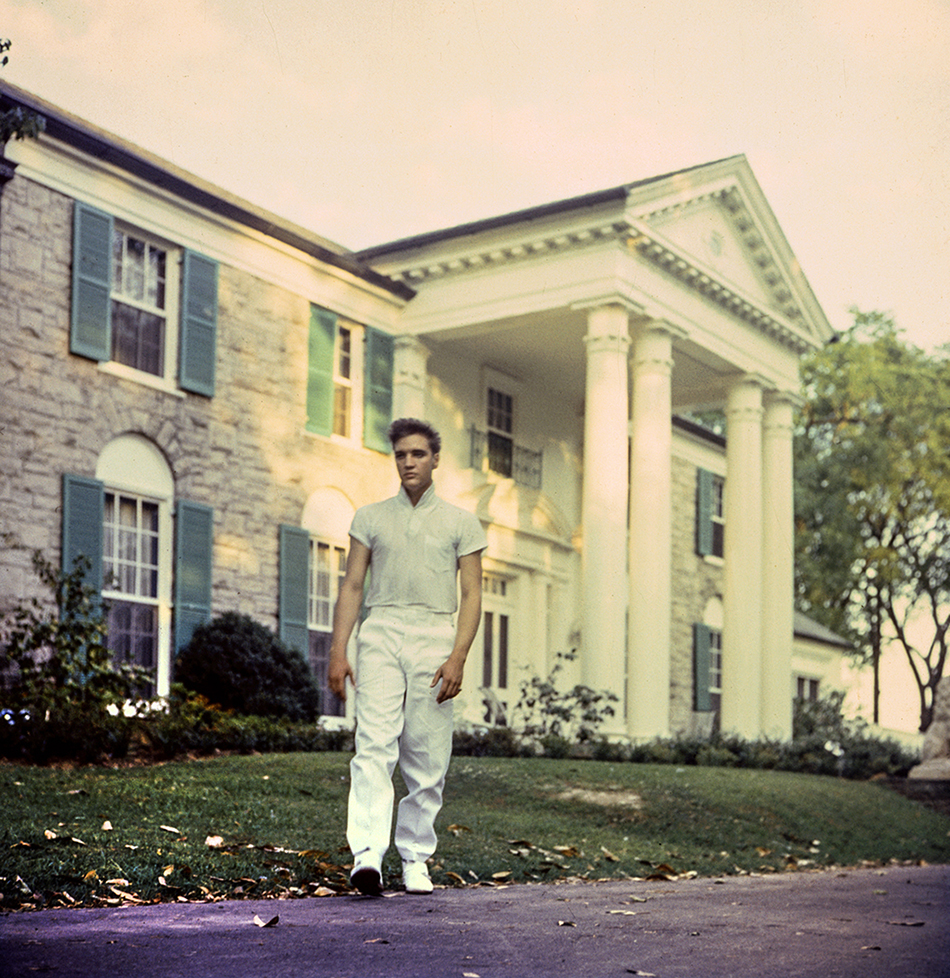 It offers an exciting experience touring through Elvis’ former home. But some things are kept a little more private. The upper floor of the mansion is not open to the public, but don’t feel too bad…
Considered his private sanctuary, the place he lived and loved, only former wife Priscilla, daughter Lisa-Marie and the Graceland curator are allowed within its hallowed halls. So you can be sure to still get the fullest experience on offer when visiting the iconic home.
Graceland comes in a smooth second in the most visited homes in the USA list, attracting over 500,000 fans a year, falling just behind our next stop off… 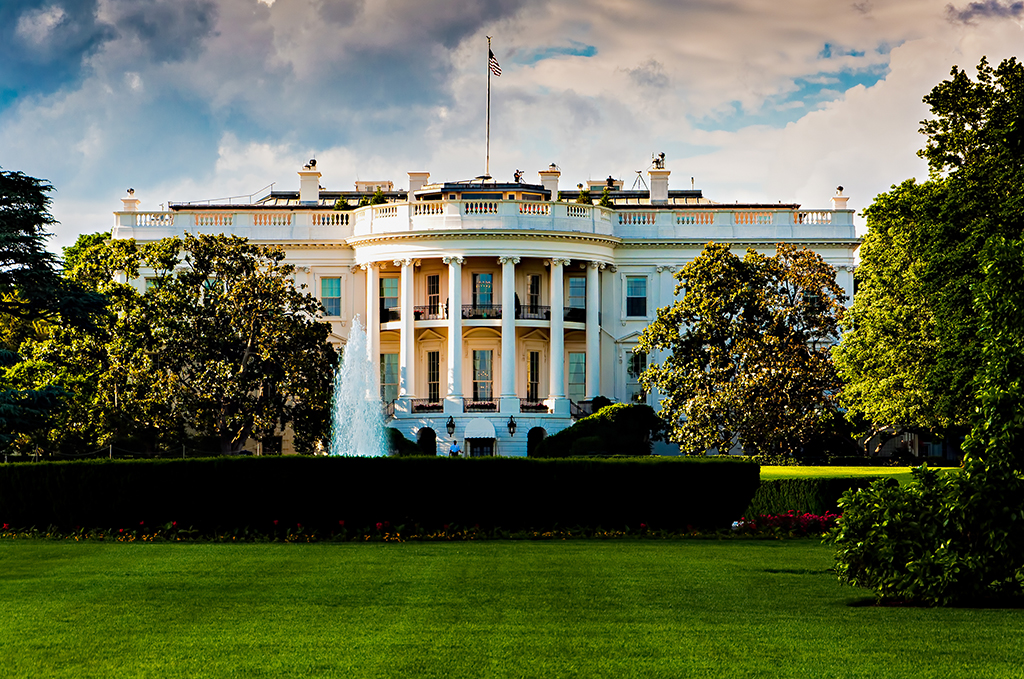 Home to possibly the biggest star in the USA, the presidential home is the most visited house in the USA. And, it’s certainly of presidential proportions.
Despite what you may think of the man in the oval office at the time, it’s a fascinating place to visit. And, best of all? It’s free to get inside!
Each week, the White House has over 30,000 visitors. But, it doesn’t end there, they also receive 65,000 letters, 3,500 phone calls and 100,000 emails! So, they could certainly do with the extra hands, lucky there’s an extra resident on hand to help them out…
Winston Churchill reportedly saw the ghost of Abraham Lincoln whilst staying in the former president’s bedroom. It’s said he was just getting out of the bath at the time, lucky he didn’t slip! 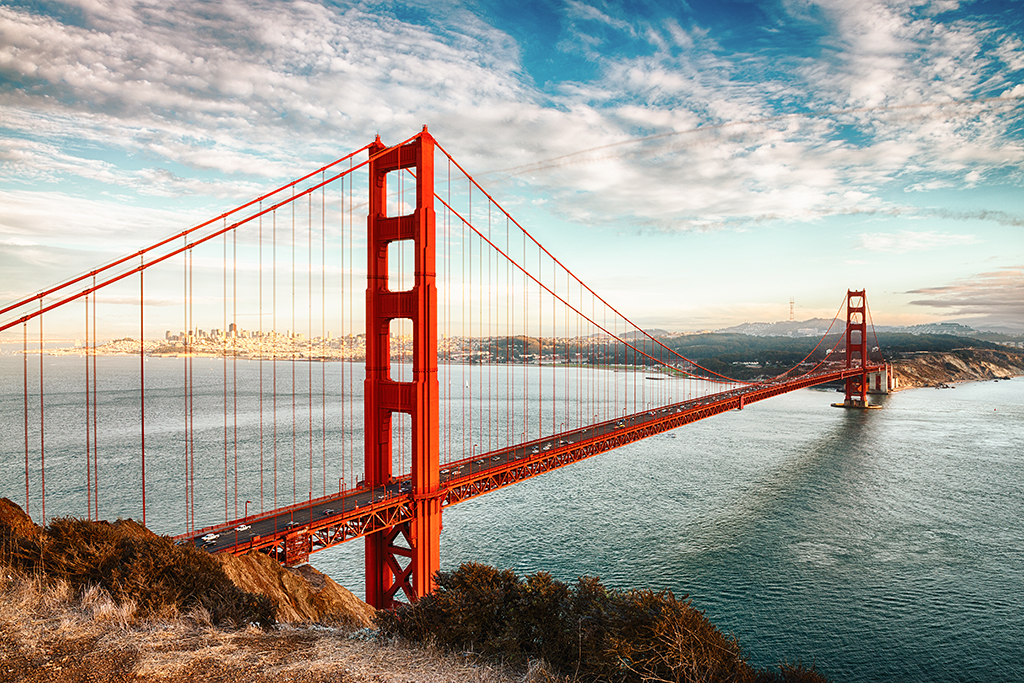 The birth place of Bruce Lee, Clint Eastwood and Steve Jobs, San Francisco hasn’t just brought us the best of film and technology, it’s also one popular place to visit.
Attracting 18.9 million visitors in 2015 alone, if you’re looking for former celebrity haunts, you’re in the right place.
The impressive China Town area is actually the birth place of Bruce Lee, and it’s the largest of its kind outside of Asia. There are temples, tea houses, souvenir shops and traditional pharmacies and if you’re visiting during a Chinese holiday or event, you can expect some extravagant celebrations. 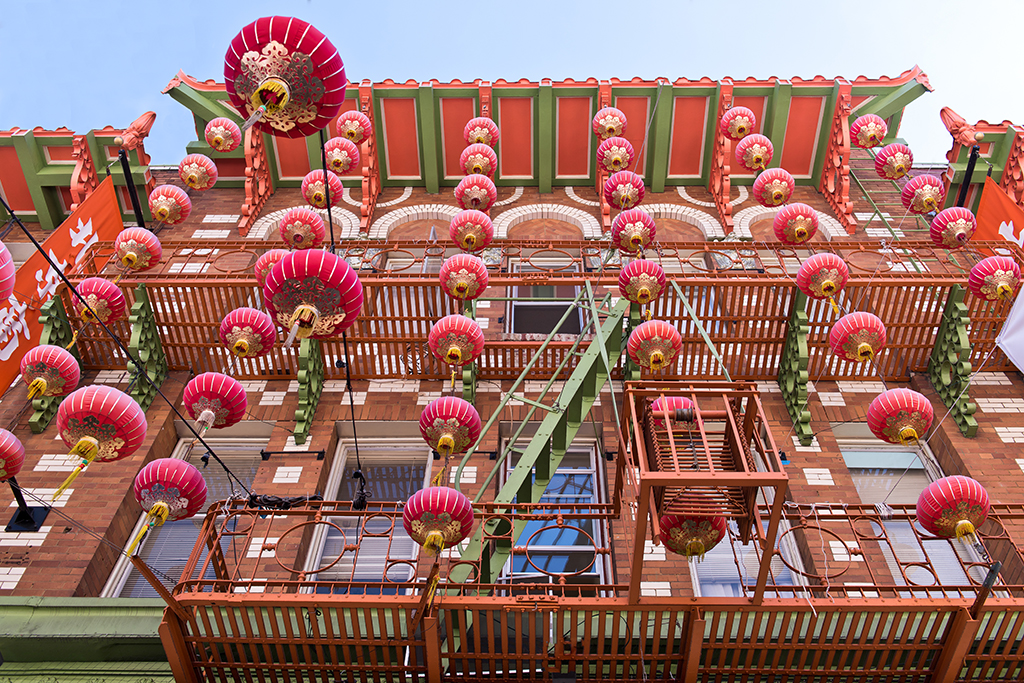 And, if you’re looking for a popular celebrity haunt, The Slanted Door in San Francisco Bay is not only one of the most popular restaurants in the city, it’s also attracted stars such as Mick Jagger, Keith Richards and Quentin Tarantino! 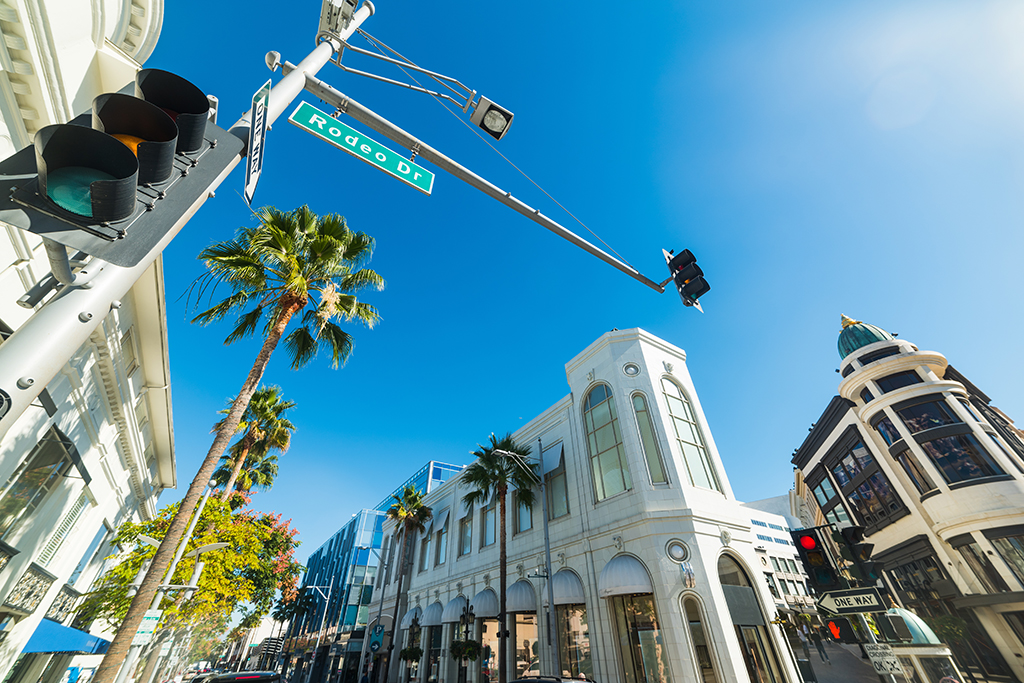 Of course, the home of the rich and famous, Beverley Hills has not only attracted the elite for decades, but the tourists seem to love it too!
Judy Garland lived on Bel Air Road, Michael Jackson and Walt Disney on Carolwood Drive and John Lennon on Mulholland Drive, so you can see why the Hollywood Stars’ Homes tours are so popular.
But if you’re thinking less about peeking into houses and more about living the lifestyle, Rodeo Drive is a great place to visit.
Not only is it a shopper’s paradise, it’s also starred in over 50 films! From Beverley Hills Cop to Pretty Woman, you can walk in the footsteps of Julia Roberts and Eddie Murphy on the picturesque and pretty famous street. 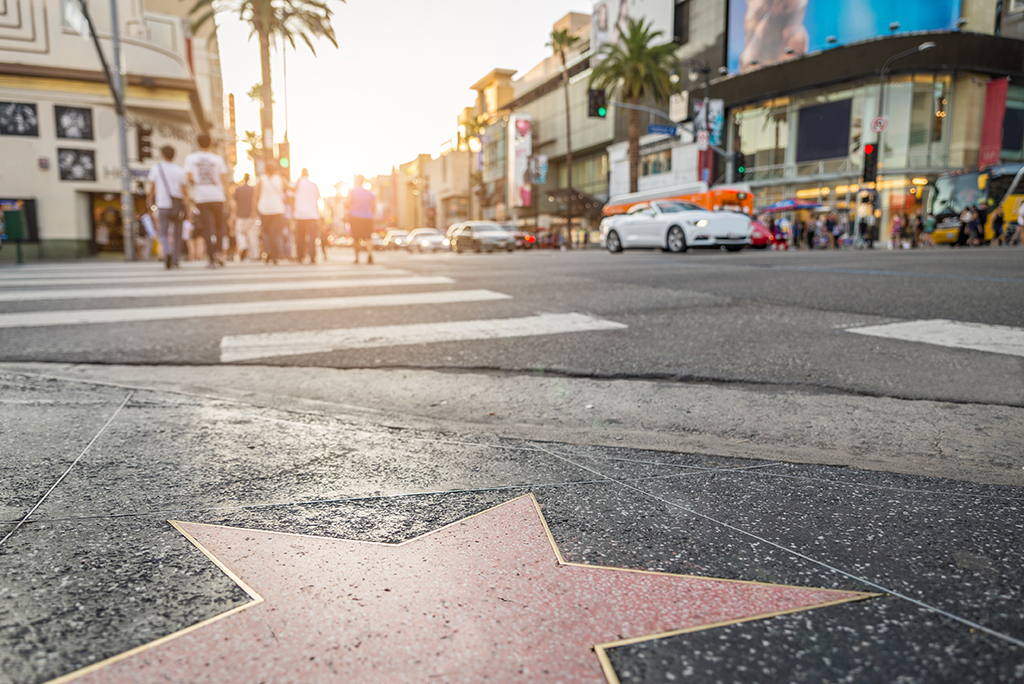 How could we not mention the world famous, Hollywood Walk of Fame, where any star who is a star has a star! Visiting the Walk of Fame is almost a rite of passage when in Los Angeles.
Honouring luminaries in film, television, radio, theatre and recording, the sidewalks of the famous Hollywood Boulevard have taken over tinsel town since the 1960s, and it’s still just as impressive today.
Everyone’s favourite stars from Richard Bacon, Doris Day, Aretha Franklin and the Backstreet Boys have their names adorned on the glistening footpaths. And if this isn’t the best way to reach the stars, we don’t know what is. 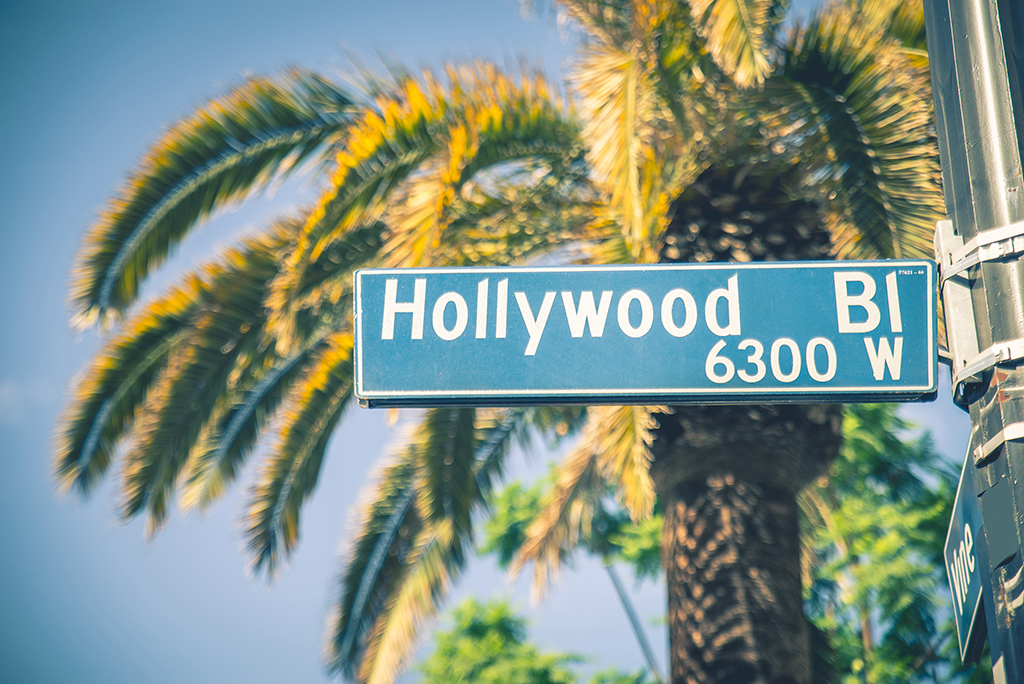 It’s also just a stone’s throw away from the Hollywood Madame Tussauds, meaning you can (almost) get up close and personal to the stars, too!
Thinking about heading off on a dream tour of America? With our fantastic selection of USA holidays, you can take in some of the most popular destinations worthy of anyone’s bucket list!
From New York to Miami, the West Coast or maybe a cross country journey travelling along Route 66, we’ve got it all. Fancy taking a look, they’re all available, here.